You walk into your apartment, sit down on your desk chair and turn on your computer. After connecting an external hard drive, you boot up RETINA, an NSA reporting tool, and type in “LOVE”. A video of a man talking to the camera appears on screen and he says… “I’ve only ever been in love once”. This is how Telling Lies begins. A wonderful story-driven experience about four private lives intertwined by one big lie (and at least a couple more.) As the unknown computer user, of whom you catch a glimpse in the monitor’s reflection, you must unravel a web of mysteries and deception by searching through secretly recorded video conversations.

I’ve always confidently believed that deep down all humans are detectives. We always want to find the answer behind events that leave us baffled — be it a breakup, death, getting fired or a simple argument. As the spiritual successor to Sam Barlow’s Her Story, Telling Lies does just that: awakens the inner detective inside all of us. Be prepared to solve a storytelling puzzle in this very “meta” experience where you use your computer to find the truth behind more than one hundred full-motion video files by controlling a character sitting at their computer watching said videos.

To keep the game as spoiler-free as possible, I won’t go into details regarding the identities of the story’s four main characters. Suffice to know they are a nurse (Kerry Bishé from Argo), an environmental activist (Alexandra Shipp from X-Men Apocalypse), a webcam model (Angela Sarafyan from Westworld), and a mysterious man (Logan Marshall-Green from Spider-Man: Homecoming). All characters are somehow connected and there’s no right way to lead this investigation. As you watch and analyze the videos, you’ll notice you’re able to pause, rewind and forward them. The catch is every video represents only one side of a diverse conversation. It’s like having access to only person’s side of a video call. This means you have to figure out who that character is talking to based on clues such as the context, keywords and file details (length and/or date.)

That’s why paying attention to the dialogues is crucial. Subtitles display every line and you may click any word to research the database for videos containing them. No matter how many files might contain the word you’ve searched, only the first five results are displayed. Once you click them, you’re taken to the exact moment in the video where that word is spoken. This forces you to go back and forth through the video in search of more words. As an example, it is not by chance the first one is “LOVE” as it presents different paths to explore. 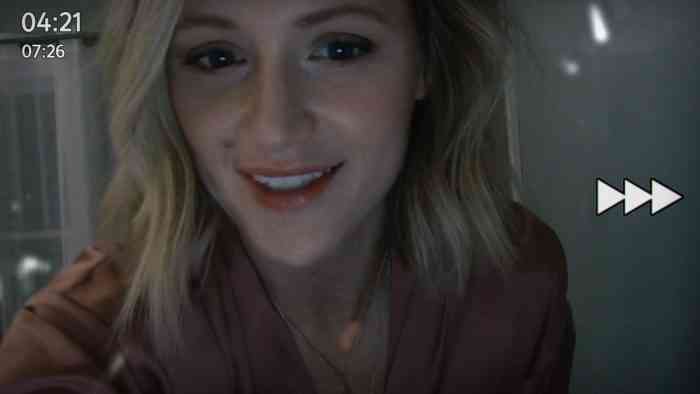 Telling Lies isn’t particularly long, which is great, but throughout my six-hour journey, I lived both very immersive and very boring moments. Allow me to explain.

On one hand, this is a very smart game which elegantly uses its interface to seamlessly draw you into its world. Through a cinematic approach and videos with live-action actors, it does feel you’re investigating real people’s lives. I applaud that! During the moments I was intensely engaged, the hours flew by as I felt like a true detective, took notes and mapped the character connections. I hinged on every word looking for anything that could hint at another thread to unravel, all while listening to a soundtrack that does a perfect job of setting the tone while never breaking your immersion. Plus, there’s a very cool inclusion of the song Desire’s “Under Your Spell” (you’ll recognize it from the movie Drive.)

You’re On The Clock

The acting is generally pretty good and strengthened by a very well written script abound with intricately woven dialogue. Designing this sort of branching experience is very challenging (I share my sympathy as a fellow narrative designer) as it changes drastically according to the keywords players decide to search. It is a brilliant example of how a single “embedded narrative” structure (such as the game’s script) can lead to completely different “emergent narrative” player-driven tales. The flowchart for this game is certainly massive and involves not only hundreds of dialogues, but also a web connecting each of them. I’d love to see a linear deconstruction of the story’s events — which, in fact, could’ve been an interesting “timeline tool” for the game. Speaking of time, there are little touches that enhance the immersive experience, one being the in-game clock. Take notice of it as you progress and pay attention to its role in the story. 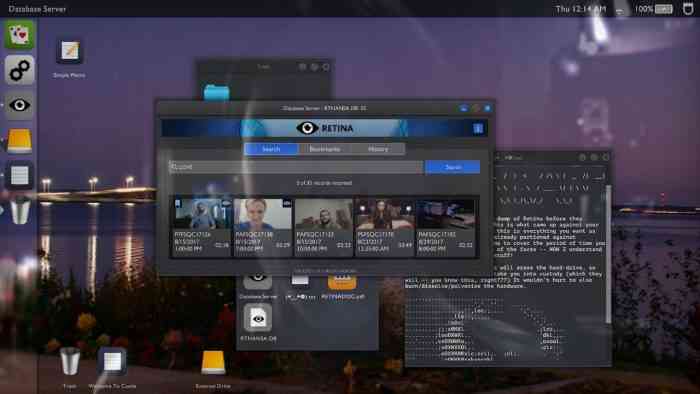 Despite all of this, Telling Lies is not perfect. It’s actually curious to note that what makes the game unique can also frustrate players. The game’s interface might be novel, but it’s also bureaucratic and clunky. Even if the search tool is the result of conscious game design decisions, I kept asking myself, “Why do I have to rewind a video if it’s digital? Why only five results per query? Why can’t I filter all videos by date? Why can’t I take notes while watching a video?” In fact, there is a notepad in the game’s desktop, but I found it easier to ALT+TAB to my text editor, which indicates the in-game tools failed in their purpose.

Also, observing characters in silence as they “listen” to the other side of the conversation is only tolerable for a couple of times. Rather than investing more time into watching new footage, you have to spend countless minutes slogging through the silent sections or holding the mouse to skim the videos. Unfortunately, those were the moments where playing the game felt like a chore.

In sum, Telling Lies represents a niche genre that explores interactive storytelling in a very unique way. The game’s director, Sam Barlow, evolved the Her Story formula, but at a cost. After all, what makes the game so good also reveals its flaws. The ending, for example, can feel very anticlimactic depending on how you uncover specific videos. Still, as the saying goes, “Life is a journey, not a destination.” And Telling Lies is quite a journey — hopefully, one that will inspire many more story-driven games to come. Now go, awaken the sleuth inside you.

***PC code provided by the publisher.***

Her Story’s Creator next Game Will Be Called Telling Lies
Next Contra: Rogue Corps Review – Not My Contra
Previous Siege of Centauri Review – Drowning in a Saturated Market