Siege of Centauri Review – Drowning in a Saturated Market

Back in the days when I was a growing gamer in South Korea, one of the first games I spent a lot of time with was Starcraft (how stereotypical). I was just a kid so I wasn’t doing crazy 300 APM micro/macro stuff you see pros do, I was there for the carnage of blood and bullets—which player-made tower defence maps provided in spades. The TD genre is still alive and kicking today. Similar to the olden days, user-created content is big for TD (DotA 2 comes to mind), but once in a while, we see a standalone title popup like Siege of Centauri. Made by Stardock Studios, the developers responsible for titles like Sins of a Solar Empire: Rebellion, the question comes down to this: what makes this one worth playing over the others?

The core of the game is exactly what you’d expect. You are given a map with predetermined paths your mindless enemies will follow, and you build towers on the high ground. The tower variety is high but nothing new, a cheap tower, a slowing tower, a long-range tower, splash damage tower, et cetera. The enemy units have different strengths and weaknesses so you have to change up your strategies depending on what they throw at you. To add in a bit more complexity, there is a bit of loadout meta-gaming in choosing which towers to take onto the level, and where you spend upgrade points, This can drastically alter how towers function.

Although not completely original, the most interesting thing about Siege of Centauri is being able to utilize energy to call down help when things get overwhelming. This can range from reinforcement units that will fight on the ground and orbital bombardment to sending the enemies back in time. On higher difficulties utilizing these powers intelligently plays a key factor in overcoming the challenges.

The campaign is perfunctory. It has a decent storyline and good voice acting to back it up but the story isn’t what’s in focus here. Rather, it serves as a tutorial for the game so you can learn each tower and ability’s uses one at a time, rather than being given fifty choices in your first game and thrown to the wolves. 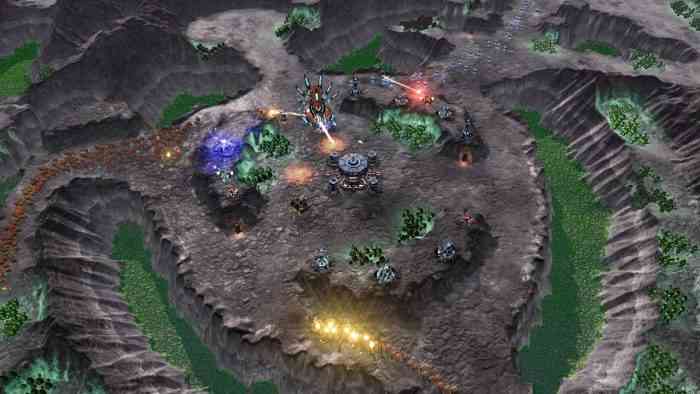 Presentation-wise, the game isn’t pretty nor ugly. Are you seeing a pattern of mediocrity yet? I know for most of the game, you are sitting back watching the blender turn, but that doesn’t mean they couldn’t have done something more interesting to get the player excited once in a while. I think the powers could have filled that spot. I was disappointed, to say the least, when I fired up my orbital death laser for the first time and just got a laser pointer instead.

The sound design, however, is the only aspect of the game that I can say wasn’t meh, it was straight-up bad. Funnily enough, just like when this game is good, it isn’t great, when it is bad, it isn’t terrible. The sound didn’t ruin my experience but it is quite repetitive because all the towers only possess a single firing noise each.

All in all, Siege of Centauri felt dull after only a few hours of play. The game isn’t bad in any way, it just doesn’t provide anything interesting to the people who’ve already poured hundreds of hours in the genre. The competition is also stacked with plenty of tower defence games available for free online or on your phone. Lacking a defining feature also makes it hard for me to recommend it to anyone specific, and there is also no online functionality outside of user-created maps and leaderboards. There was not a single risk taken and I didn’t feel a hint of passion in Siege of Centauri. If there ever was a game that felt phoned-in, this is it. 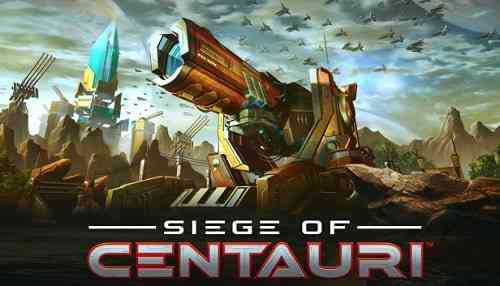