Green Hell Review – Welcome to the Jungle, It’s Not All Fun and Games

The best way I could describe Green Hell, and specifically, its story mode would be a first-person take on 2013’s Tomb Raider reboot. I say that because in that story Lara was learning how to survive in a harsh environment against hostile locals. And Green Hell at its core is pretty much the same, minus some of the heavier supernatural bits.

The story mode starts you off with your girlfriend returning to an island you’ve been to before. It’s where you, the main character, discovered a lost tribe that had never seen outside humans before. You then took it upon yourself to write a book notifying the world of this tribe, causing immediate tension.

So you’ve returned to attempt to right the wrongs and your girlfriend will be the one to do it. As you land on the island on your little boat and make your way to your encampment, everything seems reasonable.

And then it all turns to crap overnight. Without any major spoilers, some stuff goes down, and you’re left on your own to fend for yourself in this wild jungle island.

What’s impressive about Green Hell over other games in its genre is how absolutely everything seems to have an impact on another thing or is usable in some way. There’s a crafting system, and it has real layers to it. Sticks can be used to make torches or campfires, but can also be fastened with rocks into a hatchet. The hatchet is then throwable, giving you access to coconuts that are impossible to reach without ladders. Coconuts have water in them that’s safe to drink but you can also use the shell to capture rainwater. And so everything cascades upon itself in interesting ways that will make your self-discovery enjoyable as you fight to live. 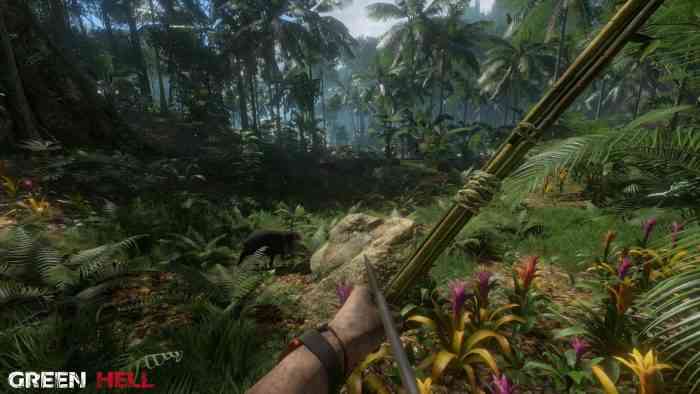 If I had any bones to pick it’s not being super aware of certain concepts right away until too late. For example: not knowing I needed a bedroll of some sort to save my game, then dying to a bad snakebite an hour into foraging and losing all progress. Heartbreaking. Sure, now I know I need the bed but I’m not a huge fan of blind trial and error when it can be an hour’s worth of penalty.

If you get bitten by a venomous amphibian, you may be fine, but if it’s a bad bite you’ll likely need antivenom. How does one find herbs that have antivenom? Well, you’ve got to just figure it out, or have sampled the right herb by chance in order to get what you need. This kind of trial and error is fun on a discovery level but can frustrate on an immediate survival level when the clock of doom starts ticking.

This difficulty is compounded by the game’s food system that on the default requires you to maintain four separate bars at all times. Where most games have water and food as your daily upkeep, Green Hell puts your management of all things to the test. You better be making sure you’re maintaining all levels of nutrients and protein and water, but then let’s add a fifth thing to keep an eye on: sanity.

Sanity dips in odd ways and it can dip quickly. Leeches hanging out on your skin for too long can get you to hearing voices. I know people could go insane by themselves in a harsh environment (I saw Tom Hank’s Castaway), but sometimes it all feels like a bit much and while maybe it’s realistic, it makes for a frustrating game experience when you go from feeling fine to paranoid mad hermit quickly. 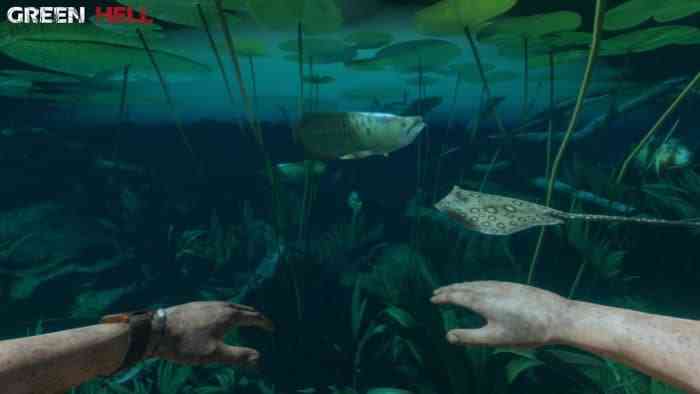 That being said, Green Hell’s forest is lush and a pleasure to look at. As you traverse, hunt and explore, you’re often treated to beautiful vistas and verticality. Weather effects like heavy rainstorms add to the ambiance and pull you in while the animals traipsing about to potentially ruin your day maintain a healthy level of tension.

Graphically it’s a treat on a decent PC and you’ll find you can lose yourself easily in the routine of finding water, gathering, hunting and building. And if the story isn’t your jam, Green Hell has a straight-up survival mode and easier difficulty settings where you can just focus on the fun bits without the survival meter management bits.

If games like The Forest were up your alley, I do recommend giving Green Hell a shot. However, if you’re easily frustrated by obscure deaths vs trial and error, I’d recommend starting out at the easier difficulty so you can enjoy what it has to offer without needing to wrestle in frustration. 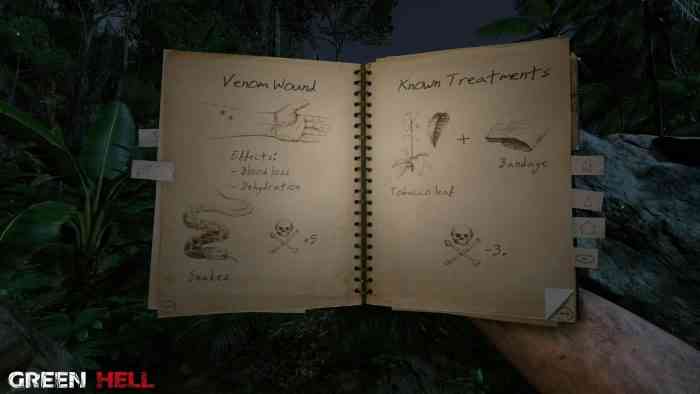 ***PC code provided by the publisher.***

Tchia Blends Music and Magic
Next Siege of Centauri Review – Drowning in a Saturated Market
Previous The Sims 4: Realm of Magic Review – We’re Off To See The Wizard