Clockwork Aquario Review – Back To The Arcade

The 80s and 90s saw mullet-sporting gamers rush to the nearest arcades to play the latest colorful action platformers. As technology progressed, and games moved to the third dimension, a plethora of titles were shelved for the next craze. After nearly 30 years, Westone has finally dusted off the previously canned, Clockwork Aquario, but will it be more than a nostalgic trip to the 90s?

Evil Dr. Hangyo is on the loose, doing his damnedest to take over the world. As either Hack Rondo, Elle Moon or a robot named Gush, you must battle multiple enemies in order to stop the evil genius from global domination. Each of the characters is distinct in their appearance, perfectly representing 90s video games of the genre. The large sprites, dominate the screen and help to add personality to the game. Although the stunning pixel art is beautifully rendered, the designs do feel a little overly familiar and don’t offer any real innovations.

Each stage has a lovely natural flow that compliments the combo-based, high-score-focused gameplay. Enemy positions allow you to bounce across a number of characters, gaining multipliers as you do. Building your score will fill up a meter and eventually grant you an extra hit point. This adds an element of replayability to stages. Identifying routes and maximizing your score is addictive but the lack of online leaderboards means you can only compete locally.

Stages include both a sub and end level boss. These require you to avoid a barrage of attacks and counters by either jumping on their weak spot or by hurling another foe towards them. Antagonists are imposing due to their size and design. Each is unique, making you read attack patterns to work out the best way to conquer your foe. Unfortunately, whilst the bosses vary from one another, the fights themselves stick to the same formula. Modern battles tend to have various stages that build momentum and make you alter your strategy throughout. However, in Clockwork Aquario, fights stick to one sequence which feels quite dated. 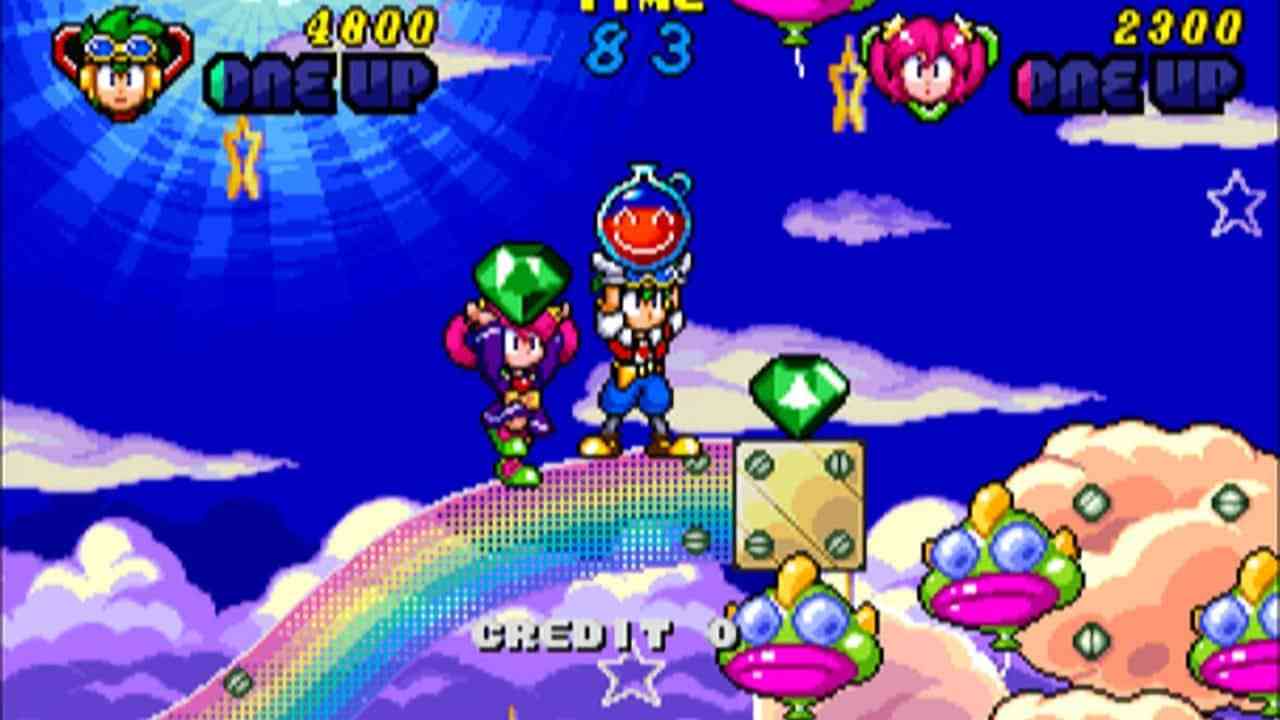 Due to the simple and accessible controls, anyone can drop in for a co-op experience. Here you can help each other by throwing your partner at oncoming enemies or sabotaging their run to ensure that you get the highest score. After completing the game, you can also continue the multiplayer madness in a fun 2-player battle mode.

The feeling of the arcade is present throughout. You are able to personalize the aesthetics to replicate an authentic experience or play a high res version of the game. With a high difficulty level, you only have two hit points per life, however, this can be replenished by collecting health items that can spawn after beating an enemy. Similar to Ghosts ‘n Goblins, the damage has a visible effect, altering your character’s appearance. This is a great way to easily recognize your health status and react accordingly.

Alas, the number of modes available is rather disappointing. With only three difficulty levels that alter the number of credits and a bog-standard arcade mode, the game is barebones in terms of content. Connoisseurs may enjoy the chance to tinker with the arcade board but many will completely skip over this option. Modern releases of classic titles from the era often come packed with a wealth of content that gives insight into the development and creation of the game. With Clockwork Aquario’s fascinating history, it would have been interesting to learn about the game’s origins and how it was brought back to life after 28 years. Unfortunately, the only additional features are the soundtrack and gallery. Whilst the lost artwork, original and remixed score by the legendary Shinichi Sakamoto is excellent, the lack of interviews seems like a missed opportunity.

Clockwork Aquario is a product of its time. The short game length and high difficulty are similar to its 90s counterparts. Unfortunately, due to this, there aren’t many reasons to revisit the game after playing through the meager number of stages. The score-based gameplay is a fresh twist and makes for an addictive platforming experience. Gaining multipliers and working out routes is fun whether playing on your own or with a partner. Even with its beautiful, chunky pixel art and vivid backgrounds, the game’s shortage of content and high price, make this a forgettable re-emergence rather than a celebrated return. 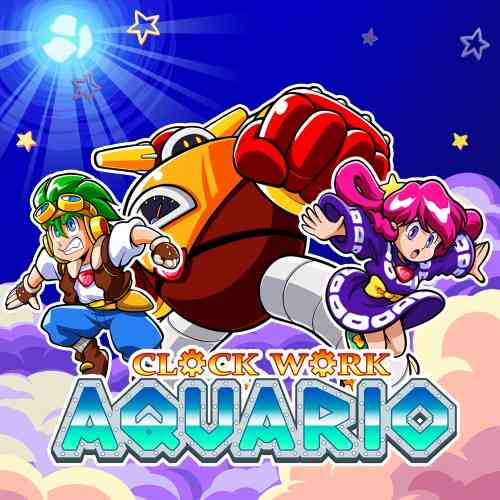 3D Platformer Loopmancer Will Launch In Mid July On PC
Next Big Brain Academy: Brain vs. Brain Review – Cerebral Squat Thrusts
Previous Medal of Honor: Above and Beyond Review – Bringing the Fight to VR