Medal of Honor: Above and Beyond Review – Bringing the Fight to VR

Medal of Honor: Above and Beyond Review

World War 2 and video games have gone hand in hand almost as long as Grandpa’s been regaling us with his war stories every Thanksgiving (which, for the record, we never get tired of hearing). But the relatively-new virtual reality game platform has thus far been largely overlooked until now — Medal of Honor: Above and Beyond finally brings the fight to Oculus Quest 2 headsets.

We’ll get to the game’s action in a moment, including the Campaign and multiplayer. But first, it must be pointed out that this title is a monster in terms of file size — it weighs in at over 45GB in all, making it a good ten times larger than most titles currently on your headset. If you’re looking to buy Medal of Honor: Above and Beyond and you’ve got the 64GB Oculus Quest 2, be ready to delete almost your entire game library to make room for it.

Once you do that and wait an hour or so for this behemoth to download, Medal of Honor: Above and Beyond offers both a full single-player Campaign and PvP Multiplayer modes. In the Campaign, you play as a new recruit to the OSS (forerunner of the CIA) who joins a band of French Resistance fighters working to undermine the Germans in post-D-Day France. 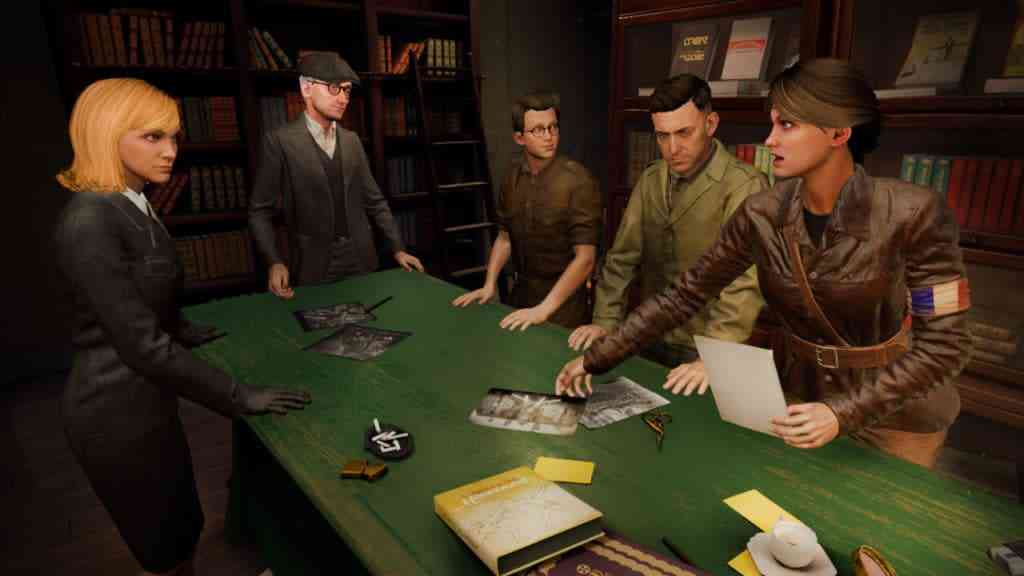 The Campaign has a nice variety of missions that have you doing some really cool things like apprehending key targets, obtaining needed intelligence, even some heart-stopping action sequences like motorcycle chase scenes and daring rescues — there are so many fantastic moments in Medal of Honor: Above and Beyond that, like the excellent Blood & Truth, it’s not so much a war game as an action flick that you play in first person. But don’t worry, you still get to shoot plenty of Nazis in the face, too (cue rousing patriotic music).

It’s a really well-done Campaign and surprisingly lengthy for a VR title. The writing is solid, even a bit cheeky at times, despite some wooden voice acting. It sometimes leans a bit too heavily on long cut scenes, though, with short combat sequences sandwiched by overly-long scripted parts where you’re reduced to a (strangely short-statured) mute observer. It seems at times like just when you’re really getting into killing Nazis, you’re forced to stop and wait a while until you can play again. There is an option to skip cut-scenes using both Touch triggers, but that would leave you completely confused as to what is going on. Luckily, the action, when it does resume, is worth the wait. 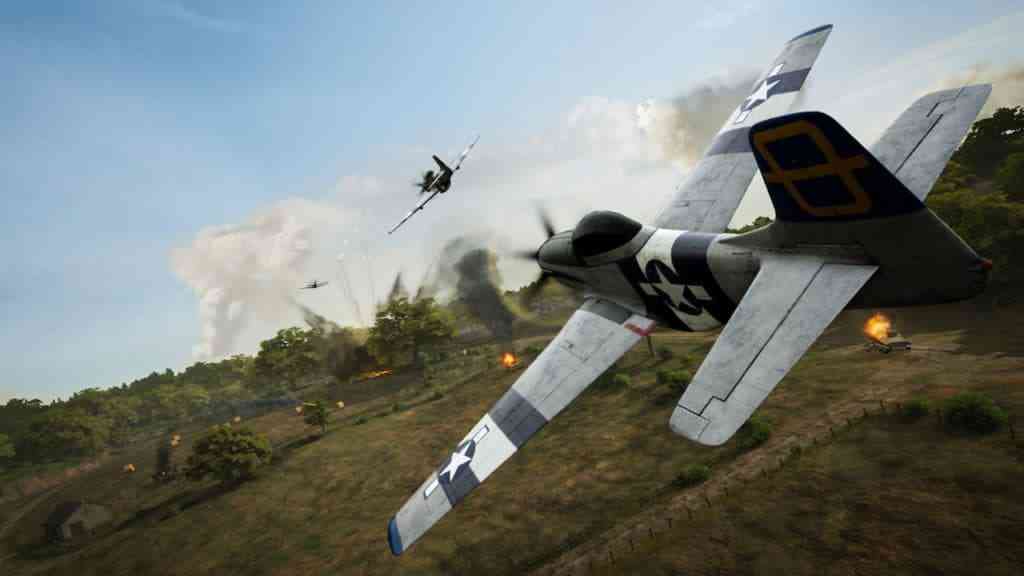 In terms of gunplay, which is a major part of what you’ll do, it’s fun and well-executed. You’re given a variety of guns, from handguns to machine guns to rifles. They’re all readily available by reaching back and grabbing with your Oculus Touch controller in what is an intuitive and easy system. Holding, aiming, and shooting in Medal of Honor: Above and Beyond’s 3D environments all feel authentic, even down to the way you physically replace your magazines and clear the chamber. And healing by sticking adrenaline syringes into your chest is … well … weird, but also good?

Despite the latest-gen-like file size, Medal of Honor: Above and Beyond’s visuals aren’t a strength. Character models aren’t too bad, although their uncanny-valley eyes were distracting. But other assets, like plants and scenery, are, at their worst, PS3 era bad. Honestly, at times it’s immersion-breaking. That, combined with sparsely-detailed environments, can give Medal of Honor: Above and Beyond’s missions a slightly artificial feel, as of a Westworld-esque amusement park shooting gallery (but an admittedly fun one). That’s not even mentioning the bugs, which cause fallen enemies to sometimes twitch after death, and annoyingly, allow many a German shooter to hit you from behind walls.

There are Multiplayer modes as well, and unlike some Oculus games I’ve played recently, they’re actually well-populated. I found them reasonably enjoyable, but there are definitely still bugs to iron out. Stuttering and rubber-banding are an issue, as well as a less-than-optimal frame rate during crowded moments. Maps are also small and confined, which I heard other players complain loudly about often. Fortnite’s dominance is in no danger from Medal of Honor: Above and Beyond’s multiplayer, but still, it was nice to see an Oculus title that has multiplayer as a viable option at all. 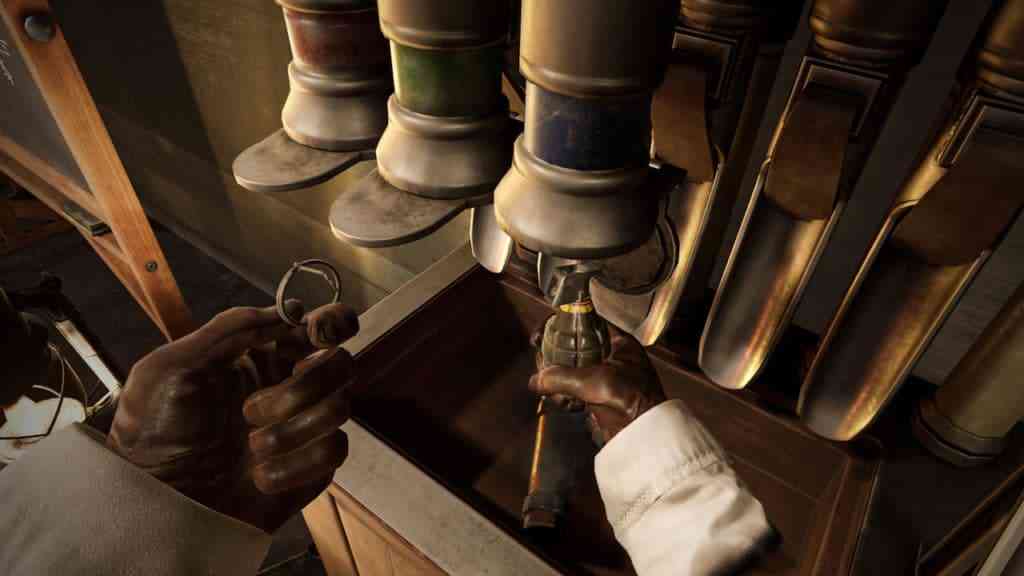 Medal of Honor: Above and Beyond, if nothing else, represents a symbolic step forward for VR game platforms like the Oculus Quest 2. It’s the closest thing to a AAA title I’ve played on my headset yet. I don’t know if its nearly-50GB file size is warranted given the so-so visuals, but I did have a lot of fun with the Campaign missions. I’ll still wait a while for the multiplayer to work out its kinks, but I can see myself enjoying that eventually, too. All in all, I’m not sure if Medal of Honor: Above and Beyond would do Grandpa proud, but if you own an Oculus Quest 2, it’s a fun experience and worthy of your time.

Wands Alliances Review – It’ll Put a Spell on You
Next Clockwork Aquario Review – Back To The Arcade
Previous The Sims 4: Blooming Rooms Kit Review – Going Green