CastleStorm 2 is like a modernized Warcraft in the best ways, with RTS elements that exchanges fog of war for clouds of concealment and battles that play out less like a turn-based war, and more like a tower defense in which you can take control of one of the combatants on the battlefield. CastleStorm 2 improves on every aspect of the original title, while brilliantly updating the visuals to an artistic style more comparable to Warcraft than Worms. There are many reasons to download the Epic Games Store these days, with their constant freebies and sales, but CastleStorm 2 may be the one Warcraft fans clamber for after the tremendous disaster that was Warcraft III: Reforged. Zen Studios are the brilliant minds that brought back pinball games in a big way, now with CastleStorm 2 they look to bring back strategy games in a big way.

The characters and limited but likable voice acting combined with the gorgeous cartoonish visuals of CastleStorm 2 and the catchy and relaxing music create a fantastical setting comparable to the classic Warcraft III RTS. The visuals of the original CastleStorm were significantly limited in comparison to CastleStorm 2, likely due to the usage of Unreal Engine 4 which continues to be a great developer tool. I like that the game swaps the traditional black fog of war for a fittingly cartoonish cluster of fluffy clouds. Allied characters aren’t the only colourful members of CastleStorm 2’s cast of characters, with all enemies showing some sort of character from the vengeful spiders to the dopy troops, and the fierce Cordova Marauders.

Like any other strategy game out there, CastleStorm 2 involves managing multiple systems to make the ideal kingdom, the strongest army, and the most important thing, ensuring your kingdom is fed. You must build farms to get the necessary food, clear stone golems from mines and quarries to gather other resources, and collecting wood is important to continue to build these structures on hexagonal spaces inspired by Sid Meier’s Civilization V. The game includes a fairytale-like narration and rhyme scheme, but the in-game dialogue is almost entirely comedic, including NPC’s with comedic names and the humor of one character playing off another quite well. CastleStorm 2 had me laughing out loud multiple times while providing challenging RTS tower-defense gameplay that keeps me fighting after every defeat.

CastleStorm 2 is quick to emphasize the importance of action points, but it’s easy to forget after defeating a boss or inversely being defeated by the said boss. In this way, the otherwise great UI is limited, but I only felt confused the first time a battle started in the traditional CastleStorm tower defense way after an optional tutorial that almost entirely focused on the ability to take control of one of the warriors on the battlefield, primarily the protagonist Sir Gavin. As each turn goes by, resources are generated depending on which structures you have constructed, and action points are regenerated. It’s necessary to allow your enemy to take their turn before you can progress from one exclamation point to another as it’s a turn-based strategy game similar to XCOM 2. 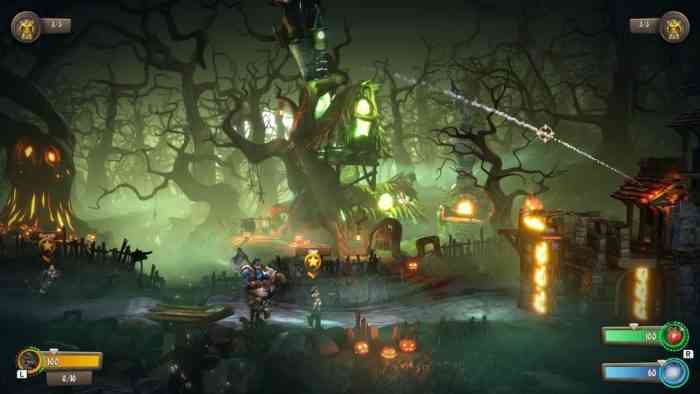 My biggest issue with CastleStorm 2 gameplay is the confusion on which battles require you to secure the enemy flag, and which ones are strictly wave-based battles. Going into the battle, it doesn’t tell you, and figuring it out requires just playing the battle and progressing along the 2.5D battlefield. Both defending and attacking castles require you to capture an enemy flag, with the latter requiring the complete destruction of the enemy’s castle before finding the flag. It’s important to have backup while you carry the flag back to your camp or castle because being attacked or defending yourself will result in the flag being dropped and the possibility for the enemy to secure and return it. After being attacked, it’s necessary to repair your castle and replenish your troops before getting attacked again, but playing through the campaign typically keeps Sir Gavin a long distance away from home. While it’s possible to clutch a victory from strictly the overview perspective, battles are much easier and unfold better when you’re juggling between third-person limited and third-person omniscient points of view.

Army and Castle management allow you to tactically prepare for any potential encounter and they allow you to customize your castle and troops to give yourself the best edge when you possess one of your troops. The game isn’t subtle about this ability either, specifically calling is possess as if your mouse cursor is Cappy from Super Mario Odyssey. Just like my first delve into World of Warcraft, I opted for the Paladin’s when CastleStorm 2 forced one of the big early decisions you’ll make while playing through the campaign. Blueprints are collected while exploring and after defeating enemies and they can be used to further improve your castle for battle. You can swap arrows loaded in your ballista for morning stars that slow your enemies rather than damaging them, or swap your archers for Paladins to get up close and personal.

The comedic storytelling isn’t going to keep all of the NPC’s in CastleStorm 2 happy, as Sir Gavin has a reputation meter to manage as he quests through the kingdom. It’s necessary to defeat enemies because if you lose a battle, Sir Gavin’s people will not like it. Who knew losing was so unpopular? Choosing positive actions over negative actions when the story branches will bring your reputation up, while enemies encroaching on your kingdom frequently will drag it back down. Despite the game having traditional systems to manage such as economy, resources, etc. I found this system the hardest to juggle while I was moving from objective to objective in an effort to expand on my castle more and more. 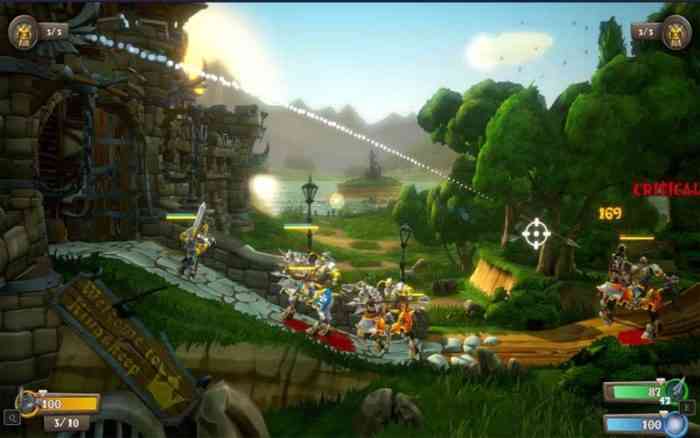 The beautiful art and sound design of CastleStorm 2 significantly upgrade the series from the original game, but the gameplay is the precipice of this Zen Studios title. Battles vary, making constantly managing your army and castle very important. Troops can be trained and equipped, castles can be fortified and weaponized, and the game even includes abilities such as a lightning storm to call down upon their enemies as part of the arsenal. The tower defense gameplay was already well done in CastleStorm but CastleStorm 2 builds on the formula exceedingly well, and the ability to possess whichever troops on the battlefield I want to secure a victory makes each battle vary in some way.

There are aspects of the UI that can be improved for CastleStorm 2 to be a perfect combination of strategy and tower defense, but right now there are some issues that should be addressed. All of the issues with the game are easily patched in the future, likely making it a future must-buy. The storytelling makes taking control of troops on the battlefield more personal because Sir Gavin met one of them before they joined his ranks.

The gameplay is fluid, the visuals are stunning (other than some motion blur) and the music and ambient noise make this Zen Studios experience quite relaxing outside of combat. It’s not quite an Epic Games Store platform seller but combined with all of the freebies they offer, RTS and tower defense fans should definitely consider jumping on board CastleStorm 2 for an experience that I’d expect from a modernized Warcraft game. 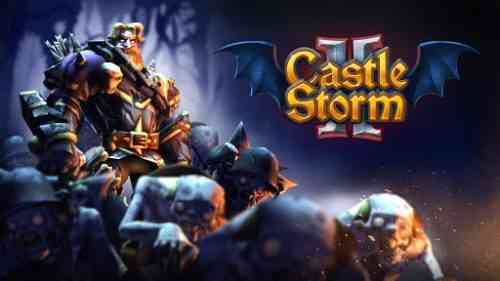