The sport of tennis has been intrinsically linked with the evolution of video games. From Higinbotham’s 1958 Tennis for Two to the critically acclaimed Virtua Tennis, the sport has had an array of renditions throughout the medium’s long history. After soaring to unprecedented heights in the 2000s, tennis games crashed into obscurity leaving smaller studios to pick up the pieces.

Fast forward to 2018 and Tennis World Tour served a fault on its debut, due to this the publisher, Nacon, brought in Big Ant Studios of AO Tennis fame in order to hit a return ace. With their pedigree in the sport, can they land an overhead smash or will it just be a double fault?

Boasting a new engine and a slew of new animations, Tennis World Tour 2 makes the right moves to correct the issues that plagued its predecessor. Similar to Top Spin 4, the focus is on timing and learning when to strike is key. Hit the ball too late and it will merely plonk next to your opponent or even wildly out of the court but hitting the ball with perfect timing will result in a vicious strike that will have your opponent flailing to the other side of the court in search for a return.

Positioning and movement are vital in tennis. Being able to Dart around the court and return those far-out lobs brings excitement by placing the gamer in the trainers of a professional. Unfortunately, the movement isn’t as slick as Djokovic’s and you will spend more time aimlessly lumbering to the ball than tearing across the court. 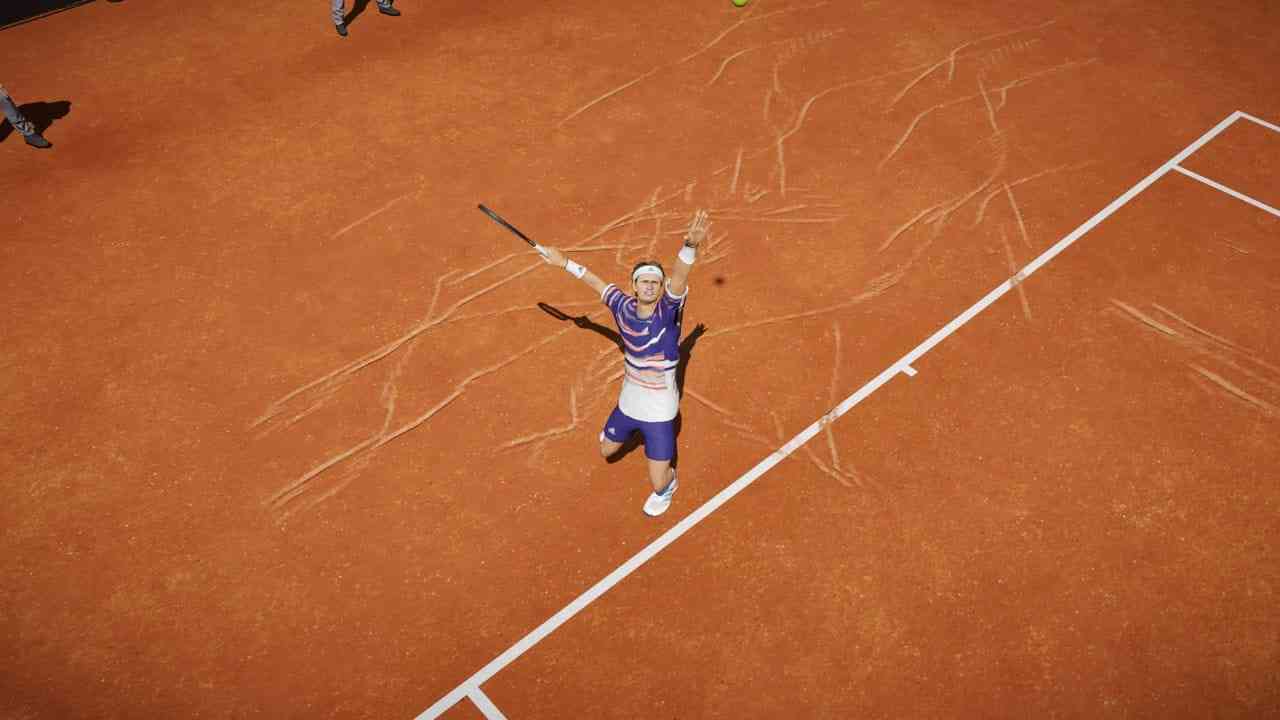 Each of the four face buttons is linked to a shot type, similar to most tennis games, which helps to give the feeling of familiarity when playing. In addition to these, you can also hold either button to perform a powerful version of the shot type or tap it for precision. Although this is an intriguing game mechanic, when it’s married with an unforgiving timing system, I found that it got underutilized, which brings me to my next point.

Although the game tries to replicate the sport in an authentic manner, the inclusion of the ‘card system’ seems odd and out of place. Gamers can equip cards that give them temporary boosts which negates the simulation that Tennis World Tour 2 is trying to achieve. With in-game currency, you can purchase cards and use them during your match by double-tapping the directional pad. The inclusion of this system is perplexing and as a result, you are left with a game that is neither an accurate simulator nor an arcade experience of the sport.

The career mode in Tennis World Tour 2 is underwhelming. After creating your hideous avatar, you have the chance to upgrade your player and participate in tournaments to earn money and improve your rank with the goal of becoming the world’s best player. You can enter competitions from around the globe which take place on different surfaces. It includes the basics of a career mode but does nothing to set itself apart from other tennis games making this mode feel generic. 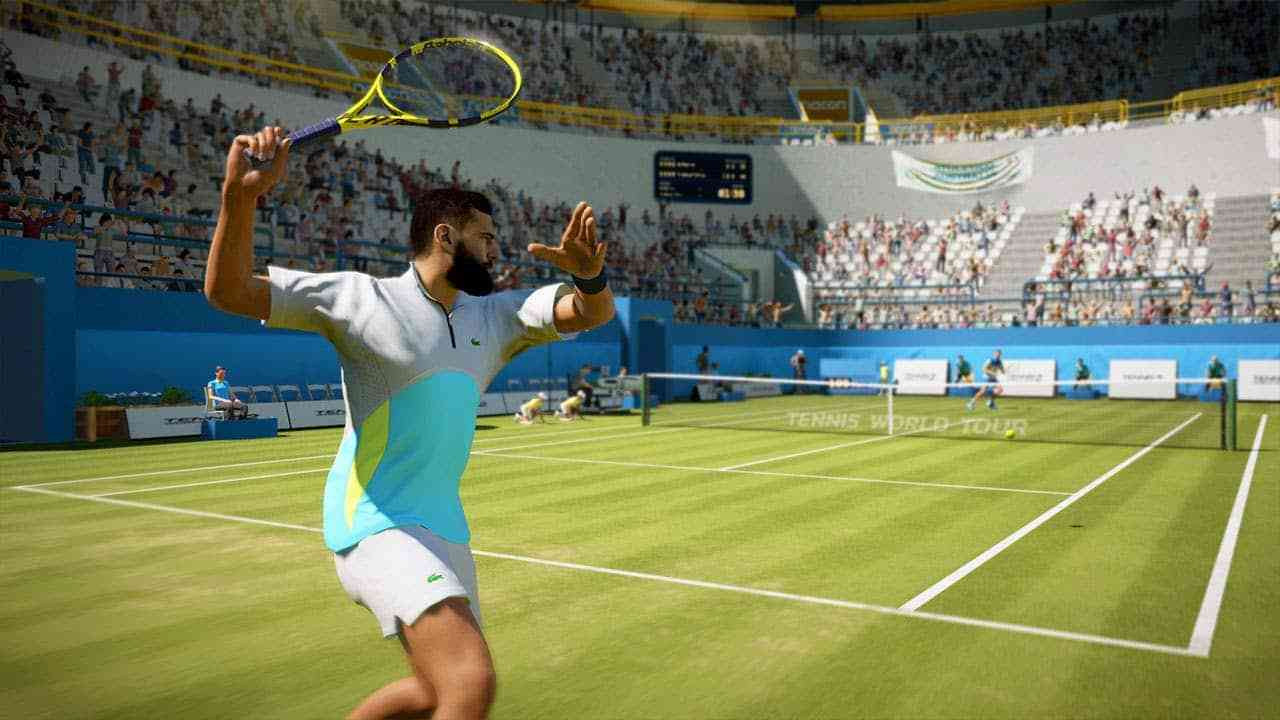 A new addition to the franchise is the inclusion of doubles. Yes, you heard me right, that is a new feature! Although this is quite fun locally, my experience was marred with frustration when playing with the AI. At times as daft as a brush and other times like Pete Sampras, the inconsistency with the AI was another disappointment with the game.

At first glance, the game looks great. The courts have scuffs where players have skidded from side to side and the posture of the characters replicates the sport suitably. However, on closer inspection, which is most noticeable on replays, characters look almost like animatronic versions of themselves. Focusing on characters, the roster is strong and includes well-known stars such as Federer, Nadal and Monfils. However, with notable omissions and the lack of legendary players, casual fans may just stick with the aforementioned players.

Tennis World Tour 2 lacks focus and due to this, the game lingers in mediocrity. With inconsistent AI, a harsh timing mechanic paired with a stat-boosting card system, the game will turn away both hardcore and casual fans. Unfortunately, this is a double fault for the Tennis World Tour franchise. 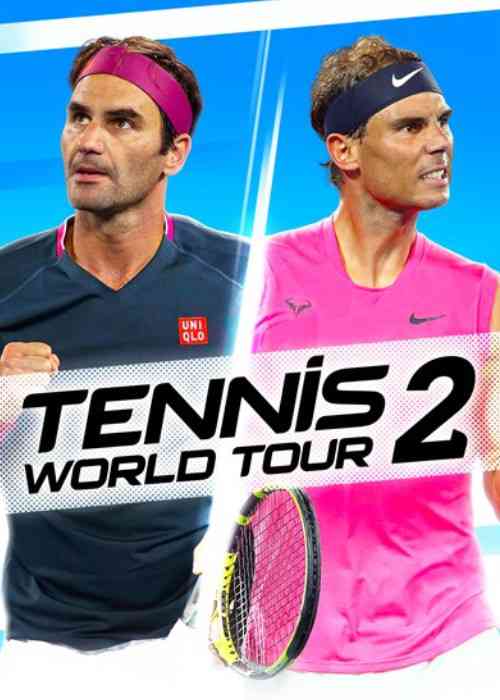