The wait for CastleStorm II has been long, and it may be longer still. Thankfully, the game appears to be worth all of that patience. After a little hands-on time with the demo, I’m confident that fans will eat this up once it finally comes out for real. If you’re not eagerly awaiting the release of CastleStorm II, that’s only because you don’t know about it yet. Even this minuscule slice of the game is enough to convince me of its fiendish powers of compulsion. What exactly are those powers? I’m so glad you asked!

If you like slowly expanding your kingdom, driving back the undead hordes, then this game will be for you. Also if you like commanding various soldiers to march ahead for glory and god and such. Ditto if you’re into side-scrolling action games. Heck, this game even hits just right if you’re cursed with a thirst for strategy titles, one that can never be slaked no matter the hours you invest. You start with a pompous ass named Sir Gavin, whose skills at least match his reckless bravado. From there you recruit a string of commanders who specialize in things like swords, and getting people to swing swords.

Can’t Talk, Got A Kingdom To Run

While the AI is fairly dense, you can directly control your commanders during battle. Sir Gavin isn’t nearly as free with the longbow as I’d like, you see. Better to be splitting skulls with arrows, rather than rushing in and catching steel with your flesh. Alternately, you can just man the ballistics tower, pushing high-speed javelins into the eyes of your opponents from two screens away. Outside of battle, you can dive head-first into the kingdom building bits. The demo only included farms, mills, quarries, and castles, but that was more than enough to fill the map. If you’re diligent, you can end up with gobs of resources coming in every turn. In fact, if you’re not busy as a bee, the encroaching enemy will end up cutting into your kingdom’s income.

Dialogue and detailed character models both work to keep you invested in the experience in different ways. Everyone looks and sounds quite distinct, ready with a witty or weird retort for any set of circumstances. I’m not in love with the writing so far, but it feels more or less perfect for this game. Something about the model design requires cheesy lines and familiar archetypes. If Sir Gavin and his sniveling cronies were too clever, it would be almost suspicious. Bring on the thickheaded machismo, the embarrassing cowardice, and the ridiculous exposition. What else could it be, honestly? 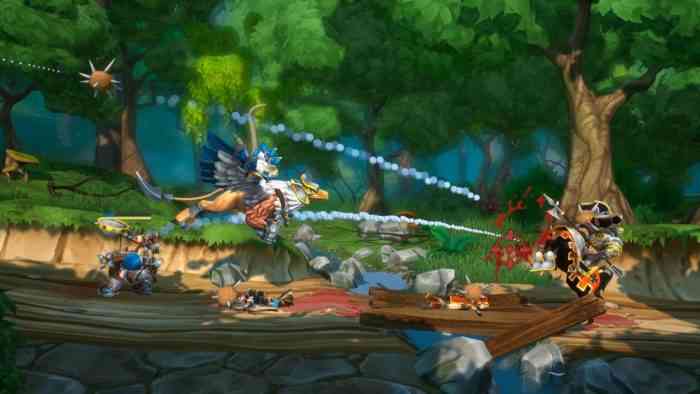 The demo is comprised of a pretty tiny slice of gameplay and story, but it’s enough to get me proper curious about what comes next. What hellish villains await? How big will my armies get before the campaign is done? What other sheep-based weaponry will I uncover? I’m less curious about the nuts and bolts of the story, but I consider narrative to be secondary in games like this one. Give me expansive, complex systems to master, skill trees to fill out, and levels to gain. Let me craft a colossal army to smash down the gates in the manner of my choosing. Never mind how or why, you know? It’s possible the cheesy dialogue will wear on me before long. Perhaps the enemy AI never gets better? I hope it gets better. Even if your loyal minions stay total morons, they’re still quite willing to get pin-cushioned and picked apart. Beyond the nitpicks and nagging doubts, I’m certain that CastleStorm II will be a riotous good time when it finally comes out. Definitely keep your eyes on this one.

***A PC demo code was provided by the publisher*** 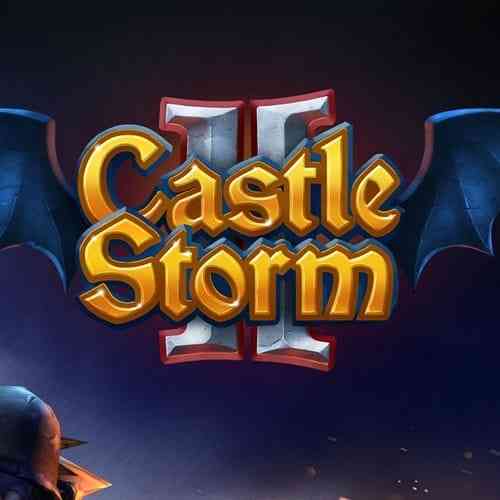 Fortnite Trailer Shows Off Battle Pass For Upcoming Season
Next Cris Tales is a Completely Unique, Time-Bending Tale
Previous Industries of Titan is a Welcome Escape to Dystopia