Cris Tales is an upcoming indie JRPG starring Crisbell, a young girl who possesses the ability to manipulate time and see into the past, present and future simultaneously. It’s a turn-based adventure highly inspired by classic SNES-era RPGs such as Chrono Trigger and Final Fantasy IV, and though it’s meant to be a tribute to these games, Cris Tale’s unique concept and distinctive style puts this title in a whole different ball game.

Cris Tales takes place in the beautifully vibrant world of Crystallis, a kingdom threatened by the villainous Time Empress. Crisbell the Time Mage and her trusty top hat-wearing frog companion, Matias, must recruit friends into their party along the way to stop the Time Empress and change the fate of Crystallis. When Crisbell uses her time powers, we are presented with a three-pyramid view that allows us to view the past, present and future of the world around us on different panels. In passive cities and zones with no combat, we can see the state of the world around us changing over time. On the leftmost panel that shows the past, we may see a world with far less greenery or versions of the townspeople that reveal their younger selves. In the present or future panels, more plants and flowers may have bloomed or buildings may have completely different paint jobs.

The pyramid view shows us more than just cosmetic changes, though. Accessing the three stages of time simultaneously allows us to send Matias into different tenses to fetch items or eavesdrop on past conversations to give us necessary intel to complete certain quests. We can also perform actions such as planting seeds in the past that bloom into tall vines in the present so that we can immediately climb to hard-to-reach places. Manipulating time in this way is a mind-bending concept that’s refreshing in its originality and executed quite well, but it’s not just limited to passive exploration. In battle, using Crisbell’s Time Magic also gives us unique advantages. Poisons applied in the present can give instant access to a weakened enemy, or rust effects from using a water skill can be taken advantage of immediately when we jump over to the future panel. In my brief time with the game, I found the regular combat to be a bit dull and sluggish, but the use of Time Magic definitely adds an unconventional element that wakes up the turn-based battles. 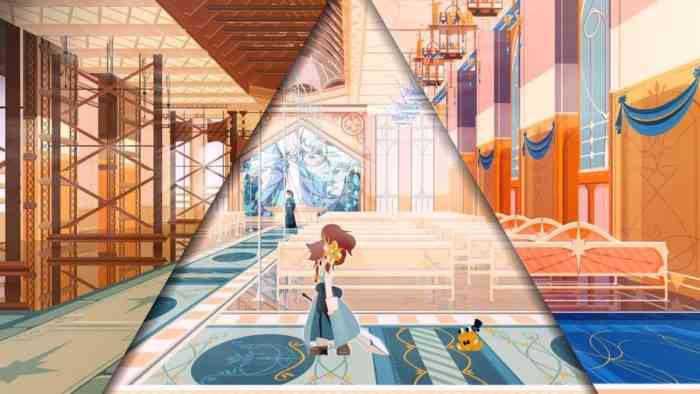 The artistic style in Cris Tales is undeniably pretty. The colorful 2D artwork looks as if it were torn straight out of the pages of a storybook, and the world has a gorgeous air of fantasy. Though the characters themselves aren’t exactly a dead-giveaway, the influence for Crystallis is heavily based on the architecture, colors, fabrics and flora of Colombia, and going in with this knowledge opens up a new realm of appreciation. Prominent Colombian landmarks and features such as the Caño Cristales river or the Walled City of Cartagena make their own spiritual appearances in the game, and the world as a whole is one of the best looking fantasy universes I’ve seen.

Only Time Will Tell

Despite my appreciation for the artwork itself, I do have concerns over the lack of maturity that surrounds what I have seen of the game so far. The inspiration drawn from ’90s era RPGs feels more like a head nod than a love letter, and the storybook visual style, phony voice acting and slow, simplified combat feels strongly oriented towards a child audience. It almost looks and feels like the type of game that would be played in the browser window of a Disney website, which makes me question if the full release will have enough depth to dispute how weightless the game seems on its surface. After playing and witnessing about two hours of gameplay, it feels as though even the turn-based battles themselves lack sophistication and, frankly, the need for skill. One puzzle I saw in a walkthrough with the developers was so basic that it left me wondering if it could even be called a puzzle at all, and so far, the game does feel highly structured and very linear. I will be curious to see how much freedom and agency the player ends up having, as significant choice-making is something heavily emphasized by the developers. 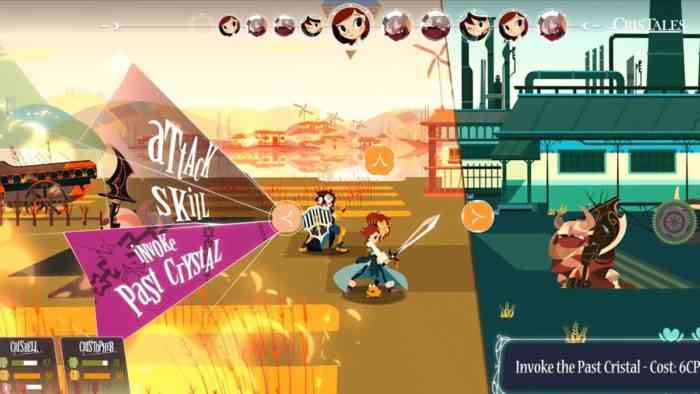 Cris Tales has a world of potential, but I selfishly hope that the finished product will be tailored towards an experienced adult audience. The time-bending magic is positively unique, and there is a spellbinding level of charm that would leave anybody wanting more. Only time will tell if the game will end up impressing or not, but until then, it’s definitely worth watching out for.