Batman: The Enemy Within – Episode 4: “What Ails You” Review

Batman: The Enemy Within is fast nearing its climax, and the penultimate episode ramps up the adrenaline in an expected, but still welcome way. Full of action and morally squirmy moments, “What Ails You” is a strong instalment that bodes well for a satisfying end to the series.

The “cliffhanger” that ended the previous episode is quickly, almost dismissively resolved, and Bruce Wayne decides to literally cut to the chase and try to bring down The Pact. Once and for all – no more Mr. Nice Bat. Working with his ally/love interest Catwoman, he confronts the gang and initiates the series’ most epic and exciting fight sequence yet.

Batman: The Enemy Within might be lacking in gameplay but I’ll admit, it really shines during the QTE brawls, in which you must make fast button combinations in adrenaline-filled dances of violence. And this one is a doozie that leaves a few of the series’ many, many enemies behind as casualties. It’s almost as if the developers have sensed that the last few episodes have been slow, and are consciously upping the action level, or maybe they’re just trying to whittle-down the crowded list of characters – no matter the reason, it is definitely welcome.

“The Enemy Within might be lacking in gameplay but I’ll admit, it really shines during the QTE brawls.”

Things are coming to a head on the relationship side as well. If things were sometimes awkward between Bats and his “friend” John Doe (Joker) before, they become downright uncomfortable in this latest episode. Batman never had any illusions that John would ever be more than a convenient friend-for-the-moment, useful in helping to get close to The Pact but nothing more; but in “What Ails You,” even the pretence is now starting to fall away as John’s unpredictable nature hints more and more at his eventual Joker persona. That moment I was always dreading, when I’d finally have to confront John directly, is coming closer, and I must say I was starting to sweat in this latest exchange. 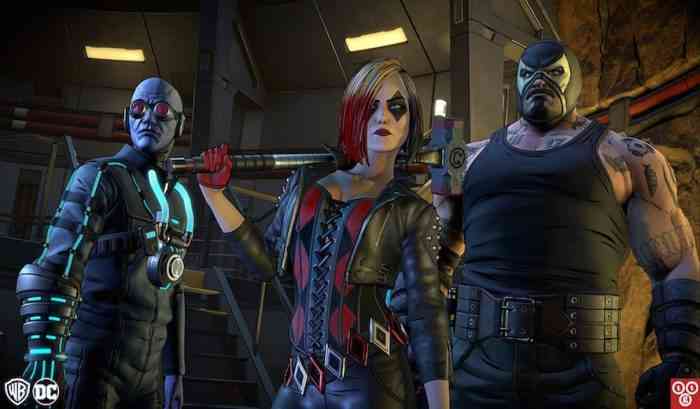 And Waller? Let’s just say she will finally show her true colors, and all those acts of loyalty and betrayal you might have committed before now will bear fruit. The Enemy Within has promised that actions will have consequences, and Episode 4 seems to finally back that promise up – which I was very glad to see, after not being sure what effect I was having up until now.

As for The Pact, “What Ails You” blows the narrative doors wide open, and without spoiling too much, let’s just say they do have a reason for all the mayhem they’ve caused this season. In a manner that is almost so predictable as to be cliché at this point, we learn – surprise surprise – that they are not the totally “evil” bunch of people we assumed, and things aren’t always as they appear, etc. etc. The narrative might be a bit disjointed this season overall, but you can’t say that Episode 4 doesn’t offer a lot of substantial plot reveals.

“In ‘What Ails You,’ there’s enough positives to make this a strong instalment.”

Not everything works though. There’s an interlude with Alfred and his health that, unless I missed something, felt unconnected with the rest of the story so far. And Tiffany Fox is still the most confusing character in the series. As she has with previous episodes, in “What Ails You” she seems to pop into the story out of nowhere, and it’s still unclear what significance she has. Well, at least this time she wasn’t hiding in a random storage room.

As I’ve harped on about before, the team behind Batman: The Enemy Within seems to have pretty much given up at this point on the idea of real gameplay, like puzzles, but I’ll risk being a broken record and mention that once again, we get nada in the way of things to solve. No biggie though – in “What Ails You,” there are enough other positives to make this a strong installment. An epic brawl sequence, major plot reveals, and a promise of a satisfying series conclusion make Episode 4 an enjoyable experience, and the climactic Episode 5 looks like it will end things on a high note. Let’s hope so.