With the season finale of Batman: The Enemy Within set to premiere on March 27, Telltale Games has released a few trailers. Last week, a full season trailer was released, but this week’s update provides two new trailers that showcase the final episode’s two possible storylines with two very different versions of The Joker.

Over the course of Batman: The Enemy Within, the choices players have made will determine which story – and perhaps more interestingly, which Joker – they will encounter in the finale. For those interested, the Vigilante trailer is embedded above, and the Villain trailer can be found here. In our review of the previous iteration, Episode 4, we found that “…a promise of a satisfying series conclusion make Episode 4 an enjoyable experience, and the climactic Episode 5 looks like it will end things on a high note.” 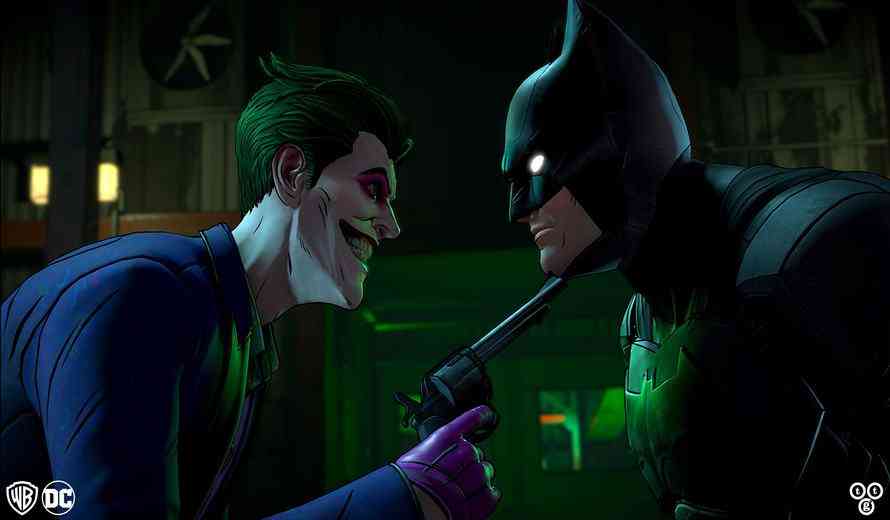 The final episode’s description is as follows: “Who would you choose: a friend whose unhinged approach to justice turns your allies against you, or a sworn enemy who will stop at nothing to see you suffer as your city burns? Based on the relationship you’ve built with John Doe, you’ll see one of two very different stories play out. So what’ll it be, Bruce: friend…or foe?” With these varied storylines, this may be Telltale Games’ “branchiest” title yet, giving players a truer sense of decision-making.

With Telltale Games moving forward with The Walking Dead: The Final Season, The Wolf Among Us: Season Two, and Game of Thrones: Season Two, we are looking forward to the finale of Batman: The Enemy Within. Have you been playing Batman: The Enemy Within? What IP would you like to see Telltale Games work on in the future? Let us know in the comments below!