One way or another, film noir will persist. Although it’s been decades since the genre was in vogue, various stories keep appearing to carry on the tradition. The Red Strings Club is one such story. You’ve got a girl in trouble, death, deception and a mystery that begs to be solved. Yet, in spite of these familiar tropes, this story ends up being a powerful one.

The story takes place in a tiny bar where information is the only currency. You follow the characters in their desperate quest to stop an enormous corporation from turning everyone into smiling, well-adjusted husks. While the major narrative arc feels like boilerplate cyberpunk, the meat of the story is in the dialogue. Here, The Red Strings Club shines from within, building believable characters with real lives outside the narrow slice you’re allowed to see. Although this is a huge world, we don’t get more than a glimpse of it. The scale of events rubs against the plot, but the moment-to-moment action saves the day.

“The hacking section is an accurate reflection of how most people’s sensitive data gets breached.”

All of the gameplay makes a certain sense. Donovan, the bartender, makes progress by mixing drinks. Brandeis, the hacker, uses social engineering to hack into computers. Akara 184, the android, manufactures implants that alter emotional states. Mixing drinks, in particular, is an intuitive experience. You can even pour out a little from the glass if you get the ratios wrong, or dump the glass to start again. The hacking section is an accurate reflection of how most people’s sensitive data gets breached. While the gameplay is short and simple, it’s also well-designed. These portions of the game felt like natural extensions of the story. None of the puzzles I solved felt out of place. 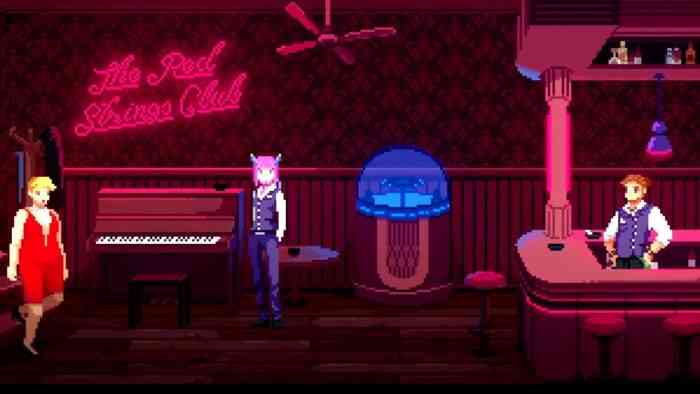 Do yourself a favour: if you find yourself stuck, take a moment in-game. Not only can you gather your thoughts, but the soundtrack is superb. Every track perfectly captures the atmosphere and emotional landscape. This is a distant yet relatable future, one that feels equal parts fantastic and morose. You can even change the music during Akara’s section to something more suitable to such fascinating work.

The Red Strings Club makes an interesting decision for a story-based game. The first thing you see is the game’s conclusion. While you can take many branching paths from Point A, you only ever end up at Point B. I think. Honestly, my run through the game was so compelling I’ve no interest in repeating it. Yes, there were mistakes. I made bad choices and good ones. There’s definitely things I missed. But the end result was organic, imperfect and truly beautiful. For some reason, going back and trying again feels like it would invalidate my original playthrough. Instead of being a short, compelling story it would just be a videogame. During my interviews with some of the bar’s many patrons, I made mistakes. Sometimes I didn’t realize how poorly I’d read the situation until I was evaluated afterwards. In spite of this, I resolved to press ahead. With other games, I feel the tug towards perfection. Here, I recognize that the experience requires imperfection in exchange for authenticity.

“If I got stuck, it was because I failed to grasp the personalities at play.”

My grievances towards this game are few and far between. If anything, I want The Red Strings Club to be a bit longer. While I stumbled on certain sections, this was no fault of the game. Rather, I only got stuck on a puzzle if I had failed to retain key details about certain characters. Remembering things like personality traits, allegiances, fears and weaknesses proved an essential element to my success. If I got stuck, it was because I failed to grasp the personalities at play. To that end, however, I would have greatly appreciated a more responsive list of goals and objectives on the pause screen. Often I’d get notified that an objective had updated only to see that notification added to an ever-growing list. A more intuitive alternative would be those old listings being eliminated from view, though this is mostly nitpicking on my part. Beyond this minor hiccup, the game’s UI is both simple and clean. In fact, the controls and mechanics for every gameplay section feel like natural extensions of the narrative.

Whatever ties this game has to the film noir detective genre are easily outweighed by the many nuances of the story. Beyond the simple narrative structure established by the damsel in distress arriving at the protagonist’s doorstep are a host of complex character interactions. It’s here, buried deep within layers of dialogue, where all the variants lie dormant. Maybe every road leads to that broken window atop a sinister high-rise, but the paths that lead there are numerous and compelling. In spite of my earlier declaration about not attempting a second playthrough, I still find myself drawn back to the beginning. I want to play again, not to seek out some perfect route, but to experience even more of the many stories buried within the larger narrative. I want to make new mistakes and experience new failures. The Red Strings Club is a vehicle for some of the most engrossing cyberpunk stories I’ve witnessed in recent memory. I don’t know that I’ve had anywhere near enough of them, just yet. 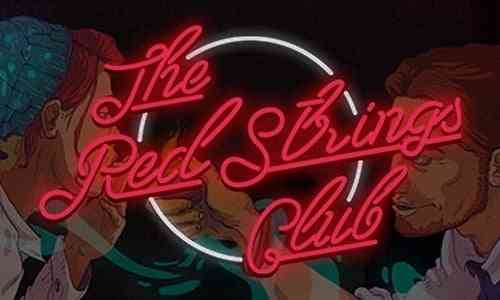