Outbreak is an impressive horror indie game that could be passed off as coming from a major publishing house title. This is a survival horror game that can be played in many modes and harkens back to the Resident Evil games. Dead Drop Studios created the Outbreak games as an homage to the survival horror genre. This game can be played a variety of ways with the focus on limited inventory, limited supplies, and nonstop pursuit.

Outbreak offers up single player mode but it is really tooled for multiplayer and co-op experiences. Tension is created by unpredictable outcomes because of pseudo-random placement of items and enemy placements within each map. Supplies are in limited abundance and therefore you will find yourself scrambling to continually keep yourself properly armed. In addition to inventory and supply management, further dread is built up as you come across logs left behind that detail the history of the outbreak and the events leading up to it.

The game starts in Artz Memorial Hospital and then moves out into the city as the infection spreads. You and a handful of survivors must face the onslaught of a city full of the undead. Outbreak combines several elements to give it a very cinematic feel. Using fixed camera angles prevents you from seeing what you are walking into. Very Resident Evil cinematic style that still is effective in keeping you in suspense. It can definitely be frustrating to walk into a group of zombies but at the same time it also adds a lot of tension.

“Character models look excellent and this applies to the zombies as well.”

For a single person developed game this is a very robust product. Character models look excellent and this applies to the zombies as well. The environment also looks pretty good with a variety of settings. Tight corridors, darkened rooms, and locked doors that you have to find the keys for; will keep you scrambling as you try to puzzle out the best way to make it through each level. It’s a pretty straightforward concept.

There are several modes of play from campaign to onslaught to experiments. In campaign, you must progress through each level to escape the quarantine zone. Onslaught has no such aspirations. With Onslaught, you strive to survive as many waves of zombies as you can. In addition to these two normal modes there is the bonus experiments mode which offers up a variety of challenges. 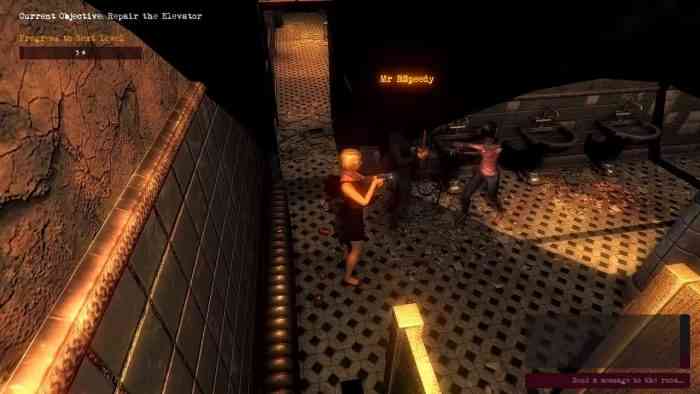 To further enhance the replayability of these modes you can go it alone or you can play them online. On the multiplayer side of things, you can play with up to four player online co-op with voice chat. Voice chat adds a lot to the game as you work together with your mates to thwart the zombies, help each locate weapons and supplies, and provide cover for one another when the zombies hem you in.

The game also offers up a variety of control schemas so that you can play with either a gamepad or a mouse and keyboard. All these controls are customizable so that you can set the game up to play the way that works best for you. Game pads are recommended and Outbreak supports Xbox one, Xbox 360, or PS4 game pads. Based on my playing experience, using a gamepad is definitely the way to go.

As expected for an indie game the hardware requirements are not too onerous. You can get by with 4 GBs of RAM and a GeForce GTX750 TI or AMD Radeon R9270 X card. My rig has a I2500K CPU and a GTX970 video card and it ran fine for me.

All of this sounds really promising but unfortunately, there is a fly in the mix. Character animations. Each character, be they human or zombie, are limited in two ways. First up they all have a small repertoire of animations. Add to that, a second issue. Because the game uses forced perspectives due to the fixed camera angles, the movement doesn’t look right. The characters feel like they’re skating through the environments rather than walking through them. This adds up to a disconnect for the player in terms of immersion.The game offers up two control schemes – modern and tank. Because of the forced perspectives and the anemic animations, going tank is the better choice. Resident Evil purists, rejoice!

It’s a shame really because Outbreak: The New Nightmare offers up so much in all other aspects. Your enthusiasm for the zombie genre will decide whether or not you can put up with this disconnect but it was an immersion breaker for me. It is frustrating to take actions and due to the limited character animations not seeing my inputs realized properly on the screen. If you’re a big survival horror fan of games like resident evil outbreak you may find the robustness of the variety of game plays available to you sufficient to overlook or handle the issues with character animation. 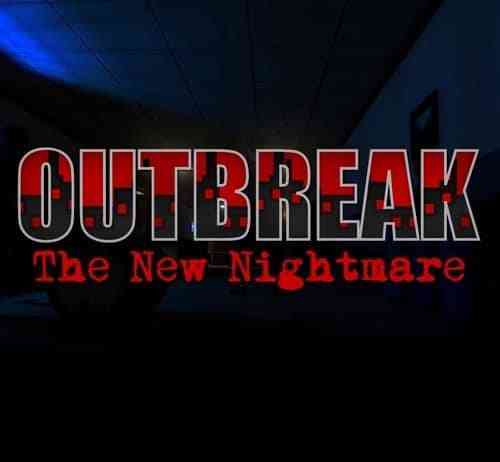 
Outbreak: The New Nightmare Review – Horrific for All the Wrong Reasons
Next The Red Strings Club Review – A Soulful Cyberpunk Story
Previous Brawl Review – This Switch Game Has Trophies