Since 1983, Bomberman has pretty much been the sole resident in the top-down, arena genre where the sole goal is to bomb your opponents. Now there is a new contender in this very specific game genre and it goes by the name Brawl. While it’s unlikely Brawl will de-throne Bomberman anytime soon, if you’ve ever been a fan of the Bomberman franchise, then you’ll definitely want to take notice of this new kid on the block. 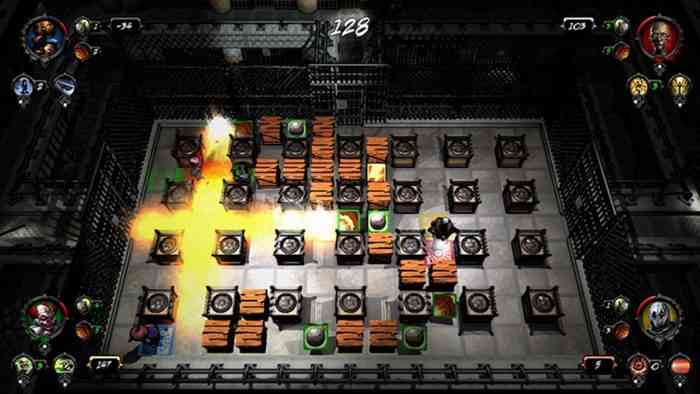 Brawl takes place in The Emporium, a mysterious factory filled with all manner of traps and menacing minions. Eight combatants have been brought to The Emporium for purposes that will be discovered along the way. Still-frame cut-scenes and a wise-cracking narrator will shed light on each combatant as they push through each of their unique, five-level campaigns.

Each of the eight combatants has two skills in addition to their ability to drop bombs. You’ll use these skills and bombs to solve puzzles and progress from one area to the next. In each “Story Mode” campaign, you’ll encounter a boss, which happens to be one of the other playable combatants. Unfortunately, the boss fights are an exercise in pure frustration. If you’re hit once, you die and must restart at the last checkpoint. The boss, however, has a substantially lengthy health bar and requires at least half a dozen hits to kill. In addition to the sheer number of hits required, the AI for the bosses has been tuned to be pretty, damn clever. It rarely felt like skill when I hit the bosses, and more like sheer luck. If it wasn’t for these infuriating boss fights, Brawl’s story mode could have been a real treat.

“The story mode’s narrator did a fantastic job”

Brawl features a pretty substantial multiplayer component – albeit limited to local multiplayer only (up to four players). The “Local Multiplayer” option gives gamers six different competitive multiplayer modes, such as the 1 vs 1 “Duel” mode or “Team Arena”. The competitive highlight, in my opinion, was “Color Domination”, a Splatoon-like mode where you must cover more of the arena in your paint than your opponents. You’ll also be happy to know that the competitive modes will fill any empty spaces with computer controller characters – so you can still enjoy the modes when your friends aren’t around. Then there is the “Challenge” option, which provides three different mini-games that can be played with friends co-operatively. Two of the Challenge mini-games are pretty bland, but the “Sheep” mode (which is two-player only), is a lot of fun and easily my favorite multiplayer mini-game in Brawl. In Sheep, you must protect your sheep from incoming hordes of minions – a simple concept, but the execution is fun. My only wish is that there were more than one Sheep arena – as playing in the same arena over and over does get boring.

Aesthetically, the game is fantastic. It’s a very dark, and creepy looking game. The character designs, though a bit cliche in the horror genre (how many times do we need an evil clown?), were still very well done. The title/menu music is a haunting, yet catchy little tune that you’ll undoubtedly be humming along too in short order. The story mode’s narrator did a fantastic job and was reminiscent of the menacing Henry Stauf from The 7th Guest. His execution of the script was just excellent, delivering his lines in such a fun and dark tone – I found myself laughing often at his comments. 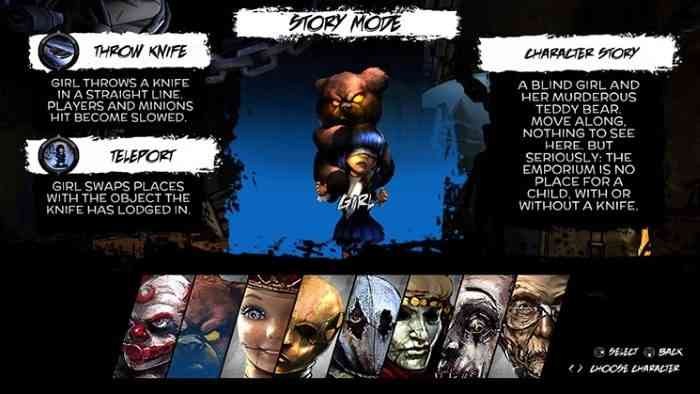 Brawl features a wealth of content, from the decently sized story mode to the vast local multiplayer options. The game even features “Trophies” that are unlocked by accomplishing various tasks. Trophies award you points that can be spent to unlock character models and pictures. The most immediate issue with this game is the boss fight difficulty in the story mode. The lack of online multiplayer is disappointing, but maybe future sequels will step beyond the confines of the couch. The multiplayer mode features a nice selection of modes, but it would be nice if the Challenge modes were a tad deeper, such as more arenas for the Sheep mini-game. While this game is a pretty blatant Bomberman rip-off, the horror-style approach does a great job of making it stand out. If you’re looking for a fun local multiplayer game or you’re a fan of those classic Bomberman games you should really check out Brawl. 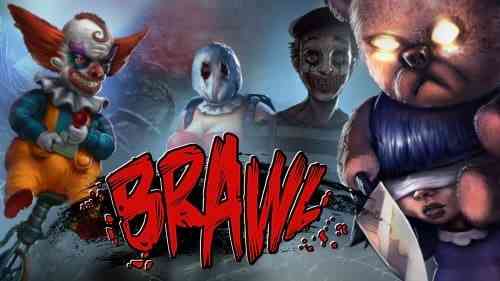