The Deer God Review – Dear God, This Game Is Rough

I was drawn to The Deer God immediately. Its visual language is 100% my aesthetic, feeding into my Aging Gamer need to see my pixelated past recreated in artistic ways. But visuals alone do not a great game make, and unfortunately, The Deer God is a beautiful disappointment. Its aesthetics may be on point, but the rest of the game feels unfinished, a pretty good first draft of a game that needs two or three more rounds of feedback and development.

The story is barebones but PETA-approved: a human out hunting deer is killed. He is brought before the Deer God and given a chance to make amends for his crimes. He does this by taking the form of a deer and… running to the right? Your overarching goal isn’t super clear, but you’ll meet several NPCs along your journey who you’ll help with various fetch quests. None of them really matter much to the plot, but I suppose the point is to make yourself a better person. Er, deer. Why you’re spending so much time helping humans and not other deer seems to fly in the face of the Deer God’s stated intentions, but whatever. I didn’t expect there to be a plot, and the fact that there is one is a mildly nice surprise.

Gameplay starts simple and gets gradually more complex as you unlock special moves by completing quests for the deer elders. You’ll earn your double jump almost immediately, and it goes a long way toward making the actual platforming of the game fun. When I found myself simply running through gorgeous scenery, leaping effortlessly from platform to platform, the game was enjoyable. But that’s not really a game, and where the “game” parts take over is where The Deer God ultimately begins to fail. You will be forced to take quite a few leaps of faith where you won’t be able to see the ground below you. Inevitably, there will be instant-death spikes and only a small platform for you to land on. Be prepared for the frustration. You’ll encounter plenty of bad animals and hunters that want to kill you, and you’ll fight them by dashing through them. If an enemy’s health is heartier than what you can deplete in one dash (and they all are), you’ll have to turn and dash again. And again. Other moves earned will eventually add a few more options to your combat repertoire, but the repetition never dies.

“Your deer becomes faster and tougher the older it gets, so it behooves you to try and avoid dying.”

Between battles, you’ll need to find food for your deer to eat, in order to keep your Hunger bar filled. Let it drop to zero and your health will start to deplete. It adds a bit of urgency to the non-combat portions of the game, and a lot of urgency to the combat, as getting pounded on by a bear is doubly painful if your health is also steadily draining due to hunger. You’ll find items hidden around the world that you can use to either help your platforming by, for example, making you float downward rather than plunging, or assist you in combat. Other items will allow you to keep your current growth level when you die and respawn.

Speaking of which, as you play the game, your little fawn will grow into a full-fledged deer, antlers and all, and death sends you back to the most recent auto-save point while returning you to fawn status. Your deer becomes faster and tougher the older it gets, so it behooves you to try and avoid dying.

You’ll find your efforts to avoid death somewhat hampered by the game itself. The aforementioned lack of polish led to multiple instances of death while simply standing still and talking to NPCs. Often, the cause of my untimely demise was not clear at all. Nothing is more frustrating than making a lot of progress, only to have it taken away for no good reason. You can mate with deer you meet along the way, which produces a fawn that will follow you, the idea being that you can respawn as the fawn upon death. However, the fawn’s AI is so incredibly stupid that I have never kept one alive for more than two minutes – another example of a cool idea that’s only half finished. 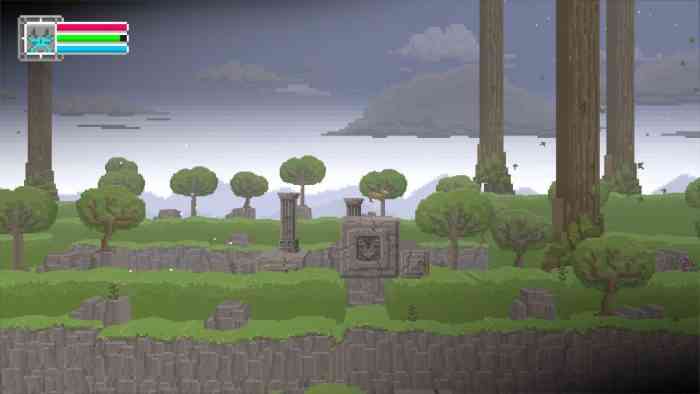 The frequency of death isn’t helped by the game’s randomness, either. As a procedurally generated platformer, of course I expect the layouts to be random. But the randomness of the stages creates a sort of blandness. You’ll begin to see the seams of the developers’ work, when ideally they’d remain invisible. For example, there is clearly an algorithm that generates caves, as they all have very similar layouts. What I mean is, when the game is only working with a limited number of pieces, it can only arrange those pieces randomly in so many ways before it becomes apparent. And since The Deer God needs you to complete certain tasks before it allows you to move on, the world continues to loop around and around, leading to frequent confusion (“haven’t I already been here…?”). You might be in a brand new area, your confusion stemming from the fact that this new randomly generated area looks just like one you’ve visited.

Understand that if you play The Deer God, you’re accepting it, warts and all. You will die during dialog sequences, or glitch through the world and fall into the void, or find yourself trapped behind a box in a narrow tunnel.

“But there’s far too much wrong here for me to recommend The Deer God.”

Negativity aside, as I mentioned, it’s a beautiful game. The light from the sun breaking across a plain as you leap from rock to rock in a stunning 3D rendition of pixel art can be quite moving. And the music, too, is appropriately haunting and melodic, capturing the aesthetic in audio form.

But there’s far too much wrong here for me to recommend The Deer God. Maybe the devs will continue developing and turn this into an excellent game at some point. The pieces are all there. It just needs more time and effort to unlock its full potential. 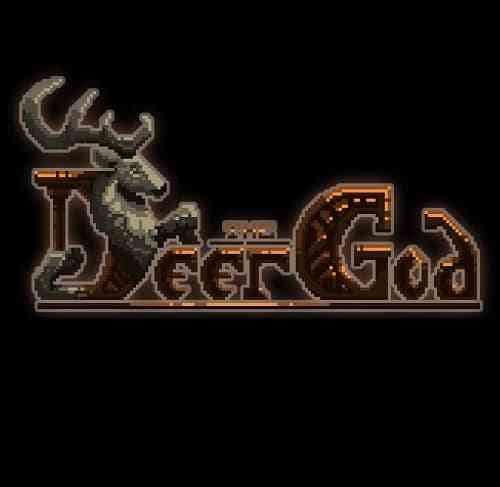 The Deer God Will Grace the Switch Later This Month