Outbreak: The New Nightmare Review – Horrific for All the Wrong Reasons

I’m a horror freak. It may not have been my first experience with gaming but the first one I can remember vividly is watching my mom play the original Resident Evil when I was way younger than the recommended age limit, so I was excited to play Outbreak: The New Nightmare. Unfortunately, this game stands on the shoulders of giants and then promptly takes a step forward and tumbles into oblivion. 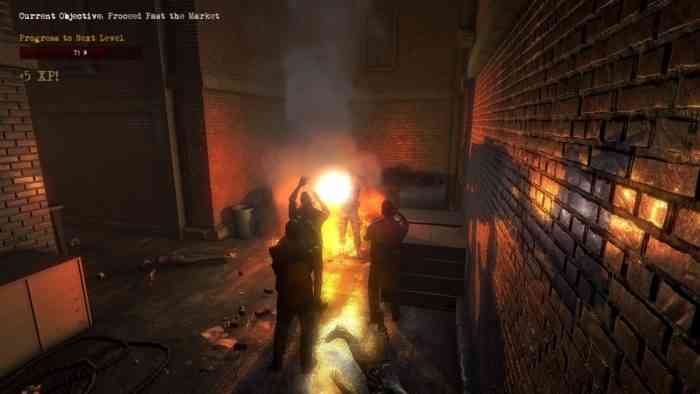 An Experiment in Frustration

It plays a lot like a throwback to early survival horror games, particularly Resident Evil: Outbreak, a similar multiplayer-focused survival horror game, right down to the fixed camera angles and the (optional) tank controls. The issue is that Silent Hill or Resident Evil are considered classics for a reason. They were polished, for one, and in a lot of ways they still hold up, and they are fondly remembered years later. I can’t imagine Outbreak: The New Nightmare will be remembered by the end of this sentence.

The storyline is nothing you haven’t seen before. You select your character and get thrust into a zombie outbreak, but it still manages to take the lazy option of making you go to the “Story” section of the main menu to get any information on the actual plot. Similarly, characters display more personality in the Story section than at any point during gameplay.

There are multiple characters to pick from, each with their own skills, but they’re largely interchangeable. I need more than “This guy has a lockpick” or “This girl comes with her own gun”. There’s no personality to differentiate the characters, just their skills.

Gameplay follows the tried and true survival horror formula: Fight your way through the zombie hordes and find the key items you need to escape. The issue is that you have a laughably small inventory to work with and the typical zombie can take three shotgun blasts to the face and stay on their feet. There’s separate game modes to pick from: Campaign is the Story mode, or what little story there is. Onslaught mode pits you against waves of zombies in a fight for survival, while Experiments gives you more unique challenges like having to kill every zombie quickly as they replenish their numbers, or using only the lights of your flashlight to see. They do add an interesting challenge, but the game still sticks the landing. Unfortunately, the game only comes with offline multiplayer on console, so bad news if you were hoping to check this out with people living further away. I can imagine the game being a lot more enjoyable if you do manage to get someone to play with you since you can divide items between your meager four inventory slots. Considering many characters come with an item you can’t drop (such as Kane’s knife) that leaves you with only three slots for a gun, some ammo, healing items, or any key items that you need. It’s sad that in this day and age a game with such an apparent multiplayer focus doesn’t support online co-op for consoles. 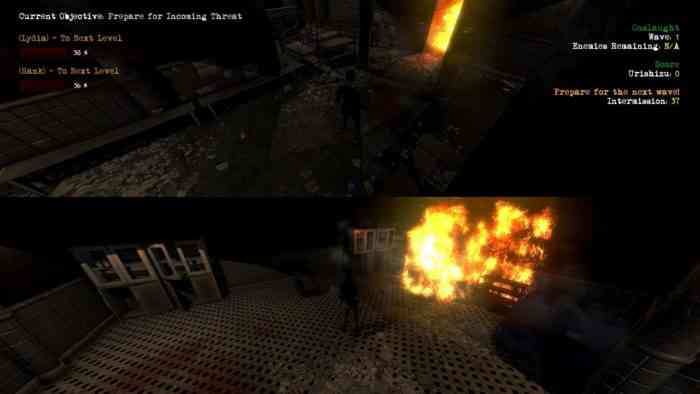 Not the Nightmare You’re Looking For

On a graphical level, there’s not much to write home about. There’s frequent clipping, and more than once what I presume was supposed to be a jump scare was ruined because the zombies arms were coming through the door I was about to unlock. The lighting is pretty enough, if dated, but let down by blocky shadows. Similarly, the level design isn’t terrible, but it has little to make it stand out. Playable characters and zombies alike move as if they’re amazed at the concept of functioning limbs, clipping through the floor as they walk (or run) like someone who’s had movement described to them but never put it into practice. The camera angles are a nice throwback to classics like Resident Evil or Silent Hill 2 but oftentimes the camera is blocked by the environment, for example opening a door will result in you being unable to see where your character is, so simply moving to the next room is a challenge.

The controls are sluggish, and there’s little in the way of any innovation. You hold L2 to aim and R2 to fire, and your character will automatically target the nearest enemy. A couple of times, however, I’d find that my weapon had inexplicably switched from, say, my handgun with 20 rounds to my Shotgun with 0. When surrounded by enemies, with clunky controls, the last thing you need is to suddenly try to fight them off with a flimsy knife when you actually have a rifle. 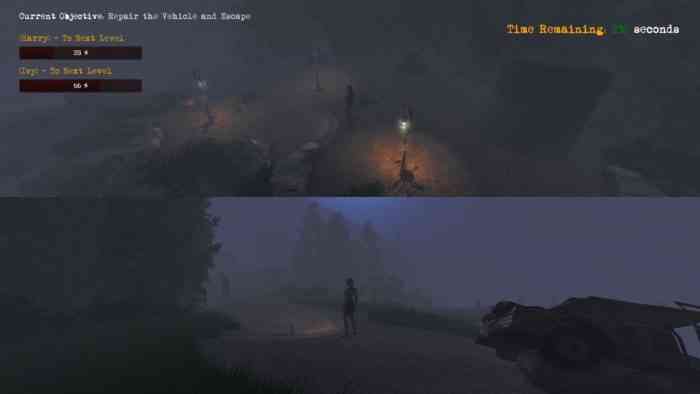 The audio is a nice throwback to the classics, with a mixture of soft and eerie music and zombie growls, or the sound of fire crackling, however it just feels generic. In fact, that’s how I felt about the whole game. It’s the Megablox to so many Lego sets.

What I will say is that you can see the passion that went into this project. The environments are well-designed and it’s clear that the developers had a lot of love for the genre. It’s a game made for survival horror fans, but sadly isn’t one I can see many survival horror fans loving. It’s a mildly effective throwback, but somehow manages to feel more dated than games that were made decades ago, and that’s not a comfortable spot to be sitting in.

Horror Action RPG Source of Madness Has Officially Launched
Next Tony Hawk’s Pro Skater 1+2 Review – A Revival The G.O.A.T Can Be Proud Of
Previous Tell Me Why Review – The Truth Will Set You Free