Batman Will Battle the Joker in This Final Episode!

The season finale of Batman: The Enemy Within is launching on March 27th, announced the series developer Telltale Games on Thursday. The final episode will involve Batman and the Joker battling each other in one big showdown in Gotham. 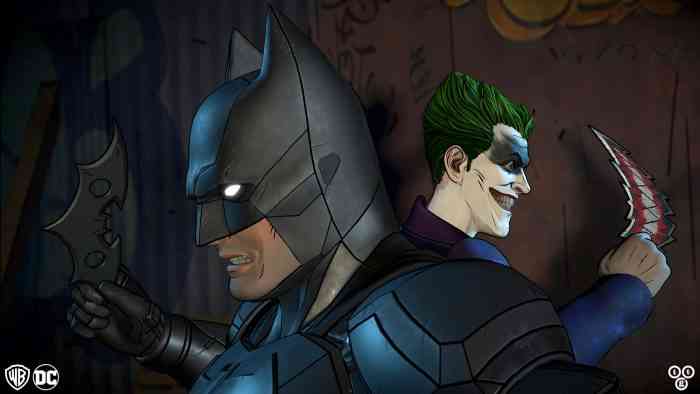 Titled, “Same Stitch”, the fifth and final episode of the season will have two different versions of the game’s story that players can get depending on how the choices they’ve made and the Joker’s character will also be dependent on what choices players made involving him. The Joker can either be the typical “Clown Prince of Crime” that he’s usually depicted as or a vigilante that is “unlike any other portrayal of DC’s iconic character.”

Telltale Games described the season finale as their “branchiest” episode ever and said that the episode is expected to last about three and a half hours. There are only three overlapping scenes in the whole episode, Telltale also said. Telltale also stated that with 4,500 lines of dialogue that’s divided among 38 characters, the overall script of “Same Stitch” is larger than Christopher Nolan’s acclaimed Dark Knight Trilogy.

“Without exaggeration, ‘Same Stitch’ is the most ambitious piece of content Telltale has ever produced,” said Season Lead Writer James Windeler in a press release. “We had to adjust our usual development process to accommodate the added scope, but it was super important to us to honor players’ choices, whether they chose to befriend John or not.”

“We had to deliver on the season’s central promise of allowing players to craft their own Joker,” Windeler said.

So Batman fans, how excited are you for this season finale? How have you treated Joker throughout the series? Did you treat him with kindness and understanding or with disdain? Let us know in the comments!

Gotham Knights Trailer Shows Off Gotham’s Famous Villains
Next
Amaterasu on the Go: Okami HD Is Coming to the Switch
Previous
Super Smash Bros Switch Announced for 2018 via Nintendo Direct