What a pedigree Astria Ascending brings to the table. You have Kazushige Nojima, writer of Final Fantasy X and Final Fantasy VII Remake, penning the story. Then you have a score by Hitoshi Sakimoto from Final Fantasy XII and Vagrant Story to elevate your musical experience. Finally, you have Artisan Studios, a French studio, that knows exactly what it’s going for.

This is a J-RPG through and through folks, and it’s a pretty good one at that. But it doesn’t come without some of the blemishes that can plague the genre. Luckily, though, Artisan Studio lets you cater the experience a bit better. Let’s get into it.

The first thing that will set Astria Ascending apart when you start your adventure are the visuals. This game is stunning. Not since Child of Light have I found myself in a 2D RPG that visually was a feast to look at. From the character design, to the environments, to the grotesque and quirky boss encounters, Astria Ascending is in a class of its own when it comes to the hand-drawn art style. I’d argue the art here is stronger than last year’s 13 Sentinels: Aegis Rim. You’ll pause often to study the little details on characters, or take in a vista as it unfurls behind you. Not all of the animations (particularly the running and jumping in the dungeon exploration) hold up, but it’s oh so pretty. Heck, even the pictures for the items are a treat to look at.

It’s a pity the music score doesn’t rise to match the visuals on display. I had a hard time distinguishing between songs, and the battle music isn’t very catchy. It all felt reasonably generic in terms of orchestration. I would’ve appreciated a main theme or a boss theme to really latch onto.

In Astria Ascending you play as a group of 8 distinct heroes known as the Demigods. You are the 333rd version of the Demigods as a matter of fact, and just like the 332 that came before you, you will all die soon, to ascend and make way for the next generation of heroes to take your place — a cycle that seems to shift every 3 years. 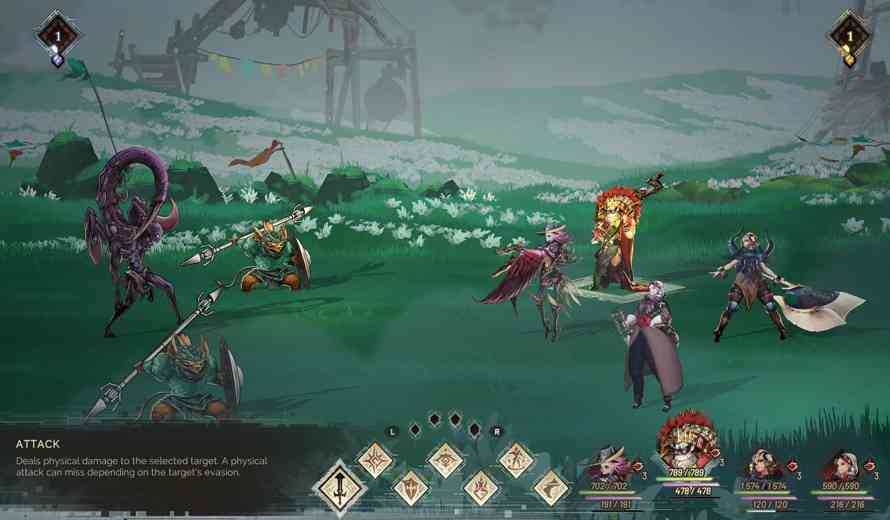 It’s an interesting setup that lets the story go places with mortality, sacrifice and doing what’s right to maintain the peace of a world. Of course nothing can stay peaceful, and early on you’ll encounter foes known as the Noises (yeah, not the best name) who want to sow discord and disrupt the harmony of the world and its inhabitants. Across your adventure you’ll encounter a wide variety of people: there are dumb servant creatures known as Migmies, a race of agile bird people, giant beast folk, tiny fish people with water helmets, and… well you get the idea.

While the story never quite landed for me, as I often felt at odds with the characterization of the main cast, it is entertaining enough with some moments of introspection that help flesh out the ensemble. Each character gets their due over the course of the game, exploring more of their backstory as you travel to various cities that need your help and you’ll quickly find your favorites.

The characters themselves have been together for a bit, so as a new person coming into the narrative, you sometimes feel like an outsider looking in and trying to unpack their dynamics. It doesn’t help that the dialog can do a poor job of being relatable, often relying on cheap characterizations or eye-rolling jokes to get a point across. Hey, this character is the gruff one because he has a deep voice and growls! This character is a doof in love with a goddess. This other character over here is upset all the time (probably because of his water helmet).

While most of it doesn’t land, the Japanese voiceover is great. So much so that the English voice cast should almost not have been included. The English-speaking actors are often stilted and nauseating, and some are so flat in their delivery it’s completely jarring in a scene that’s supposed to be emotional. Do yourself a favor and stick to the Japanese actors. You won’t regret it. 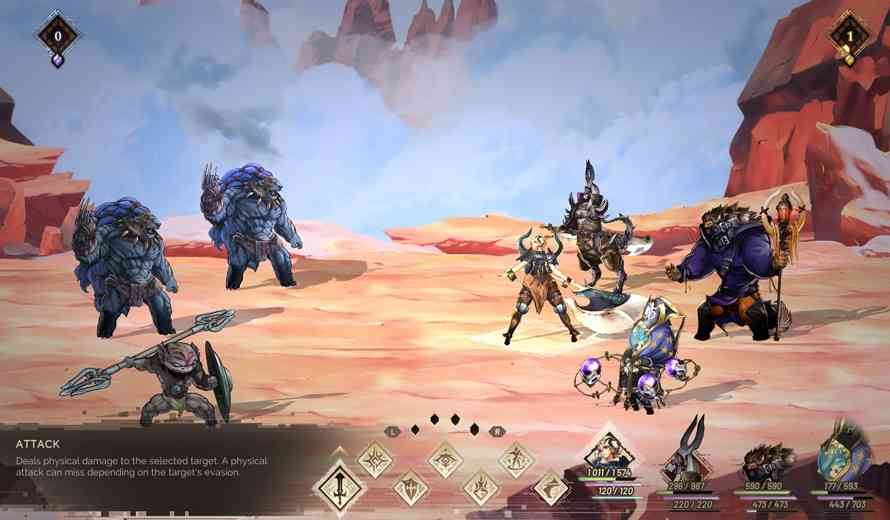 When the game isn’t spouting off about Demigods, Harmony, and Noises, you’ll find the minute to minute gameplay consisting of turn based combat, broken up by small dungeon exploration. Often the setup will give you a quest, that quest will require you to travel to a specific destination, and then you’ll find a dungeon that needs to be explored, culminating in a final boss fight to test your might, and maybe some puzzles sprinkled in for good measure. If that sounds pretty familiar, it’s because it is. And Astria Ascending provides little to deviate or elevate this formula apart from sprinkling the occasional side quests into the mix and monster hunts.

The dungeons themselves are simple left to right, right to lift navigation challenges broken up with some puzzles or key abilities you find as you go. Unfortunately, the map used to get your bearings, while it looks great, is really tricky to use and make sense in some of the later, more complex areas. If you’ve played Bravely Default, you’ll pick up the battle system quickly. The main hook is you can skip turns to accrue Focus points. You can then spend Focus points to boost attacks or spells, giving you an advantage. Some new differences are welcome such as if you use an ability that an opponent is weak to, you’ll get free Focus points. If you use something they’re immune to, well you’ll actually give the opponent Focus instead while losing your own. It’s an interesting push and pull that while a bit underused, keeps up the tension in the big boss fights.

Your heroes start off with the usual job class system from any Final Fantasy game. You’ve got mages, warriors, and healers, with varying degrees in between. Where Astria Ascending gets very interesting is each character can have not only a base job, they can have a main job, a support job, and a sub job. Each job has its own skill tree to fill up and with 20 classes you bet your butt you’re going to want to grind to get all that sweet power.

Some jobs are complimentary, like mixing a Captain fighter type with a Guardian to soak up hits. Or adding a Black Mage to another Magic job letting you have a wide spell pool to pull from. This is where Astria really shines as the combinations and how you spec each really adds to the depth and experimentation. Combinations seem endless.

While the battles are turn-based affairs, I would have appreciated a turn order that more modern JRPGs usually include. It makes it tricky sometimes to plan out a fight when you don’t know who gets to go next and if you had a plan but the boss jumps in with a powerful area of effect to nearly wipe your party, well you’ll be feeling pretty miffed nothing was telegraphed. Also, the difficulty is sometimes uneven. Some mob packs you’ll roll right on by without a second glance. Others, given their unique combination, will decimate the wrong party composition, leaving you scratching your head as to what happened. The same goes for some boss fights. I cruised through some later fights only to get stomped because I was missing a spell or an item. 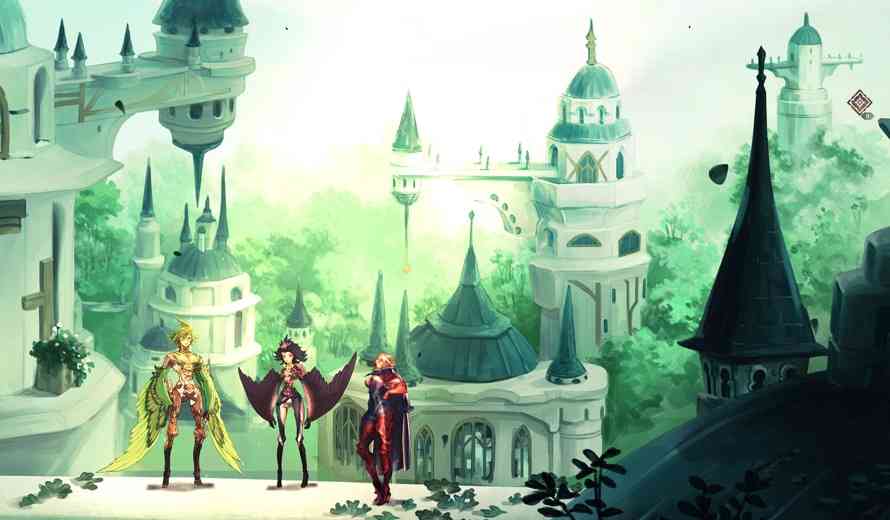 The game is forgiving though with difficulty settings you can change on the fly, and the ability to jump back to town at an instant to stock up on supplies. You can even swap party members during a fight, so if a composition isn’t working you’re not locked into a long, slow death. It’s a JRPG but it knows to not do the annoying things that most happen to do.

Overall, I really enjoyed my time with Astria Ascending. While parts of it felt long and grindy, the English cast is abysmal, and the dungeons design themselves left more to be desired,  Astria Ascending is still a solid entry in the JRPG genre. It does what it sets out to do and at its price point it does it pretty well. While it may not quite rise to the heights of some of the forebears it tries to evoke from Square Enix’s past, its friendlier price point makes it a great entry that can steal away 25-30 hours of time. Just don’t expect it to sway you over if you don’t already like the genre. As its tendency to get grindy, and its overwrought characters may not change your mind. 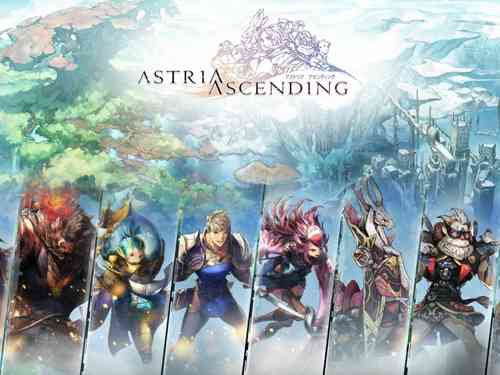 Valkyrie Elysium Review – Change is Good
Next Hot Wheels Unleashed Review – A Nitro-Boost of Nostalgia
Previous Kena: Bridge of Spirits Review – A Bridge To The Past