Grab Child of Light in October, Valiant Hearts in November

Ubisoft has announced that Child of Light and Valiant Hearts: The Great War will be making their way to the Nintendo Switch later this year, further showing their support for Nintendo’s latest hybrid machine. 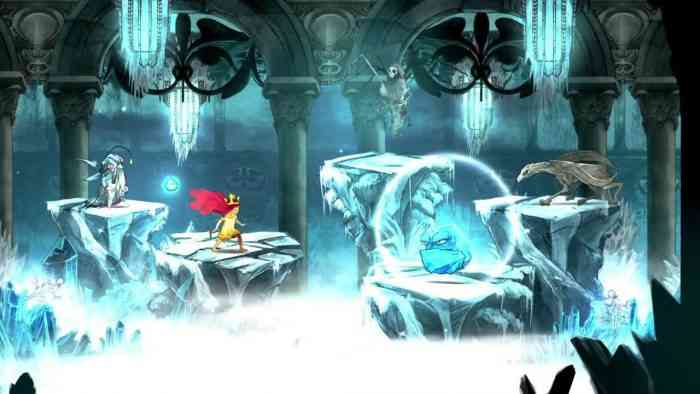 Child of Light: Ultimate Edition will launch on October 11th while Valiant Hearts will land approximately a month later on November 8th. Both games were developed by Ubisoft Montreal and Ubisoft Montpellier with the beautiful UbiArt game engine that was used for Rayman Origins and Rayman Legends.

Ubisoft also outlined Switch exclusive features for both titles. With Child of Light, a second player can control Igniculus with a Joy-Con controller. The floaty companion can help the first player out by blasting light on enemies, essentially stunning them before and during combat encounters.

Valiant Hearts, which tells the emotional tale of five separate strangers during World War I, will make full use of the Switch’s touchscreen capabilities. The interactive comic book Valiant Hearts: Dogs of War will also be accessible for Switch owners as a bonus. The comic story “tells the tale of Walt the dog and his sister Cassie in the early years of WW1 as they navigate dangerous trenches in order to deliver important messages and rescue fallen soldiers.”

Ubisoft teased Child of Light’s debut on Switch earlier yesterday when creative director Patrick Plourde tweeted the below picture from his account. While seeing Child of Light up and running on Switch is certainly cool to see, it’s actually the document on his desk that has people excited. Notice the Child of Light II text on the right? Hmmm, can we expect an announcement soon?

Sorry for the long silence. But we have this little thing up and running 🙂 #childoflight #switch pic.twitter.com/M6k1xoXX8F

Will you be picking up these classic Ubisoft games on Switch this year? Let us know in the comments section below.