Many video games look to incorporate traits from their influences to create something unique. While Aeterna Noctis treads the same path of its forefathers, it combines tracks to shape a refreshing journey. Selecting aspects from the greats that came before, Aeternum has perfectly merged conventions of the Metroidvania genre in an incredible adventure that stands shoulder to shoulder with pioneers.

Set in a fantastical world, Aeterna Noctis tells the story of the King of Darkness. After the inhabitants of the kingdom turn on its creator, a supreme God named Chaos, he decides to take action. Angered by the deceit of his appointed rulers, he condemns the King of Darkness and Queen of Light to eternal war, spawning an age of agony and hatred. You must now find a way to end the battle to bring unity to a divided world. Although the premise is quite typical, its presentation is wonderful. The stained glass mosaics add character to narrative sequences which are polarized by the glorious anime segments that encapsulate the epic nature of the narrative.

Whilst Metroidvanias share commonalities such as exploration, the acquisition of new abilities and backtracking, many games in the genre diverge in terms of the core gameplay. Some focus on platform-heavy mechanics like Ori and the Blind Forest, others include Souls-like systems, for instance, Hollow Knight, however, many stay closer to the source material, focusing on combat-based gameplay. In a daring move, Aeterna Noctis, looks to blend each aspect in this grand adventure. 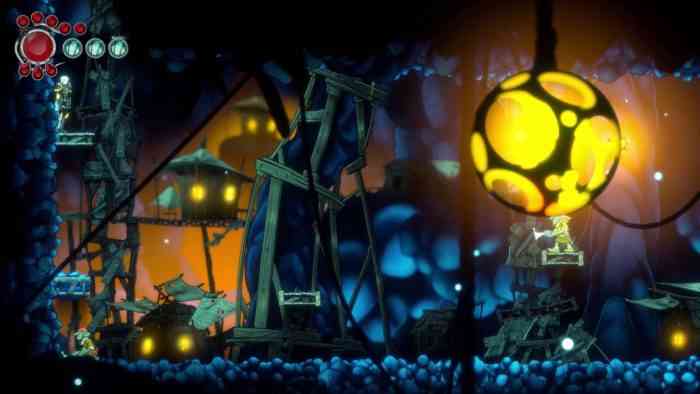 Every section is diverse, challenging you in numerous ways. Certain areas will require you to methodically take down various enemies, reading their attacks and countering accordingly. Foes vary and you will need to learn how each moves to avoid punishment. With several weapons in your arsenal, including melee-based strikes and ranged arrows, you have several ways to fight the onslaught of creatures. The arrow ability becomes a large part of the game. You can use this to teleport around the environment, attack creatures and to solve simple puzzles. Upon vanquishing the beasts, they will expel blood that you can collect and then consume to fill an orb of health, which becomes essential in your quest.

Opposing the combat is the enthralling platforming segments. With a high level of challenge, you will need to use a range of abilities to get through maze-like sections. Dashing and wall jumping, you will need to demonstrate expertise when performing precise aerial feats. Hazards are littered throughout with spikes and poisonous surfaces instantly removing a hit point. Due to this, you will need to look ahead before proceeding. Luckily, you can easily survey your surroundings by shifting the camera with your stick to create a plan of action.

As both combat and platforming are difficult, it is vital that the protagonist controls well. Fortunately, the weight and movement are sublime, meaning that failure is solely down to the player. As death is inevitable, you will identify flaws in your approach and amend these to be successful on successive attempts. At this point, you will need to recover your spirit by revisiting the point of your demise. Whilst this is a system that a lot of games include, it feels a little unnecessary in Aeterna Noctis. 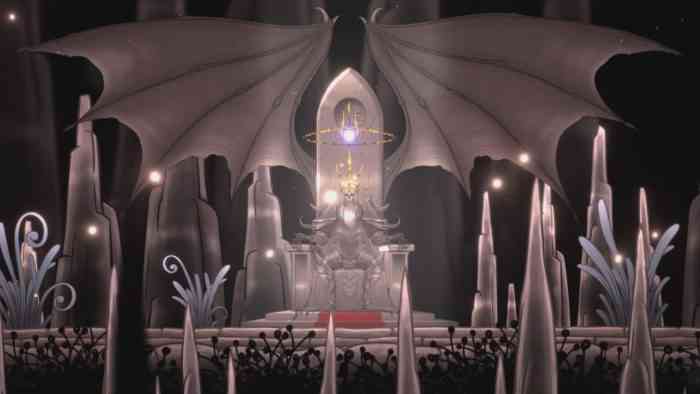 As you progress, you’ll earn experience points that can be used to upgrade your character. Whilst overwhelming, the enormous skill tree allows you to personalize the King of Darkness’ abilities to ensure he suits your style of play. In addition to this, you can also purchase upgrades from the store with a second currency that you’ll also earn through slaying the barrage on enemies.

The non-linear game has a lovely sense of progression. You can proceed through the 16 interconnected zones and earn skills that will allow you to delve deeper into the universe. Each area is sumptuous. Diverse and soaked in atmosphere, the biomes feel distinct. From incredible vistas to haunting graveyards, each environment maintains an ethereal air that permeates throughout. The hand-drawn characters glow with personality and perfectly suit the world they inhabit. Giants trudge through the background whilst foliage adorns the foreground, creating an incredible sense of depth.

A Journey of a Lifetime

Capturing the mythical ambiance that imbues Aeterna Noctis is the sensational soundtrack. Delicate piano solos echo through, cementing the loneliness and heartache of the protagonist. Rivaling these sections are the intense symphonies that accompany boss fights. The ferociousness of these battles is brilliantly ingrained in the mammoth score that submerges scenes. 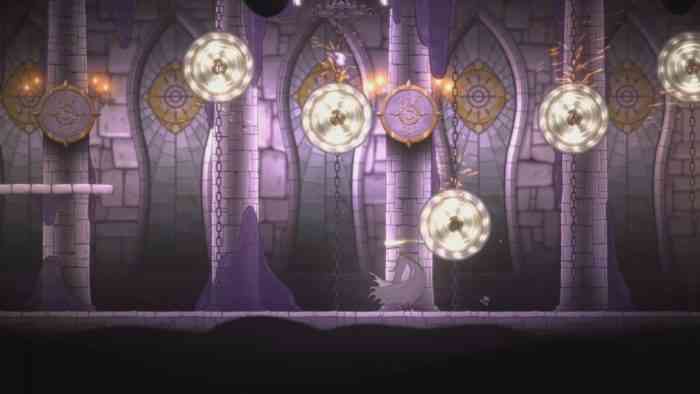 Whilst the performance is flawless, I did encounter a couple of hard crashes. When completing trials to earn new abilities, collecting the orb caused the game to close and returned me to the dashboard. On my second attempt, it worked as intended. Unfortunately, the same thing occurred on the next couple of trials too. Although I assume that this will be patched, it’s still worth noting.

Aeterna Noctis is a stunning Metroidvania that incorporates the many assets of the genre into one magnificent experience. Combining systematic combat and accurate platforming, the game is varied and challenging. The beautiful artwork makes each area unique helping to make this a truly memorable experience. 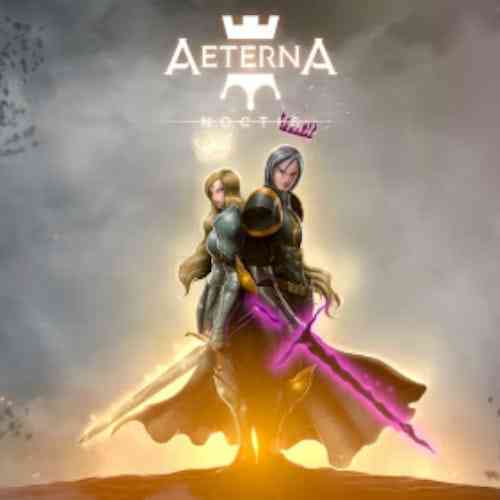