Metroid games have always had a thin, tenuous connection to sci-fi horror. H.R. Geiger’s aesthetic has a ghostly presence throughout the older games, and those tiny threads of horror have persisted ever since. Metroid Dread looks to revitalize that connection, at least from a mechanical perspective. Rather than a traditional horror game, Dread uses environmental and mechanical elements to keep the player tense and terrified. For the most part, the game succeeds at this. You’re always outmatched, outgunned, and on the run. If you find moments of peace, they’re all too brief.

For the most part, the story beats are very familiar. Samus has been sent to investigate a hostile world. Upon her arrival, she’s immediately ambushed and de-powered. There’s a flimsy line about physical amnesia, but it’s hardly needed. Anyone familiar with the genre this series pioneered knows you have to start out weak. The more compelling story surrounds your constant encounters with the E.M.M.I, stalker bots whose armor can’t be pierced by your weapons. All you can do is run. The story told through my encounters with these hunters was deeply engaging, while the actual narrative was less memorable. But then again, I’m used to forging my own path through a Metroid game.

The Struggle Is The Story

It’s not just the stalker bots- all the environmental storytelling is in fine form here. Unlike previous Metroid games, your sense of weakness is more persistent, more tangible. Even at the height of your powers, the game is sure to keep you clinging to life, a stranger in a hostile realm. At least, the dialogue constantly props up this premise. You’re always being told to keep clear of these killer droids. Survival is the watchword, rather than victory. If the dire warnings aren’t enough to keep you spooked, the whole aesthetic shifts once you enter their territory. Only the forgiving checkpoint system keeps these hunters from totally overwhelming you. 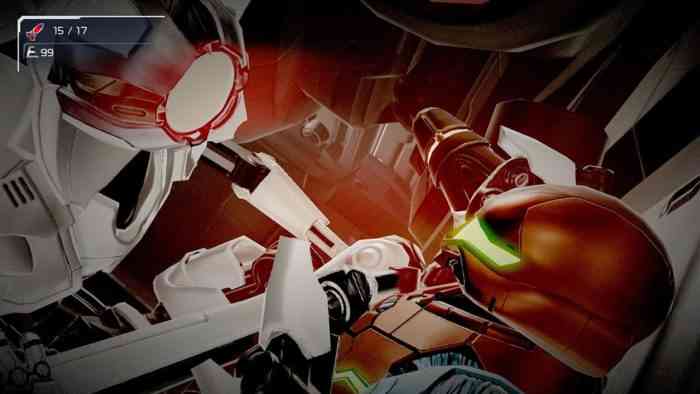 Truthfully, there are a lot of safeguards in place to keep the hunter droids from fully ruining your day. You restart right outside their door after one kills you, which softens the pain of defeat. Even the death animation for their sections is mercifully fast. The real dread and horror comes from facing down the game’s boss fights. So far, every single boss has come packaged with multiple hours of failed attempts and true despair. But this actually pretty routine for a Metroid game. Once you learn the secrets behind each battle, they’re almost peaceful in their simplicity. The road to achieving this peace is brutal, but you’re generally glad you walked said road in the end.

On the subject of walks, you still do a lot of backtracking in Metroid Dread. This is an essential component of any Metroidvania game, though the level design attempts to mitigate this problem. If you’re paying close attention, you can follow the cues, only backtracking when the game points you toward a teleport or a newly accessible section of an old stage. This didn’t stop me from getting very lost on several occasions. Is this a problem with level design, or my brain’s faulty wiring? Truly impossible to say for sure. Between the level layout and the controls, Dread consistently demands 100% of your focus.

To be clear, the controls aren’t bad by any means. They’re just very involved. To fire off a missile at a precise location, you need to hold L and R, tilt the left stick, and then hit Y. Easy enough, unless you’re unable to stand still for more than a half second, which is always the case. If you need missiles for a fight, it’s automatically a fight where you can’t stop moving. Four to six input moves are pretty normal for videogames, but there’s just something about manually aiming while doing all that in a sidescrolling game that fully cooks my synapses. The upside to these complex controls is that mastery of them means you can pull off some truly incredible feats. Even my primitive grasp on these systems tells me Dread is going to land like a meteor in the speedrunner community.

Even if you’re moving like a bullet through this game, maybe stop and take in the graphics every once in a while. This is a pure fusion of 2D and 3D, with the Metroid Prime visual style slotted into a Super Metroid map layout. Dread follows the old Metroid visual formula, wherein a stage is more dangerous the more beautiful it is. Sure, the fiery pits will cook you inside your suit, but they look amazing! The E.M.M.I. designs are a bit more insidious. The killer bots look more or less harmless, until you catch them in motion. Then the threat they pose becomes clear. Meanwhile, their flawless armor plating makes it obvious how impervious they are to most conventional attacks. Even if the E.M.M.I. don’t seem scary at first, that changes very quickly.

Metroid games have always had trace elements of sci-fi horror in them, and Metroid Dread is no different. Rather than inject the series with new levels of fear and tension, Dread seeks to highlight the latent spookiness already present. To that end, it works! That familiar sense of powerlessness and fear is given new life in this game. Suddenly your initial state of weakness has greater narrative weight. Furthermore, the lateral expansion of your move set feels like a natural conclusion. Every victory is one you clawed and fought for with all your might. Each new stage is filled with fresh dangers to keep you moving with an abundance of caution and care. Even the complex controls and the punishing boss fights are in service to this vision. Metroid Dread takes small, but significant, steps to expand and innovate upon the established series formula. Metroid and Metroidvania fans alike won’t want to miss this entry. 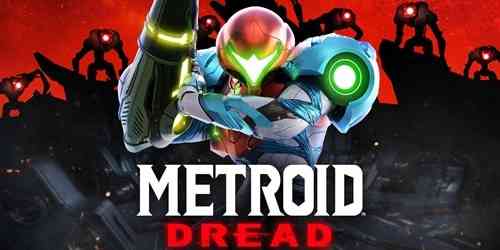