I’ve been trying, without much success, to think of a clever conceit to start my review of Far Cry 6, a sprawling, complicated mess of a game that is by turns impressive, entertaining, amusing, deeply disturbing, annoying, repetitious, thought-provoking and whiplash-inducing. It’s like a theme park version of a Latin American revolution, filled with hi-tech spectacle and disposable animatronic characters just there for the killing, and whose designers are desperate to keep you busy at all costs, lest you have time to reflect on the deeper implications of the whole experience. In other words, the cynics among you are thinking, it’s a Far Cry game.

It’s true. At least in the broad strokes and big-picture mechanics, Far Cry 6 doesn’t diverge very far at all from its recent predecessors. There’s a clearly psychotic, over-the-top villain, a cast of ingratiating and almost certainly doomed characters, far too many things to do, and a vast number of enemies to kill along the way. The sixth entry in the franchise parts company from the past few entries by having not just an incredibly well designed and beautiful setting and memorable NPCs, but a slightly more coherent and grounded story, and the willingness to pause the action just long enough to at least hint that it understands that there are nuances to its social and political themes, whether or not it actively explores them. Spoiler: it doesn’t, much.

Meet The Cast, Guess Who is Going to Die

If you have any interest in Far Cry 6, you probably already know the basics: you play as Dani Rojas (male or female versions), who attempts to escape from her (in my play through, anyway) Caribbean island nation of Yara and the despotic rule of its once-revered President, Anton Castillo, masterfully played by Giancarlo Esposito channeling an even more chilling version of Breaking Bad’s Gustavo Fring, only minus any shred of humanity. Dani’s refugee boat is intercepted by Castillo because it shelters the dictator’s son, Diego, and in retribution, all on board are murdered with the exception of Dani, who manages to wash up on the small island that just happens to be the home of Clara, leader of the Libertad guerillas opposed to Castillo’s regime.

An orphan with nothing to lose, Dani joins the revolution, and eventually, the guerillas make their way to the main island of Yara, where the game really begins. Over the course of the game, the campaign will send Dani — often with Clara or other allies — around the immense island, making alliances with powerful people sympathetic to their cause, destroying the genetically enhanced and chemically coated tobacco crop that Castillo’s scientists have fashioned into a supposed cancer-fighting drug called Viviro, and heading towards an eventual showdown with El Presidente. 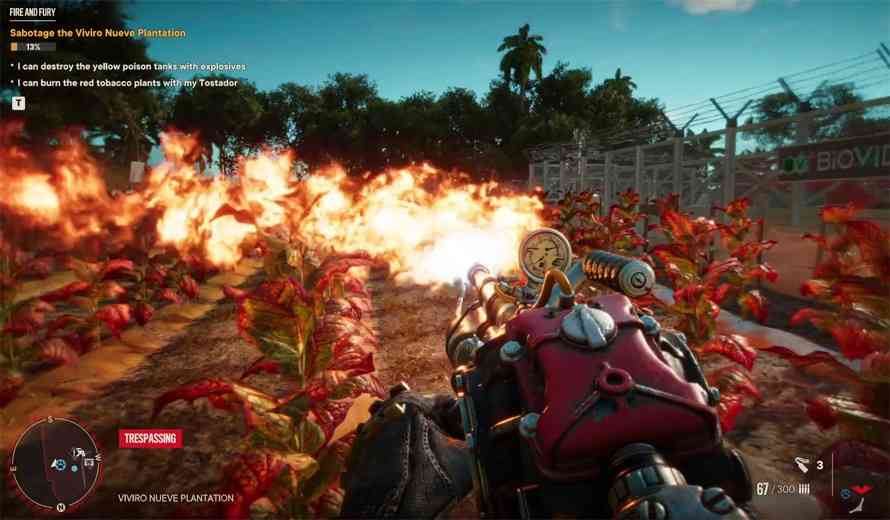 Like in previous Far Cry games, Yara’s landmass is immense and nearly claustrophobia-inducing with things to do or tasks to complete, all of them earning experience or crafting materials, or opening up new paths and even more side quests. Whether Far Cry 6 is hell-bent on giving the player enough content for their money, or deathly afraid they’ll get bored, it suffers from the malady that afflicts all Ubisoft open-world games, the dilution of the main story’s essential power into a thousand distracting tributaries. Although Far Cry’s mission design seemingly encourages a more stealth-oriented approach, the vast majority of encounters still end up as protracted shooting matches between Dani and an escalating, almost wave-based series of Castillo’s soldiers, gunboats and helicopter gunships. It’s frustrating that often, even a stealthy takedown will still trigger a subsequent and predictable all-out assault, just because it has to.

Far Cry 6 mixes up some of its mechanics for this game, often for the better, and in one case, not so much. Instead of a trait or skill-based character progression, experience points open up new and better weapons, and crafting is largely devoted to upgrading the game’s many guns and ammo types. In addition to the usual assortment of “real world” firearms, Far Cry 6 introduces Resolver weapons and fanciful superweapons called Supremos, which add things like rocket launchers or EMPs to Dani’s arsenal. The weapons and toys are fun, and go a long way towards adding variety to the somewhat repetitive combat.

Where Far Cry 6 really stumbles away from fun is in making its enemies resistant or weak to specific ammo types, requiring Dani to switch weapons or craft ammo in order to counter them. Use the wrong ammo type, and the enemy becomes a typical Far Cry bullet sponge. In the heat of battle, switching to the appropriate gun or running out of the right type of ammo quickly turns encounters into frustrating slogs of attrition. It was just a bad idea. 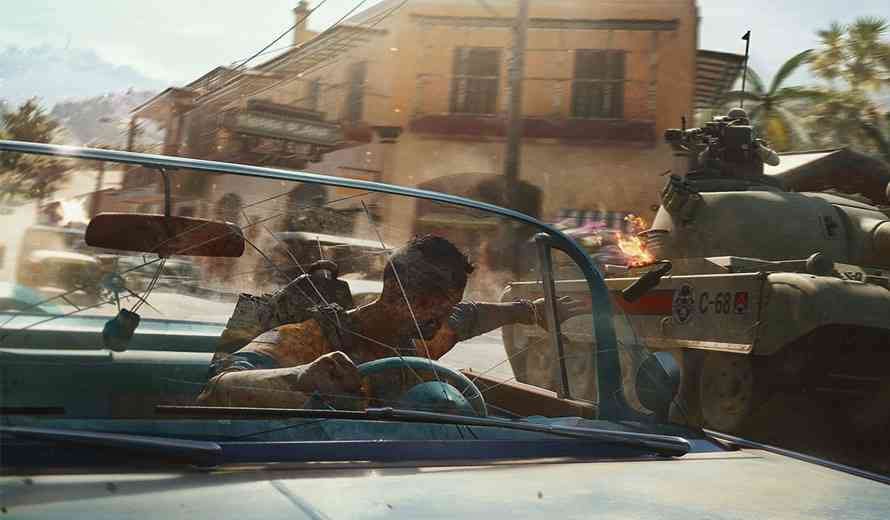 Animal allies are back in the form of adorable and useful Amigos, and they’re one of the best new parts of Far Cry 6, which also introduces horseback as a mode of transportation, along with a summonable armored car, a plane, a boat and even a wingsuit.

Yara is Immense and Believable

Yara might be one of the largest open-world landmasses ever, and it has to be one of the most beautiful. The designers have really done an incredible job populating the island with lush and colorful tropical vegetation, animals, small villages, farms, installations, and especially, the bustling capitol city of Esperanza. With weapons holstered, it’s actually possible, and a lot of fun, to explore freely without detection. The excellent visuals are paired with an outstanding musical score that leans heavily on authentic Afro-Cuban pop, dance music, and rap. Adding to the top-tier production values are the game’s environmental audio and highly effective voice acting. The actors inhabit the characters as best they can, even as the writing often reduces the NPCs to one-dimensional stand-ins for real people.

I — and I suspect the majority of Far Cry 6’s players — can’t speak from personal experience about what it’s like trying to live in, or escape a truly repressive regime, but I know that all revolutions are complex amalgams of conflicting beliefs, approaches, alliances and actions, filled with sacrifice, pain and emotional and cultural turmoil. Now and then, Far Cry 6 at least acknowledges that this is the case, thanks to some well-written dialogue between Dani and Clara and others. I look forward to reading more thoughtful reflections from those closer to the experience. 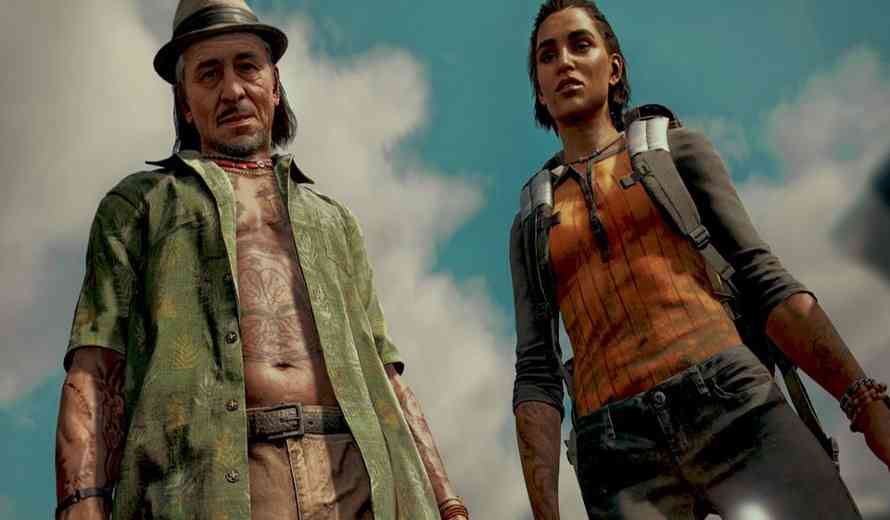 At its core, Far Cry 6 both shines and suffers from many of the same strengths and weaknesses that have characterized the last few entries in the franchise. On one hand, it has incredibly engaging action and an open world begging to be used creatively. On the other, it has repetitive and sometimes rote mission design, with disconcerting tonal shifts that seat inconceivable brutality and violence at the same table with silly, absurd humor that feels at best disrespectful, and at worst, wildly inappropriate. What finally elevates Far Cry 6 is a better-than-average cast, and a more comprehensible and grounded story that is set in one of the most lavish and beautiful environments ever created for a game. It’s fascinating, flawed, and full of contradictions. It’s a Far Cry game. 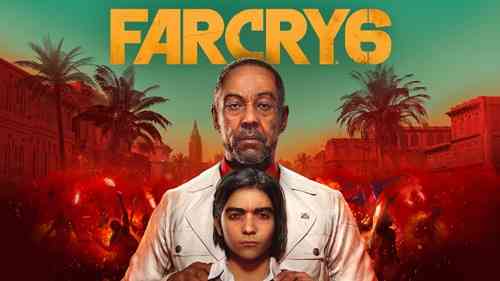