The upcoming metroidvania Crowsworn has raised over 880k CAD, or roughly 700k USD, on its Kickstarter page, and in doing so, has hit all its gameplay stretch goals. Crowsworn is a dark and gritty hand-drawn metroidvania that takes inspiration from Hollow Knight, Bloodborne, and Devil May Cry. It will focus on “explorative platforming, immersive combat, and compelling storytelling.” 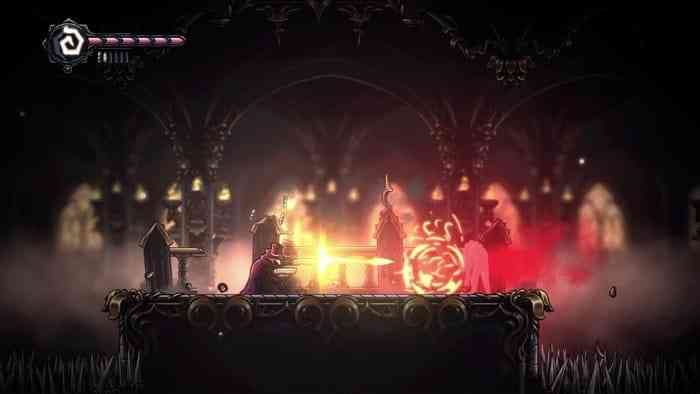 Crowsworn shows its clear Hollow Knight inspirations as shown through its non-linear world and gorgeous hand-drawn art style while making gameplay and combat innovations akin to Devil May Cry and Bloodborne. The player, a plague doctor, has three weapons at his disposal: a short-ranged scythe, long-ranged pistols, and powerful Corvian magic. At its core, the combat of the game is described as a smooth and responsive system, with typical moves such as dashing, dodge rolls, and jumps. However, the combat quickly grows into a stylized complex system when combos are factored in. For example, the player can perform a simple move of throwing their scythe in a boomerang-like fashion. When combined with shooting their dual pistols into their returning scythe, the player can redirect the scythe back into the enemy multiple times in a ping-pong like manner.

As of today, Crowsworn has hit its 850k CAD goal, which means a free DLC “Isles of Vladar” will be released after launch to add in a new region and story. Although the original Crowsworn goal was only set at 125k CAD, the additional funding will provide for a boss rush mode, voice acting, and more. With just 3 days left, Crowsworn has yet to hit its final 1M CAD goal of animated cinematic cutscenes.

Crowsworn is planned to be released on all major platforms (Windows, Linux, Mac) as well as all major consoles (Nintendo Switch, Playstation, Xbox) in December of 2023.

What do you think of Crowsworn? Let us know down in the comments, or hit us up on Twitter or Facebook.