Good Shepherd Entertainment along with Shiny Shoe first released Monster Train, a strategy and deckbuilding game with roguelike elements, on PC and Xbox One in 2020. The game was hailed as having great deckbuilding, excellent replayability and various combinations for fans to utilize using different tactics. As a treat to gamers on the Nintendo Switch, Good Shepherd Entertainment have announced that Monster Train First Class is coming to the Switch on 19th August 2021.

The narrated trailer gives gamers a glimpse at the action packed battles as well as systems in the game as the combat, monsters and more are showcased. 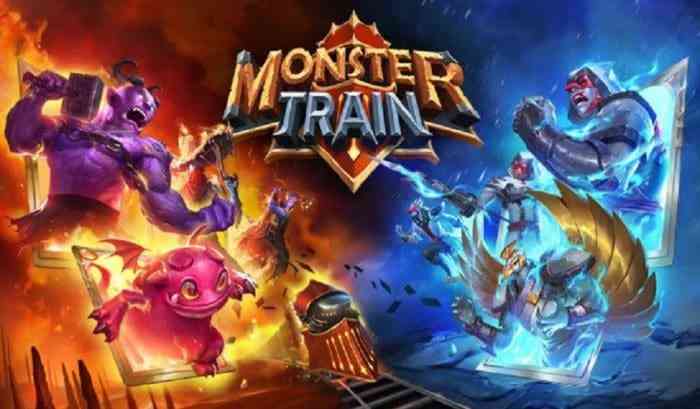 The game will be available for USD$29.99. Fans will be pleased to know that this special version of the game includes the ‘Last Divinity’ DLC along with the base game, bonus cards, units and gameplay features that were added into the game via updates since its original release.

Monster Train is a unique deckbuilding game that mixes in roguelike elements to keep the game exciting as players have to use tactics and ideas to defeat their foes. Players must defend three vertical battlegrounds at the same time in an effort to protect the pyre. Along the journey, players will choose different routes, recruit units to strengthen their team and upgrade their champions to ensure victory in the toughest moments.

Monster Train First Class maintains its freshness as there are hundreds of cards to unlock, a variety of challenges with different solutions, six clans with unique gameplay and more. Essentially, every run of Monster Train gives players a different experience.

Are you a fan of deckbuilding games? Did you try Monster Train before? What are your thoughts on the game coming to the Nintendo Switch? Let us know in the comments below or on Twitter and Facebook.