SOS: The Ultimate Escape Preview – A Battle Royale with Cheese

I’ve just returned from the City of Angels having experienced vigorous loyalty, heartbreaking betrayal, a strong dose of exhilaration, and beyond it all, an unfamiliar sense of fame. Instead of achieving A-list celebrity status in reality, I instead became a figure of notoriety in SOS: The Ultimate Escape from Outpost Games. From punching demon monkeys to narrowly escaping venomous mosquito bombs, there was a lot to take in during my hands-on experience with the game.

SOS is a survival game where 16 players fight to escape the treacherous island of La Cuna. In order to do so, players are tasked with acquiring relics, signaling a helicopter, and escaping before the 30-minute timer expires or they’re slain by the island’s dangerous monkey creatures or opposing players. There’s a profound catch, however, as only three players can escape on the helicopter. It’s up to you to trek alone or unite with additional players to work together in acquiring relics and successfully escaping.

Prior to getting my hands on the game, that description alone had my curiosity. But it’s the narrative and features supporting it that grasped my attention. In the narrative, SOS is a reality game show where, just as previously detailed, contestants fight to survive and escape. The tropical island, La Cuna, has been entirely renovated with the addition of temples, abandoned shacks, and secret caves; all of which house valuable items ranging from a series of weapons to consumables. Similar to other multiplayer games on the market, SOS utilizes a voice proximity feature. If you’re within yelling range of another player, they can hear you. Interestingly, SOS stands on its own by placing your voice at the center of the experience with the incorporation of what I consider to be a groundbreaking platform called, ‘Hero’. 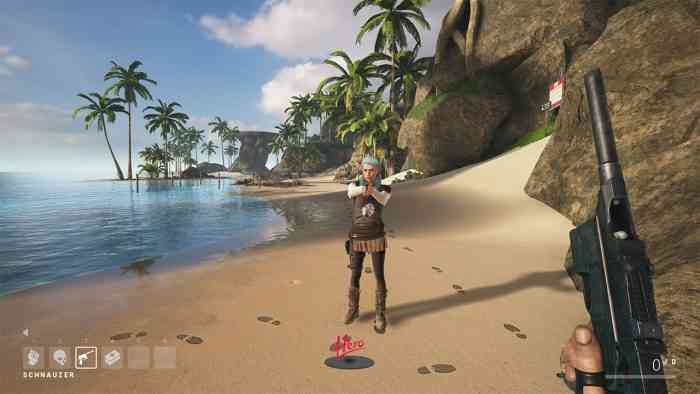 Hero enables players and streamers to interact with their audiences in entirely new ways. Integrated within the game itself, audience members can project their reactions through a series of emoji-like expressions like shock, laughter, rage, and applause. For example, during one of many matches I competed in, I’d fail to kill an enemy player with a fully loaded revolver while they beat me to death with their bare hands. In return, my screen would be met with a barrage of laughter emojis, indicating that my audience was highly amused by my blatant deficiency on keyboard and mouse. In pivotal moments, viewers can vote on a number of supply drops that either benefit or hinder you based on what wins the vote. Your UI is also equipped with a viewer count. So, between opposing players who’ve been killed and the audience you’re theoretically streaming for, you’re aware of how many people are spectating you at any given moment. But this isn’t your grandpa’s livestream. Hero features a ‘Fame Rating’ system that ranks players on a global leaderboard based on their in-game popularity. Climb your way toward the top of the board, and you’re intentionally matched with other popular contestants in order to put on the most entertaining matches possible.

“SOS is one of the most entertaining meta experiences I’ve both spectated and participated in.”

I imagine that’s quite a heap of information to swallow, so, allow me to walk you through how a typical match plays out. Similar to the hit reality show ‘Survivor’, every match begins with an introductory phase. Contestants choose to play as one of twelve avatars. Through their voices and a series of interchangeable emotes, it’s up to players to project their true personalities or conceived characters through the avatars, respectively. I regularly played as a slightly overweight man sporting a bucket hat, striped socks, and sandals; the ultimate survival gear, naturally. For reasons I’ve yet to determine, I pretended to be Paddington Bear while I was at it. Anyway, players are granted five seconds to introduce themselves as the match commences. Hilariously, the avatar’s mouths react to your voice. The animations are far from one to one, which makes it all the more amusing, in a good way.

Once the intro concludes, players spawn alone across the reaches of La Cuna. Players are intentionally spawned within close proximity of one or two others, so, they have an opportunity to murder them at the start or team up by giving each other a literal high five, one of four emotes at their disposal. Once your team is assembled, it’s time to scavenge for supplies such as papayas, La Cuna’s sacred health granting fruit, health kits, explosives, weapons and more. Handguns are the only ranged weapons on the island and they’re hard to come by. Therefore, you’re mostly confined to your fists, daggers, tomahawks, and human skulls; all of which can be thrown as well as slashed into your enemies. The relics are strapped to the backs of powerful monkey creatures and can be acquired by bringing them down. Once you have a relic, signaling for the helicopter with a flare gun begins the extraction phase. The final phase of every match consistently proved to be the funniest and most exciting part of the experience. All remaining players inevitably wind up at the extraction zone and duke it out over the limited number of relics. Only three players can escape with a relic, so, every finale was entirely unpredictable. I witnessed teammates betray each other at the last minute, sacrifice themselves for others, and kill entire squads with a single dagger. I personally never managed to escape the dangers of La Cuna. I hooked onto the helicopter once but was unfortunately shot to death as I was pulled to safety. To make matters darker, my life was taken by an individual who I’d been working with throughout the entire match. 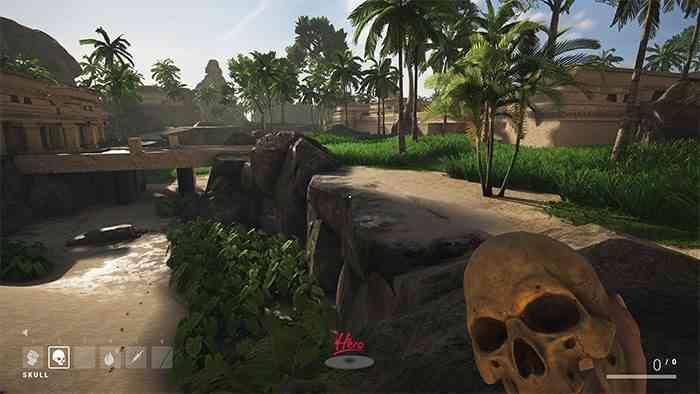 In an era when battle royale game modes are all the rage, SOS features elements of a battle royale with cheese (the cheese being its unique Hero platform). I rarely stream for more than about eight people at once, so, streaming for a whopping twelve people for more than five minutes proved to be rather thrilling. Avatar customization and weapons are a bit shallow at the moment, but Outpost is committed to updating the game over time with new features and map iterations. Between the hilarious encounters I had with other contestants and the crazy moments of shootouts and escapades, SOS is one of the most entertaining meta-experiences I’ve both spectated and participated in. The Game is now in early access on Steam. For more on SOS: The Ultimate Escape, keep it locked on COGconnected. 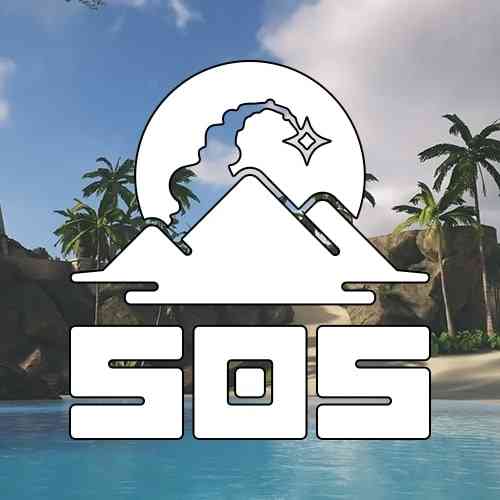