‘No Place for Bravery’ Lives Up to its Name

No Place for Bravery follows the character Thorn, an old, battle-hardened warrior searching for his lost daughter. A tale as old perhaps not as old as time, but perhaps as old as Taken at least, No Place for Bravery features mechanics inspired from other games, but puts them into its unique setting and ultimately makes those mechanics work for their game.

The game’s PAX Online demo was a strong showing for the title, showcasing both its audio and visual strengths as well as its robust gameplay. No Place for Bravery is a 2D top-down action RPG with familiar mechanics such as checkpoints that respawn all enemies. The title features a fast-paced combat system that the title self identifies as “brutal Sekiro-esque 2D combat”. Both dodging as well as parrying are highly important skills in No Place for Bravery, and becoming familiar with these mechanics are a must for completing the demo.

Simply put, the combat was punishing, even within the demo. While the game does not go so far as to be considered unfair, the learning curve forced me to learn quickly or continue dying. While enemies individually may not cause as much of an issue, I found myself quickly becoming overrun by enemies on multiple occasions. After dying, I often found myself being a bit more cautious and relying on learning from past mistakes to get through the section. It is clear that No Place for Bravery is indeed no place for bravery, and both patience and caution will be required to survive in this world. 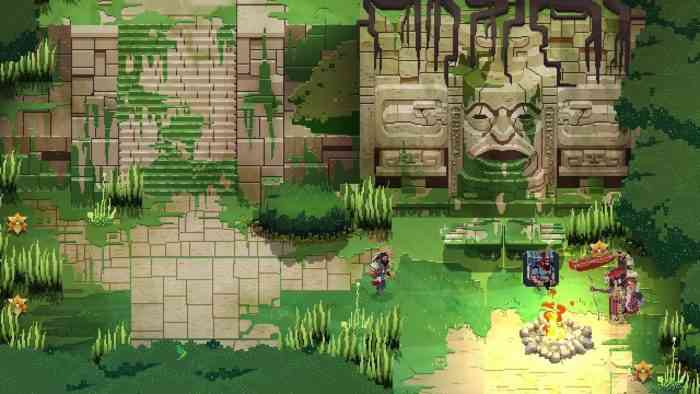 Perhaps more memorable than the gameplay was the world in which No Place for Bravery takes place in. It is clear that the game is full of life, from its backstory to its setting. There is nothing quite as interesting as a city built within a giant corpse with an equally giant sword through it. No Place for Bravery’s audio and aesthetic fit the tone well, but even better between moments of combat. At times, the game looks and feels calm and serene, lowering your guard just long enough to get killed. I definitely appreciated the tone set between combat portions, as it demonstrated that despite the at times peaceful setting, the world is a brutal place.

No Place for Bravery is slated to release in 2021 for the PC and Nintendo Switch, and we look forward to seeing more.

Start March off With a Bang With These Awesome PC Game and Accessory Deals
Next Neko Ghost, Jump! is Giving Me Little Big Planet Vibes
Previous Destiny’s Sword Needs Sharpening Before It Slices Its Way on PC