Burgos Games have joined several other developers during PAX 2020 to give gamers a taste of their upcoming game, Neko Ghost, Jump! There are plenty of gritty games at PAX Online, plenty of simulation games and some of the other titles offer platform, but Neko Ghost, Jump! is a 2D/3D platforming marvel that any cat parent is sure to enjoy. As the proud parent of two cats, and a fan of the Burgos Games art design, I quickly jumped on the opportunity to shift my perspective between 2D and 3D planes as Nekoman. Neko Ghost, Jump! is a successful Kickstarter project and the gameplay makes it easy to see why fans clambered to get on board with Burgos Games. Neko Ghost, Jump! will release soon for PC, Nintendo Switch, Xbox One/Series S/X, PS4/PS5, and mobile, but Burgos Games has yet to confirm a launch date.

When his planet was attacked by space pirate cats, Nekoman was in the midst of marrying a purple-pink cat when the space pirates stole her away. As he bawled his little cat eyes out, a fellow cat saved Nekoman by pushing him away from an explosion and taking one for the team (a scene Horizon Zero Dawn fans will be familiar with). This is where the story of Neko Ghost, Jump! begins, instantly kicking off with a stage of basic platforming with an interesting twist. Just like in previous platforming titles such as Fez and Super Paper Mario, gamers will have to shift their perspective from 2D to 3D and back again to solve the puzzles in this platformer, to unlock all of the collectibles in a level, and to ultimately save Nekoman’s love from the space pirate cats.

While the plot of Neko Ghost, Jump! may be a bit wacky, the gameplay is the bread and butter of this platformer. At times it feels like the dash button is either too sensitive or not sensitive enough, but I was able to complete all of the content the demo had to offer. There are multiple stages to playthrough with the PAX Online demo of Neko Ghost, Jump! but I felt like it wasn’t enough to really invest in the plot or the characters, and I barely had a concept of what was really going on other than the quality platforming. When the space pirate cats came in, they stole many other inhabitants of the peaceful cat planet and I was just left wondering why by the time I finished playing the demo. 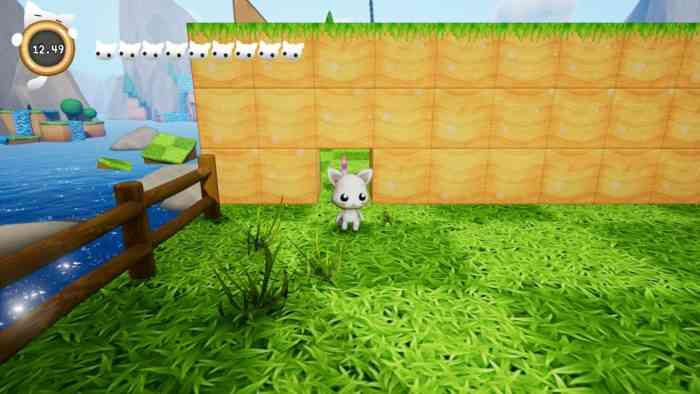 Each stage of Neko Ghost, Jump! ends with Nekoman hopelessly reaching out for the anchor of the space pirate ship to no avail. While he’s never able to climb that anchor in the demo, there’s an eventual world known as Pirate Ship which is currently under construction at Burgos Games. Some of the other areas in the game include the Junglelands, Sandlands, Chillylands, Fluffylands, and Flameylands. These areas range in levels of completion at Burgos Games, but PAX Online fans only have the ability to play a limited portion of the Grassylands. The music changes depending on what area you’re looking at on the world map, suggesting that each level will have unique music.

As the perspective of Nekoman’s world shifts from 2D to 3D in Neko Ghost, Jump! so to does the music. The 3D plane offers one track, while the 2D plane offers another, proving that Burgos Games know more than one way to switch things up. When Nekoman goes into his Ghost form, he’s able to combat enemies that would otherwise leave him powerless. As he wields a lance with a blueish glow encompassing him, he’s able to clear the path for Nekoman’s physical form. When shifting into the Ghost form, the music alters slightly again, bringing three sounds to the Grassylands’ three dimensions.

The combat and 3D platforming of Neko Ghost, Jump! both need some tweaking, but otherwise, this is a great platformer. The game plays more optimally with a controller, and the devs were quick to warn gamers trying the PAX Online demo, but I tested the game with a keyboard and a gamepad and can confirm that the gamepad had the better experience. For the most part, switching between 2D and 3D is seamless but Nekoman definitely feels a little more floaty in 3D compared to 2D. 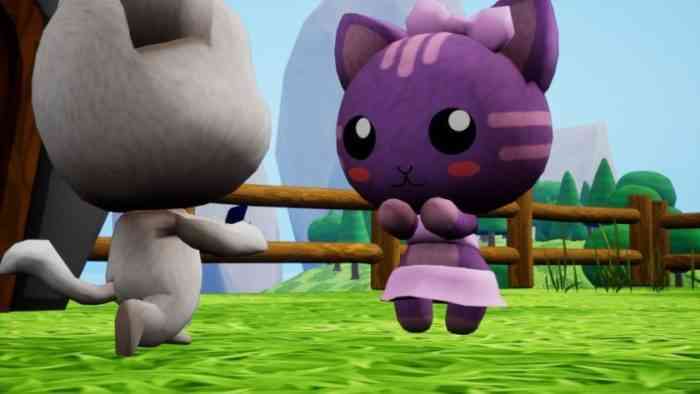 Neko Ghost, Jump! encourages exploration between solving puzzles, but it also has an emphasis placed on speedruns. A scoreboard at the end of a level will calculate the collectibles you found on any given run, how many enemies you killed, and several other things are factored into a time reduction to how long it took to complete the level. It’s like if Little Big Planet had way fewer orbs, but the orbs reduced the time it took to complete levels so that you could climb the leaderboards through multiple methods. Neko Ghost, Jump! will probably get to the point where it includes LBP levels of customization but the demo doesn’t offer much in that aspect. The gameplay needs some tweaking, but the 2D/3D design of Neko Ghost, Jump! is a lot of fun. 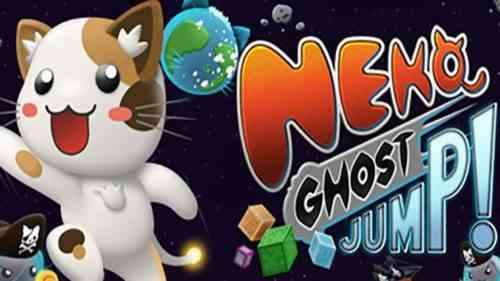