Destroy All Humans Remastered Shows Off Gameplay at PAX East

The Remake We All Need

Destroy All Humans became an instant cult classic when it first launched for the PS2 in 2005. The game had the simple premise of trying to wipe out all human life on earth. How deep and complex. The game was by no means a narrative masterpiece but it had a strong sense of itself and never took anything too seriously. Dry and sarcastic humor dominate this game. The main character is a mean and cynical character that somehow still remains likable. It is no wonder why so many people have been demanding that the game make a comeback. 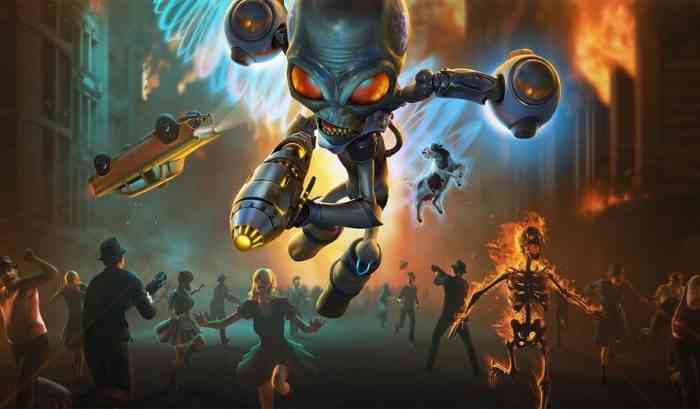 Fifteen years after the game first arrived, THQ Nordic has taken on the task to remaster the old game and give it a more modern feel. The core mechanics are still there, but things like graphics and certain animations have been totally overhauled. The graphics are by no means breathtaking, but they are obviously an improvement from the original.

Remakes are a controversial topic amongst the gaming community, but when they are done right and remaster the right game, no one seems to be too upset. It is hard to find anyone who did not like Destroy All Humans though. It appears that everyone was charmed by its old school 1950s vibe.

Destroy All Humans might not have aged perfectly but there are still plenty of things that transfer over well to this day. The fun and unique combat for instance still holds up to today’s standards. The dizzying amount of ways you can deal with different enemies is something you don’t really see any more in games. It is a blast from the past in all the right ways.

Destroy All Humans will launch on the Xbox One, PS4, and PC later this year.

Space For Sale Looks Like a Cross Between Astroneer and Fall Guys
Next
Valve Index Headsets Will Be Restocked in Time For Half-Life: Alyx
Previous
Microsoft Unveils Two New Xbox One Controllers