Fight for Freedom From the Ever-Changing Palace in ‘Dandy Ace’

Ladies and gentlemen! Prepare yourself for a feast of the eyes, a flick of the wrist, and a trick of the mind as the world’s greatest magician, Dandy Ace, takes the stage! Mad Mimic’s magic-inspired roguelite is comical and amusing with a captivating art style, but by no means should you let your guard down while trapped inside the ever-changing palace. Dandy Ace is a tale of jealousy and honestly, I can’t help but wonder if the bad guy isn’t entirely in the wrong here.

The magician Lele was, unfortunately, not very good. When Dandy Ace showed up – young, attractive, and with two cute assistants to help him on stage, Lele did what any sensible person would do when competition stepped up; he used the dark arts of a magic mirror to create a reality within said mirror that would trap his nemesis. The usual. Dandy Ace is a skilled magician and despite being trapped in this awful dimension, his powers are still potent and deadly against the denizens of this realm. You’ll have four possible attacks in any given run, however, these attacks depend on which cards you find (you’ll start a run with three random cards in front of you) with each run offering totally different cards. Some will let you summon giant fists, others will let you drop explosive cards like land mines, and some still will have you firing bubbles across the stage.

I’ve got the Magic in Me

Unique to this game and probably my favorite feature is that Dandy can carry eight cards at a time. Four of them will be his attack and the other four can be slotted into said attacks for a secondary effect. I uncovered an explosive dash attack which was more powerful than my standard dash, so I swapped the cards. I discovered if I attach the standard dash to my new one I would gain a boost of Haste every time I used it. My favorite combination was my explosive star shot combined with the bubble attack, making successful hits generate a burst of explosive bubbles which turned my ranged attack into a serious AOE. The combinations are delightful and cards drop frequently enough you don’t feel like you need to go hunting to find them. 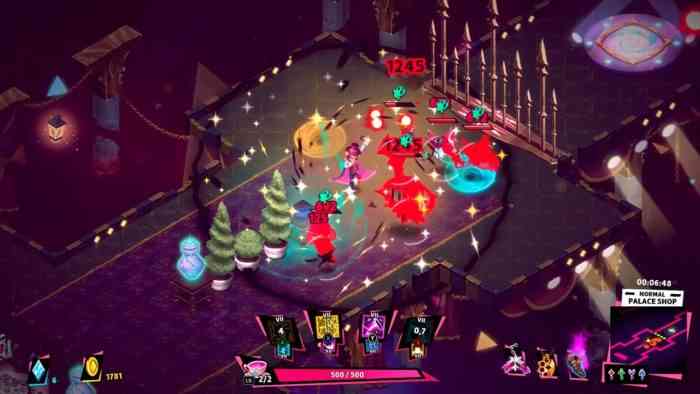 As is the case in most roguelites, upon completing a procedurally generated stage you’ll be taken to a hub area where your assistants wait to help you. One will let you activate a perk for the rest of the run and the other is a shop to spend coins and fragments of the mirror that enemies drop. These fragment purchases are permanent upgrades so the more you play, the further you can get into the dungeon. It took a few runs before I found my groove (and the right cards for my style) but I was eventually downed by death-like enemies wielding scythes in the second stage. These enemies teleport, have a long reach, and in general, were just devastating to encounter. Dandy Ace is still in development so I hope they will be toned down considering I also had seven other enemies in the room to contend with.

The art style has that hand-drawn, warm-toned feel to it and the purple, red, and fuchsia tones which overlap the world add to that mystical sense of being trapped in a magical dimension. I would have liked a dodge mechanic but I really can’t give this game much fault. As it stands its a fun, action-filled adventure that uses its themes well to explain the world you are in and the powers you have. I hope to see more variety out of the cards that drop and maybe a little less insane damage from that one particular enemy but otherwise, I had a lot of fun just playing run after run. 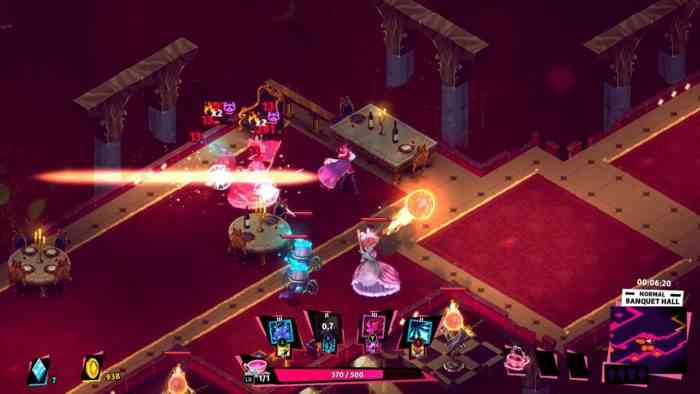 Dandy Ace is pleasantly challenging without feeling overbearing. There are plenty of ranged attacks to keep you at a safe distance, and comboing cards for stronger skills is a great mechanic. The surreal realm feels great. The weirdly twisted artwork and statues that line the halls of the museum are amusing and strange, adding atmosphere to the already bizarre environment. It’s an all-around solid experience and the kind of game that gets you saying “just one more run.” Dandy Ace is set for release in February 2021 and will be available on PC, PlayStation 4, Xbox One, and the Nintendo Switch. For more information check out the game’s official website, and for all things PAX Online be sure to keep it locked on COGconnected. 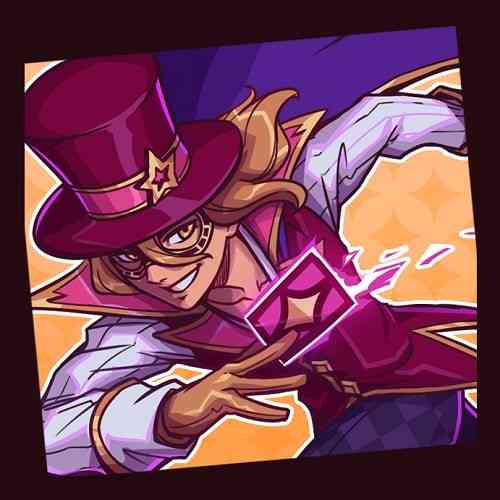