Tactics. What are they? Do shooting game designers really know anymore? Most modern shooters are a series of corridors with meticulously planned and preset sequences that are designed to wow you in the same way a summer blockbuster does. That’s all well and good sometimes — 80’s action flicks are incredible for just that reason — but occasionally being surprised is nice.

“Wildlands is designed to give the most limitless and open experience technology will allow.”

Ubisoft hosted us in San Francisco last week, where we crawled through the jungles of Bolivia, made the cartel very angry, and generally went off the rails every damn 30 seconds. Note: that means it was fun.

There’s a story in Wildlands, but I’m not going to tackle that — it’s far from the meat of the game. Ghost Recon has always been about reading and reacting to situations, and according to Senior Producer Nouredine Abboud that’s precisely why the open world is so important to bringing the Ghost Recon experience to another plane of existence. 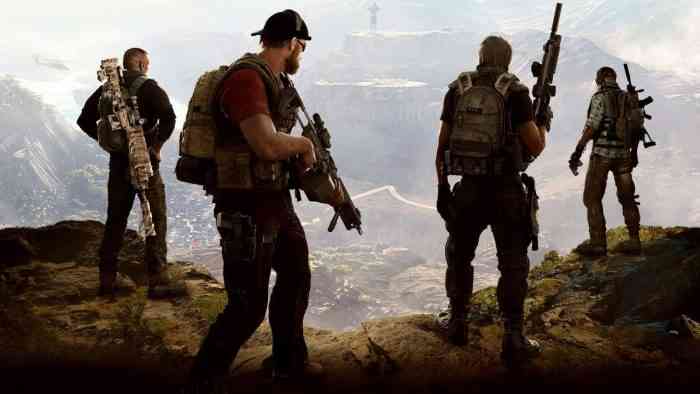 Ghost Recon’s history has been brought along for the ride too, maintaining the ability to approach things from any angle that made the games so popular in years past.

Wildlands is designed to give the most limitless and open experience technology will allow. Practically, this means that there’s seamless drop in/out co-op for the entirety of the game, will zero enforced boundaries. If you wanted to, you could have 4 human players completing missions in 4 separate provinces simultaneously. The demos you’ve probably seen are no joke, with each strategy potentially being a valid one. Technically that’s a pretty stupendous achievement, and it works in practice as I was able to completely abandon the team with no penalty except the risk of failure.

“Importantly, while the game world endures complete mayhem nothing feels like it breaks.”

That abandonment was open in the interest of self preservation — one of my teammates had a penchant for going all Leroy Jenkins at the worst (best?) possible moments, which led to laugh out loud hysterical fails on numerous occasions.

It works because the core of the game was designed to be self sufficient. Characters have schedules, goals, and motivations without input from the player – gone are the days of passive and alert AI modes, replaced by the idea that player input should affect the AI’s motives in some way.

This manifests itself most often in things going hilariously, spectacularly, brilliantly wrong during missions. Regardless of approach taken to complete an objective, I constantly had the sense that the excrement was on the verge of hitting the spinny thing. That’s super exciting. These aren’t the kinds of situations where you immediately want to restart a mission either – it was fun to try and battle our way out of an absolute dumpster fire of a scenario using the materials at hand and while leaning desperately on each other for aid. 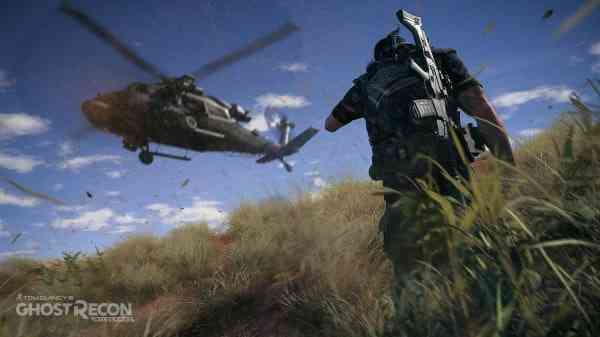 Importantly, while the game world endures complete mayhem nothing feels like it breaks. The AI and world easily pivot to adapt to your shenanigans, whether that’s sneaky sniping from mountaintops or crashing a chopper down in the middle of a base and hijacking a tank.

The game feels tight and responsive too. I rarely felt like I was battling the controls, or that I was unable to do what I wanted — failures felt like they fell squarely on my shoulders.

“The game feels tight and responsive too. I rarely felt like I was battling the controls, or that I was unable to do what I wanted — failures felt like they fell squarely on my shoulders.”

Variety is the other main theme in Ghost Recon Wildlands. The map has 11 distinct ecosystems across Ubisoft’s biggest ever open world. The skill tree offers the ability to spec to your liking, while the returning GunSmith and new CharacterSmith features allow you to trick out your loadout as well as your soldier however you like. You can also play as a gal if you like – hooray!

I tried playing single player as well and you can direct the Ghost squad with reasonably fine detail, but co-op is massively superior in my eyes. Because the world allows so much, you’d be doing yourself a huge disservice by denying yourself that experience. Just buckle up and hang on tight for what is shaping up to be an endlessly surprising and wholly entertaining entry into the tactical shooter genre. 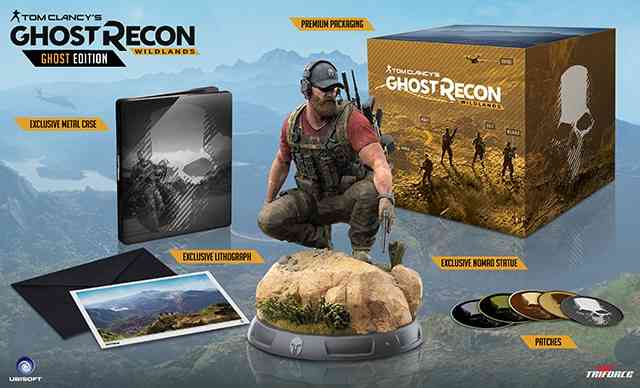 
Google Stadia Library Extends with a Bunch of Ubisoft Games