Get Into Some Death Race Card Battles With Dustbiters

In a rather unusual turn of events, we’ve gotten access to a game ahead of its Kickstarter launch. Even more unusual is that it’s a card game! Dustbiters is coming your way courtesy of Jan Willem Nijman, Terri Vellmann, Robbie Fraser, and iam8bit. The Kickstarter launches today, while the full release is planned for November 2021. It took around 20 minutes to understand the potential at work here. Dustbiters is rad as hell. 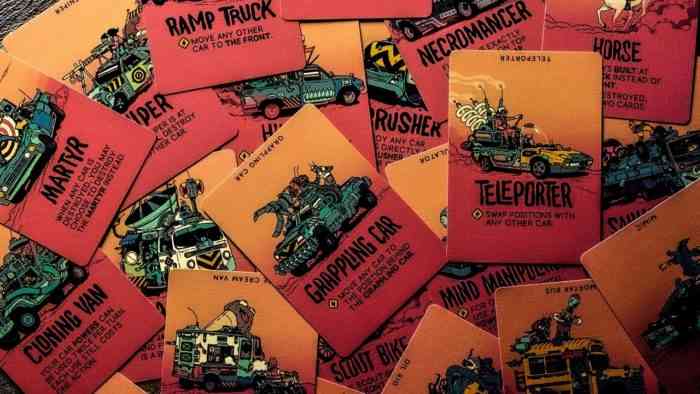 Speaking of unusual, this is a two-player card game. Just you and a single opponent trying to outrun a murderous dust storm. Matches can move crazy fast. Most of them are 15 minutes or less! The team accomplishes this with a simple set of rules and a lean, wiry deck size. There are only 21 cards, and over half of them are accounted for before the game even begins. On top of that, at least one card is being discarded every turn. The gameplay feels pretty frantic, to say the least.

You and your opponent represent two halves of a car convoy being swallowed by a dust storm. Whoever’s at the very back is destroyed at the end of every turn. If all four of your cars are trashed, you’ve lost! Every car has either a passive or an active power, most of which are focused on destroying other cars. It all seems pretty simple at first, but the game’s true depth reveals itself soon enough. Matches can go in a hundred different ways. Do you build, destroy, or drive your way to victory? Or do you use some weird combination of all three?

Beyond the snappy, cutthroat playstyle, the art is all excellent. Each of the cars is rendered in exquisite detail. More than that, each car offers hints at what sort of world this brutal little game takes place in. It’s a world where teleportation and necromancy operate side by side. A world of spiked cowcatchers, flame throwers, grappling hooks, and actual horses. It’s a world where science feels like magic, with a dash of climate apocalypse added for extra flavor. All of this comes across in the art, as well as the gameplay.

If all this feels familiar, it should! Robbie Fraser, Jan Willem Nijman, and Terri Vellmann are developing Dustbiters. Robbie Fraser is from Free Lives, the studio making Terra Nil. They also released Broforce, GORN, and Genital Jousting. Nijman and Vellmann are two of the people who developed Disc Room. So the faint Devolver Digital vibe is no accident. If you want in on this crazy action, the Kickstarter is live right now! Dustbiters is set for release sometime in November 2021. You can also check out the official site to get on the game’s mailing list here.

***A copy of the game was provided by the publisher*** 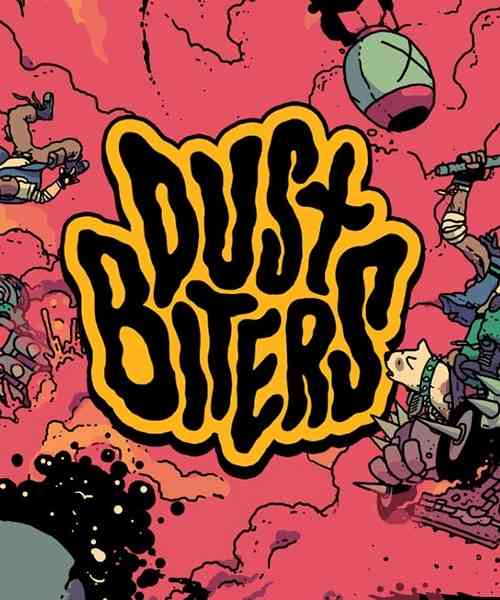 iam8bit Donating Will of the Wisps Proceeds to Charity
Next Tinytopia Lets You Build (and Destroy) a City With Toys and Action Figures
Previous Sonic Colors: Ultimate Looks Better Than Ever