There’s something inherently satisfying about city builder games. You start with untamed wilderness, gather your resources, and you’re off to the races. Having been through this process countless times, I did not anticipate how satisfying it would be to do it all in reverse. Creating nature out of nothing is immensely rewarding. After playing through the demo for Terra Nil twice in a row, I’m ready for the full release. The entire game could just be what’s shown in the demo, and I would be over the moon. Bringing greenery back to a blasted wasteland? Sign me up!

The maps are procedurally generated, though there’s precious little to generate. Just a handful of dry riverbeds, some skeletal trees, and a sprawling expanse of featureless wastes. From there, you generate power, rejuvenate the soil, and start generating fertile spaces. You also need to pump up water from beneath the surface, so that the rivers can run once again. After that, the temperature and humidity need to be at optimal levels before actual environments can be generated. Finally, once the place looks like nature again, you need to recycle and collect all the man-made structures scattered around the stage. In the end, no trace can be left of your presence. 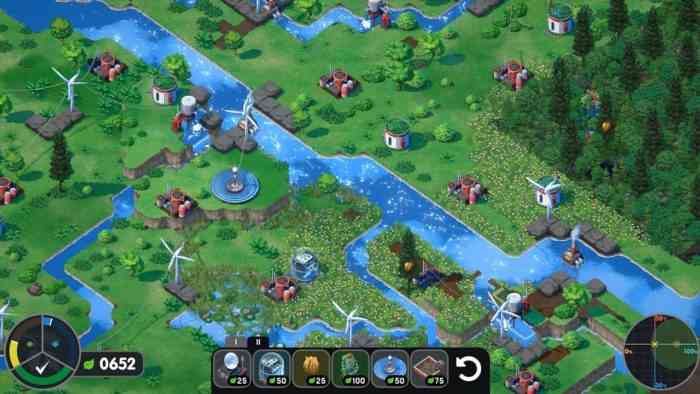 The first thing that really stood out during the demo was the music. It’s a tranquil of assembly of notes, used sparingly and to great effect. We might have turned ‘nature is healing itself’ into a meme, but this is truly what that would sound like in action. Like the first sunrise after some horrendous villain (maybe us?) has been vanquished, these peaceful notes make the perfect backdrop for your work. Even my failures -and there were a couple of those- felt like essential learning experiences while this music was playing.

Unlike the music, I wasn’t totally floored by the graphics. However! I think that’s intentional. Or at least, the simple visuals are in service of the game and it’s overall effect on the player. While each individual component exists as simple representation, this lets the complete picture communicate more directly. As in, we can’t have any bold artsy nonsense because it muddies up the message. Going from sparse wasteland to national park perfection makes the purpose of your work crystal clear. Or, to put it more simply, clean art makes the act of cleaning up more satisfying at the lizard brain level.

A Whole Planet To Restore

Other touches in the aesthetic presentation and the mechanics helped keep me hooked. Enough that I played the demo twice over, in fact. The growing grass, the seeping marshlands, and the controlled burns all make your efforts more tangible, more tactile. Even simple things like your resource count populate with satisfying sights and sounds. On top of that, all the separate pieces click together with graceful ease. From the first wind turbine to the last recycling drone, every step of the process feels seamless and deliberate.

A couple of hours was more than enough to get me on board with Terra Nil. While I’ve only seen a fraction of what the game has to offer, I’m pretty confident that the final product will blow the doors off when it’s released. Sadly, we’ve got nothing even resembling a release date at the moment. If nothing else, I’ve got plenty of time to speculate. How will the challenge be ramped up for the rest of the game? What sort of bleak or hostile environments will I be tasked with restoring? What other biomes will I be forced to carefully balance in order to restore the world to its former splendor? If you’ve got any interest whatsoever in city builders or large scale sim games, you’ll want to keep Terra Nil on your radar.

***A Steam demo was provided by the publisher*** 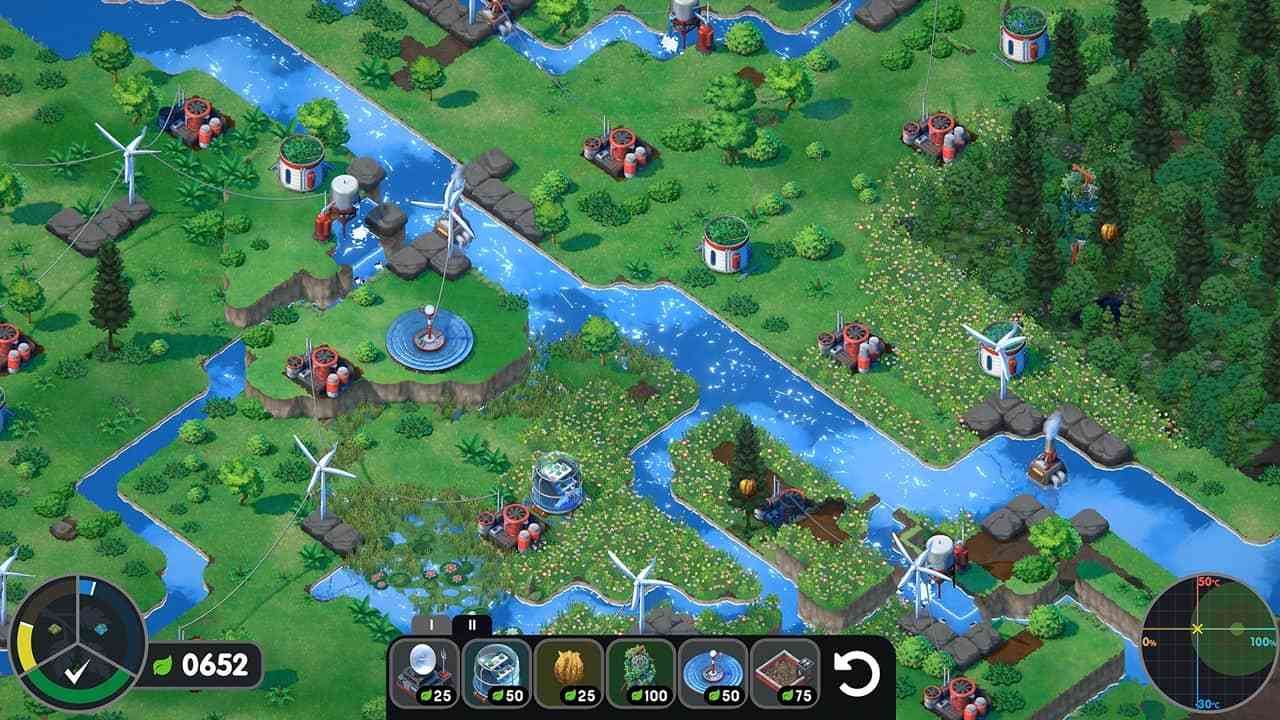 Phantom Abyss Wants to Impale You On a Spike

The Banana Bullet Ballet Returns With My Friend Pedro: Ripe For Revenge

Devolver Digital Set To Launch Blightbound Later In July
Next Tales of Arise is Stunning, Atmospheric, and Full of Life
Previous Get Trapped in a Roman Time Loop With the Forgotten City