Get Trapped in a Roman Time Loop With the Forgotten City

Solving a murder mystery can be pretty daunting, you know? Maybe if you had a few tries to guess the killer, you could get it right. The Forgotten City explores this conceptual space, with a few serious twists along the way. I spent a little time with a preview build for the game, which gives long legs to the ever-popular time loop conceit. Yes, a few extra tries are great, but what if you just keep finding more mysteries along the way?

For the sake of spoiler avoidance, I’ll keep things pretty vague. Forgotten City hinges on mysteries and their solutions, so it would be extremely rude of me to just air any dirty laundry at this stage. Of course, even if I did decide to start spilling beans left and right, it would take me a while. There are many mysteries at play here! If you’re the sort of person who loves tugging at loose threads, this game is lousy with them. Every character you talk to has leads to follow, theories to consider, and touchy subjects to avoid. Or don’t! If you’re so inclined, you can get crazy with these people. It is a time loop scenario, after all.

A Steady Torrent Of Mysteries To Solve

The story (as much of it as I can share, at least) surrounds a mysterious underground Roman city. You, a hapless traveler from the present day, tumble into this hidden city through a time machine/trap door. Once you enter, you can’t ever leave. Worse still, every denizen must follow The Golden Rule. Basically, if you commit a sin of any sort, everyone in the city is turned into gold. In fact, there are examples of this golden punishment scattered all over the city. In other words, once the crime is committed, you’re doomed! Your only hope is to hop in the portal and run the whole thing from the top. Thankfully, you retain your wisdom from the previous attempts. You’ll need quite a few runs to get this mystery solved. 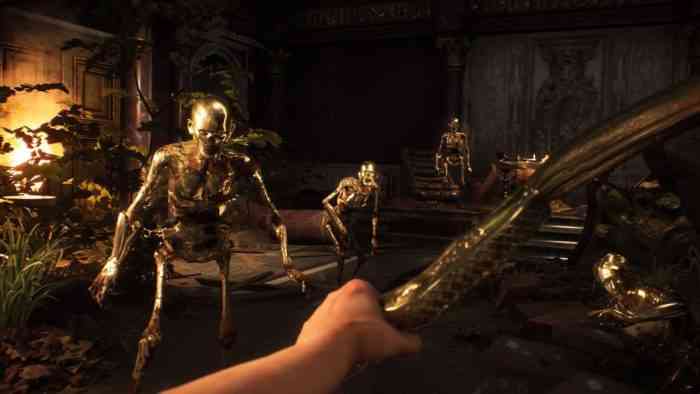 I had to turn down motion blur and a couple other things to properly run the demo on my PC. This just means the textures and effects can get quite detailed, if you’ve got the hardware. All of the voice work is great, though no one moves a whole lot when you talk to them. This is mostly fine, though some of the characters do keep some unsettling expressions the whole time. Your character’s dialogue options are pretty robust, with some anachronistic references thrown in here and there. On account of the time travel, you see. People notice your strange garb and bizarre mannerisms immediately. Sometimes this can be a real hindrance if you’re not careful. Cold shoulders and outright hostility are on the menu at all times, adding tension and authenticity to your interactions with the characters. Can’t give away your strange origins to people on such a ragged edge, after all.

While it’s tough to break down a game like this without spoiling things, I can still do things like recommend it. The premise is a fascinating one, the writing will keep you engaged, and there are a ton of little mysteries to solve. Better still, each tiny puzzle is in service of the big one at the heart of this game. Every person you talk to, every clue you uncover, and every puzzle you solve brings you one step closer to unravelling the intrigue at this city’s core. Even your failures are essential in helping you crack the case. The Forgotten City is coming to PC and consoles on July 28th, 2021. You’ll want to keep an ear to the ground for this one’s release next month.

***A Steam Key was provided by the publisher*** 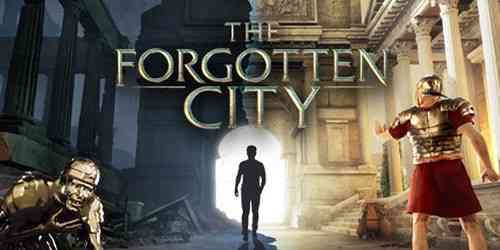 Bayonetta 3 Devs Are Waiting for Go Signal From Nintendo