Genital Jousting Review – Taking Sword Fighting to the Next Level

Party games are built on ridiculous premises. The more outlandish the concept, the more fun you’re set to have. Genital Jousting takes this concept to its logical conclusion, giving players control of disembodied genitalia. You have to steer, or joust, a disembodied penis into your opponent’s equally disembodied anus. The controls are simple enough for the task at hand, meaning you’ll quickly master the art of penetration in a competitive setting.

There’s no story to speak of, although outfits for the various baby cannons can be unlocked through playing games. Party mode introduces extra gameplay elements and styles of play, although the basic premise of cartoonish penetration remains intact.

The controls are pretty basic. The game turns into a quick-draw competition almost immediately, with available targets vanishing in seconds. Sometimes into one another, oroboros-style. Speed is the name of the game when it comes to traditional mode. This ordinary method of play, the only one available if you’re on your own, loses its luster before long. The basic quick-draw gameplay, combined with the unreliable nature of online play, means that good matches are a rare opportunity.

“The sound of completion (so to speak) is a break in tension, a sputtering deflation that lends relief to what is otherwise a fairly unsettling act when described to friends or family.”

A nod must be given to the sounds and music presented in Genital Jousting. The noises these genitals make as they worm and slide across the playing field perfectly capture the weird, almost horror-movie quality required. The music comes with impromptu drum sounds and bass shudders which mimic the violent rhythms associated with anonymous sex in unscrupulous locales. The sound of completion (so to speak) is a break in tension, a sputtering deflation that lends relief to what is otherwise a fairly unsettling act when described to friends or family.

Right now the only play options are traditional mode with online opponents, or local multiplayer. The second option gives you access to party mode, but it is surprisingly hard to get people to come over and play this game. For some reason. Although if you attempt to pitch this to your friends, be sure to include the boundless opportunities for new and yet-unheard dick jokes to be crafted at every turn. My own circle devolved into childish giggling and shouts of indignation within fifteen minutes. 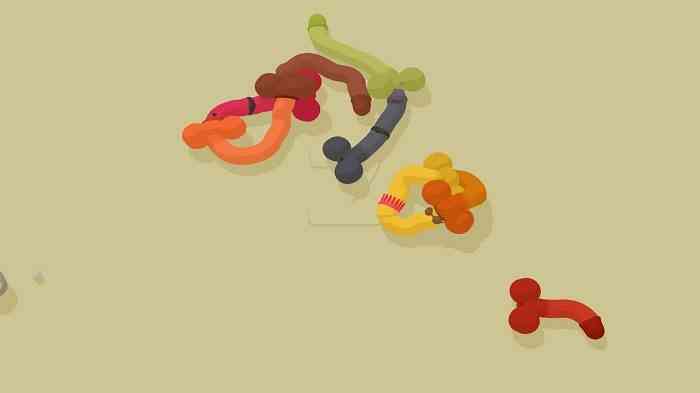 Currently (the key phrase for any early access title) the point system feels sluggish. You either get one or two points per round, meaning your opponents pull ahead slowly. This means if you lose the lead, you have several rounds to agonize over it. Something so innocuous as a three point gap is almost impossible to close. For me, the online experience felt frantic and lonely. A cold and misused gloryhole of a gaming session. The difference between this mode and local multiplayer can’t be overstated. Playing with your friends changes this into a completely different game. 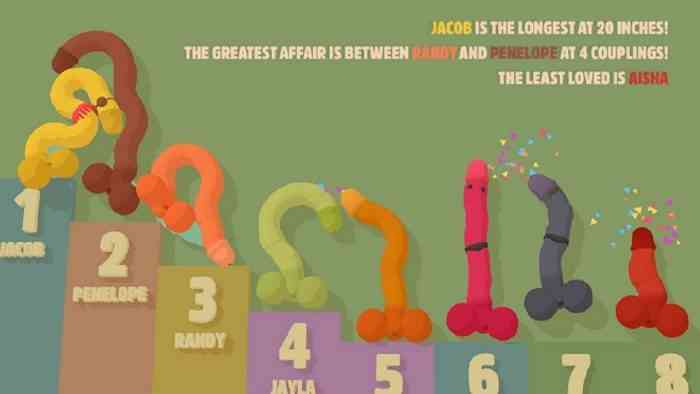 Presently, the online multiplayer is pretty bare. You can experience all it has to offer in less than an hour. It’s playing locally where the real fun is. I invited three friends over, letting them use the keyboard while I took the only controller. We were laughing uncontrollably in minutes. True to its name, party mode is meant to be played this way. The dick jokes come naturally, like you’ve all been visited by a perverted muse. There’s the lube luge, where you can penetrate other players to sabotage their shot at victory. There’s wrestling, which requires you to knock your opponents out of the ring. It’s a simple task made laughably complex by everyone’s lack of limbs. Every new mode is chaotic, fast-paced and full of genitals.

Genital Jousting is very much an early access title. If you’ve no chance to play this with a group of your possibly intoxicated peers, I can’t recommend it. On the other hand, if you can gather a few like-minded friends, this game is absolutely worth your money. I can think of far worse ways to spend such a paltry sum, and I’m sure you will too, after some time spent playing this game. 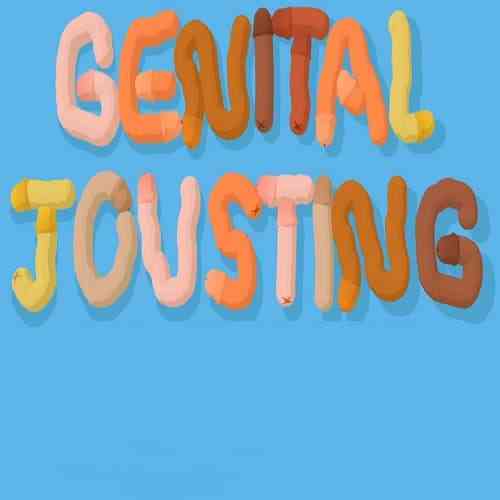