Mekazoo Review – The Zoo Lets Loose in this Colorful Platformer

Mekazoo, by the wonderfully named Good Mood Creators, is a game the developers describe as a 2D platformer set in a 3D world. While I had hoped that the game would take full advantage of this unique trait, it turns out to be just another 2D platformer. Mekazoo chooses to plays things safe instead of choosing to run away with an original idea but despite being cautious there are still moments of joy in the faster-paced sections. What the game truly succeeds in is creating fantastical environments with some increasingly smart level design as the adventure goes on. Its upbeat tunes keep the action frantic as you chain your movement combos to get past enemies while boss fights help with the pacing.

The core of the game consists of using a switch mechanic that has you transform into different animals, all capable of different types of platforming. Your starting armadillo character isn’t all that useful on its own, but later in the game, the platforming becomes more difficult when you have to handle more animals. Switching to said animals while hopping, rolling, and skipping is the foundation of the game’s challenge, and it consistently kept me on my toes. As mentioned, the level design and addition of switchable characters only adds to the madness as boss fights and minor enemies are also thrown into the mix, providing a break from the frantic but simple platforming segments.

“Mekazoo plays it safe in the gameplay department, but what is there can still be frantic and fun.”

While the controls are passable in their own right, it’s the worlds and environments of Mekazoo that set it apart. Mystical grasslands, underground caves, and industrial zones keep everything fresh with a ton of color to boot. At times there was almost too much going on, though, as my eyes dashed around to take in all the detail. The soundtrack is great too, as it helped me focus on nailing the perfect switch combination in the various puzzle-platforming sections. What’s most impressive is the game’s ability to merge all of its aspects to make it seem like it’s playing itself. Stringing four or five jumps and swings in a row as I made it across a chasm and over a few enemies, with the great soundtrack blasting in the background, gave me a sense of accomplishment – although sometimes I could swear the game was being too kind on the jumps I was able to make as it almost felt scripted.

For those looking towards Mekazoo to provide a narrative epic, you won’t find much here. The jump between environments and even some of the character designs are a bit ridiculous, as the platforming unabashedly takes center stage. Having played Kalimba on Xbox One, it’s a bit disappointing that Mekazoo opted to forego any serious attempt at telling a story, as Kalimba was a sound platformer in its own right with a story that only enhanced the experience.

Mekazoo plays it safe in the gameplay department, but what is there can still be frantic and fun. While some segments feel a bit scripted, others gave me a huge sense of accomplishment. It’s really the art and soundtrack that shine here, allowing me to be immersed in the world to focus on the difficult platforming segments. It feels like a wasted opportunity that the developers at Good Mood Creators didn’t implement the 3D world into the game enough, but it’s still a title I’d recommend. 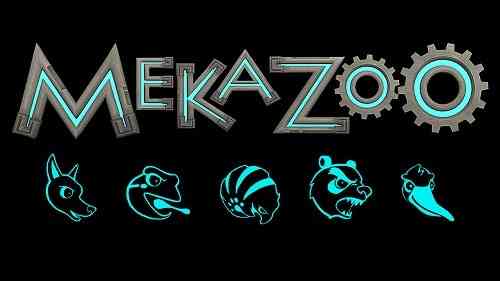 The Cub, Post-Apocalyptic Adventure Game, Gets New Trailer and Demo
Next Genital Jousting Review – Taking Sword Fighting to the Next Level
Previous Rad Rodgers: World One Review – Straight out of the 90s