Time To Grab The Big Water Guns For Battle Splash 2.0

Trianga’s Project: Battle Splash 2.0 is a fast-paced third-person shooter where you have all the fun of a PvP match against other players, without the blood and violence. In Battle Splash, players will select one of four girls to play as and can choose to play in a number of different arenas where all the guns are substituted for a variety of water-based weaponry resulting in a massive water fight that can accommodate up to 24 players per map. This isn’t your regular water balloon fight either, players will have access to water rocket launchers, water rifles, and water machine guns, to name a few.

While the game plays much like any other PvP gun match, Trianga wanted to do something different, a game that could be enjoyed by absolutely anyone. As the game is still in Early Access, we only have three game modes that are currently available: Free for all, Team Tactics or SBOT Guidance. Free for all is your general run of the mill timed battle royale, where you have a team of four players initiating watery havoc upon the other teams while respawning once you have taken enough damage. Team Tactics is basically the same however with only one playable round and once you’ve been soaked, you’re out. SBOT Guidance is a capture the flag type mode that replaces the flag with the local robot that you will have to help guide back to your base before getting splashed. While SBOT Guidance is a fun idea, I believe the other two modes will most likely see most of the action in this game.

Once you have decided on which mode to play, comes the next decision. Now, which girl do you play as? You will get to choose from one of four girls to play and while the leaders of aquatic warfare have the same roster of weapons, each girl has their own unique ability that can really help turn the tides of battle. For example, selecting Quadra will allow players to utilize her Digital Shield, a special that will erect a wall in front of her that reflects projectiles and water balloons. Or you can select Pentaga, whose specialty is the Disk Dryer, which can dry your teammates from splash damage or revive a drowned teammate. So not only do we get some cool aquatic weapons to use, there is some planning that goes with which character you would like to play as each girl has their own special item. 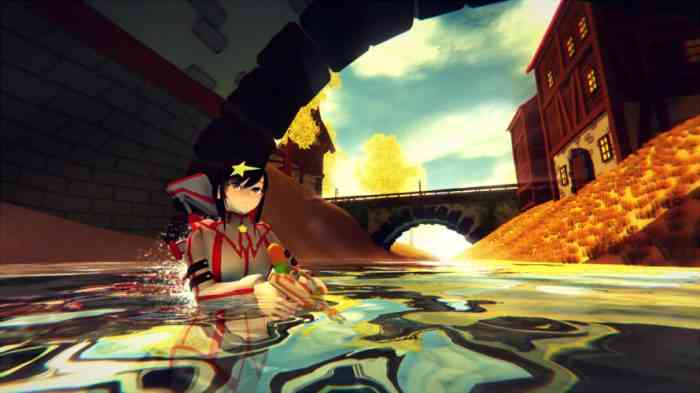 Among the three playable game modes that you can jump into, there is also a selection of arena’s that you can play in. Out of the seven listed arena’s, only four of them are currently available. The arena’s themselves are a fair size, big enough to somewhat get lost in but small enough that you won’t be lost for long. The character models are quite clunky and nothing feels solid as your character can run around quite quickly. Even when your character is walking, they are still walking quite fast and it doesn’t feel quite natural. This could, however, be a design choice to make the game fast paced.

All in all, I really did enjoy this game. It’s a wonderful idea as the experience is quite relaxing and somehow the absence of blood and hearing the constant sound of water droplets as a replacement for gunshots, made me feel a bit at ease. The only real downside to Battle Splash is the servers seem to always be empty with the odd time of a single user being on. I wasn’t sure if maybe I just had bad timing or if the game doesn’t have as much attention as I believe it deserves. It could be because the game is still in Early Access so I do hope that once the full game comes out, which will be a play-to-own game, that the servers will be busy and the true aquatic warfare can begin. 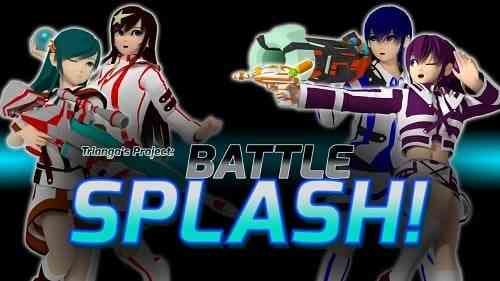