The monster hunting genre is a ring that not many companies want to throw their hats into, for fear of their game is the next thing that Capcom’s, aptly named, Monster Hunter picks out of its teeth. So as Dauntless nears its open beta, does it have what it takes to stand up to Capcom’s goliath?

For those unaware of the genre, Dauntless is a monster hunting game where you, and sometimes a group of friends, hunt giant monsters for money, fame, and the monster’s body parts; which can be taken off its corpse and combined into impressive-looking sets of armor, and weapons that’ll surely strike fear into the monsters that actually have eyes. Dauntless did initially corner the market of PC players who had that monster hunting itch since Capcom had yet to release a Monster Hunter game for PC, but now that Monster Hunter: World is storming its way into both my heart and my PC, Dauntless is left in a bit of a tough spot. It will need to bring its own style to the table to be able to stand a chance.

Though there isn’t much of a story to follow along in Dauntless, besides hunting certain creatures to the brink of extinction for that final piece of armor, it doesn’t make the game any less fun. Every hunt you’re given comes with its own behemoth to fight, and each one you come across is unique in its move-set and design; and alongside that, you’re given a choice of weapon types to hunt them with.

After the most recent update at the time of writing, there are only five weapon styles in the game, all of which are melee. Each weapon represents a separate play style for you to pick, with slower weapons offering more damage at the cost of mobility, and faster weapons allowing for more fancy maneuvers with slightly reduced damage.

“After having played both Dauntless and Monster Hunter: World, I can say that whilst Dauntless may still be the underdog in comparison, it most certainly isn’t up a creek without a paddle.”

Though I did miss my trusty crossbow, there are plans to add even more weapon types, and the five that are currently in the beta were more than enough fun to play around with. My favorite was definitely the hammer which was actually a shotgun as well.

The designs for each weapon and armor piece depends entirely on the materials it was crafted from, and for it to be worth the effort it takes to unlock a high-end piece of gear it needs to look the part. Which it does. Each piece of gear is tailored to resemble the monster you carved the parts from, and the weapons that take some very rare materials to create turn the newer players green with envy.

After you’ve chosen a weapon, and decided whether you want to hunt alone or in a group, you’re whisked away onto an island where a monster is hiding. The next part of the game is where it starts to slow down, as you aimlessly explore the island to try and find the behemoth. You can gather up some materials along the way, but after picking enough flowers you’re bound to stumble upon your monster of choice. 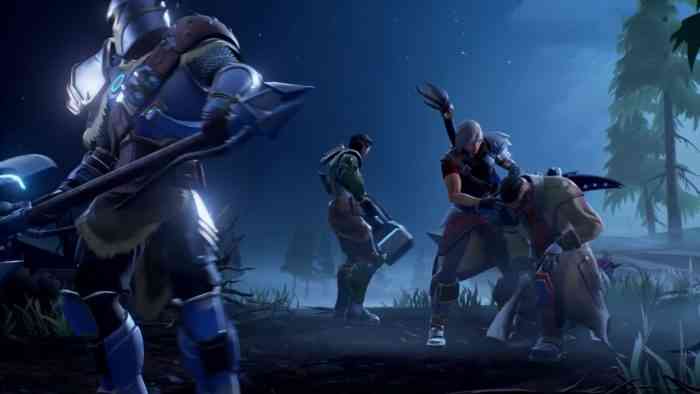 Thankfully, the behemoths all chose very aesthetic islands to inhabit, so you can take in the sights as you explore. Each island has its own cartoony, environmental theme which all look very pretty. Even the monsters you fight have their own memorable designs, that is, if you even have the time to admire them when they’re flying towards you at Mach 3.

The combat injects life back into the gameplay, as you’re thrust head-on in a fight against a terrifying behemoth. As I mentioned, each monster has its own move-set and attacks, with no two being the same. There are weaker versions of the same behemoth, which serve to let you get to grips with the basic move-set before cranking it up to 11 later in the game. Once you have the separate patterns down for each monster, however, you’re pretty much set.

But even knowing what each behemoth will do doesn’t detract from the challenge at all, as it only takes a few mistakes and you’re out. The high-octane combat does a lot to carry the game, but after a while, when you need to kill the same monster multiple times for one piece of loot, it starts to get repetitive. Despite this, the combat is still as fast-paced and absorbing at the end-game content as it is in the early game if just a bit grindy.

Dauntless’ tutorial does a very good job at introducing any newcomers to the monster hunting genre. The beginning set of Behemoths all have their own individual quirks that, when combined, teach you all the elements you’ll need to survive the late game. It also lets you dip your toes into the weapon/armor crafting and upgrading system.

“The combat injects life back into the gameplay, as you’re thrust head-on in a fight against a terrifying behemoth.”

Dauntless is actually a bit more forgiving than Monster Hunter, with rechargeable AoE heals and party protection in the form of lanterns; an entirely new equipment slot that each gives off its own unique benefit. These can buff your party with defenses, empower their attacks, or simply heal them.

Another more forgiving mechanic change is that when a party member loses all of their health, they go into a downed state, instead of just completely dying. Though this allows you to revive them on the spot and get them back into the action, it comes with its own nasty twist. Each time you or a party member gets downed, it increases a ‘danger’ meter, that, when it reaches 100, will disable team revivals and increases the amount of damage the behemoth deals to you. If anything, it serves to make the fights that much more tense, and the relief of winning that much sweeter.

Dauntless is off in the right direction regarding the competition they’re up against, but that doesn’t mean it can’t be improved. Though this is an early beta version, and the developers have added a roadmap, there are a few things I’d like to see added; and I know it won’t fall on deaf ears, as Phoenix Labs has proven to be very pro-active in listening to their community.

Mostly, with how gather-reliant this game is, I’d like gathering-only missions where you can go and pick flowers to your heart’s content, without having to join a group of lads wanting to hunt behemoths and yelling at you for not helping.

On the other hand, a big plus to Dauntless is that it’s completely free-to-play. I was initially worried by Dauntless’ F2P model, as I didn’t want it to turn into the kind of game where someone could pay premium currency to finish any weapons/armor they needed a rare material to complete. But, thankfully, Phoenix Labs has adopted the Path of Exile style of F2P; that is to say, the good kind.

The only things available to purchase are emotes and cosmetic changes for your flares and equipment. There isn’t anything that’ll help you get ahead of those who aren’t willing to sell an arm and a leg for a fancy new weapon.

After having played both Dauntless and Monster Hunter: World, I can say that whilst Dauntless may still be the underdog in comparison, it most certainly isn’t up a creek without a paddle. It brings its own flair to the table through interesting monster fights, a fun selection of weapons (with even more to come), and is created by a developer who cares more about the gameplay than the money. The fact that Dauntless is a F2P game that isn’t pay-to-win certainly doesn’t hurt it, either. 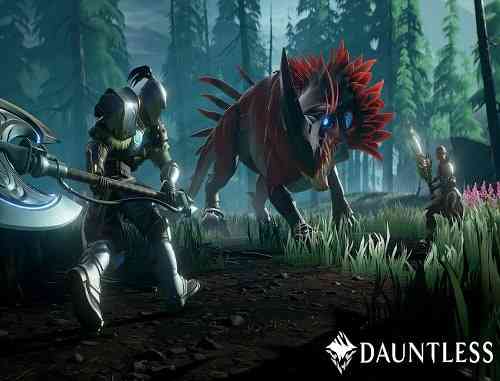