Square Enix has been dipping its toes in the online multiplayer market, most recently with the launch of The Avengers game. With the help of PlatinumGames – the studio behind Bayonetta, and Nier: Automata – Square looks to offer a more traditional MMO experience with their upcoming title, Babylon’s Fall.

While the game is still in development, Square Enix has offered up a few beta tests to get feedback from the community and show off the unique mechanics that PlatinumGames has introduced into the co-op adventure. We at COGconnected were given an opportunity to go hands-on and test out these systems in an early access beta, and there is a lot here to be optimistic about. Is there enough, however, to carry a new IP? And is there still enough good faith in Square Enix after the issues presented by The Avengers?

What is Babylon’s Fall?

Babylon’s Fall is a co-op online multiplayer game where up to four players can join together and take on quests in a high fantasy setting. The developers have stated that Babylon’s Fall will include free content updates as the game progresses. Leading some to question if this will be an experience heavy in microtransactions, although this has not been confirmed.

Little of the narrative was revealed during the beta, although there are hints of a grand story in the same vein players would expect out of a Square Enix title. As stated on their official website, warriors are “bonded with special equipment called Gideon Coffins in an odyssey to overcome the titanic Tower of Babylon.” Players were dropped into a small section of a city with a few NPCs to interact with, however, without any backstory, there is little to go on as to what players can expect upon the game’s release.

While it hasn’t been explicitly stated what the Gideon Coffins are, they directly influence the game’s core combat feature: Gideon Arms. There are currently five weapon classes in Babylon’s Fall: Sword, Hammer, Bow, Pole, and Shield. Each weapon has three distinct methods of attack: Light, heavy, and Gideon Arm. What makes combat so unique is that each character has four weapon slots, and depending on what weapon is placed into which slot, their attacks and combos will vary. 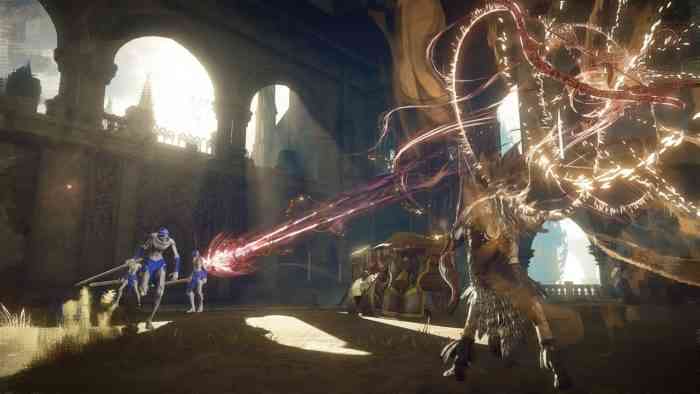 The first slot is a player’s light attack. This is the standard quick attack that can combo by hitting the command successively but deals less damage. The second slot is the heavy attack, while the final two slots are for left and right Gideon Arms. For example, a hammer’s light attack will smash the ground quickly. Its heavy attack can be charged up and will deal more damage at a slower rate.

It has an added effect in which players will not be interrupted while charging a heavy attack, instead charging faster if the enemy hits them. Finally, the hammer’s Gideon Arm maneuver summons a large spectral hammer which can similarly be charged and dropped on top of an enemy for explosive damage.

If a player has one hammer, it can be equipped into any of those four slots and will only be used for that specific type of attack. Gideon Arm maneuvers use up a portion of the player’s energy which is restored when attacking with light and heavy attacks, but they can also be actively used while performing light and heavy attacks. This means a player might charge their Gideon Arms hammer attack while slashing with a sword in the light attack slot while it charges.

Some of these attacks will even proc off of one another. A shield can be used to deflect or parry incoming melee attacks, but in the Gideon Arm slot, it creates a larger energy shield. If a shield is placed into both Gideon Arm slots and activated simultaneously, it creates a large energy shield that can now reflect incoming projectiles. These sorts of combinations allow for vastly complex combat mechanics and strategies which are quite refreshing and shockingly effective. 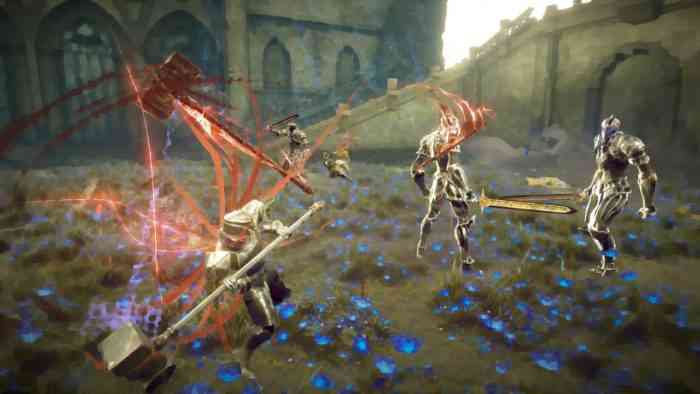 For my playstyle, I enjoyed having a sword in the light slot for quick combos, a bow in the heavy slot for charged ranged attacks, and a shield and hammer in the Gideon Arm slots for better defense and AOE damage. It took no time at all to find a playstyle that worked well for me, however, the one drawback I encountered with combat came with the game’s lock-on feature. Scrolling between enemies while lock-on is active is keyed to the left and right buttons on the D-pad rather than a flick of the right stick. While this is a minor inconvenience to some, it’s something of a standard mechanic and indeed a reflex to have it keyed to the right stick rather than the D-pad which is often for items (and indeed the up button is for healing)

Aesthetically, Babylon’s Fall is beautiful to behold. Touting a newly developed “brushwork style,” the city itself and the people within it had a very European/ high fantasy look. While many games today may be inspired by such visuals but offer anime styling, Babylon’s Fall has a greater sense of realism that touches on the idea of oil paintings coming to life. 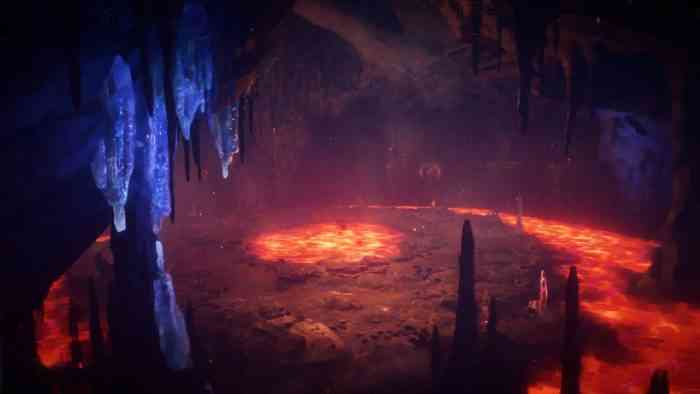 The armor, weapons, and loot in the game all look stunning as well with strong influences in fantasy and fairy tales. The armor looks lived in but not broken. The weapons look powerful, even at low levels. In the thick of combat, it can be incredible watching the party dance and dodge and strike against hordes of enemies. It captures that sense of fighting together as a team and instills a real sense of intensity, even in the early missions. While waiting for players to join in the next crusade, I often found myself taking in the sights and just enjoying the beauty of the small hub world.

What the public has had a chance to see with Babylon’s Fall is a unique and complex combat system that RPG and looter fans will love. Finding new and complex methods of dealing damage will surely lead to some fun, game-breaking builds, and visually there is a lot of love and care going into this game to create something new but familiar.

While this new combat is refreshing and has great potential, the limited space during the beta leaves cause for concern. The missions available were as straightforward as “walk down the hall, enter the big empty room and kill all enemies, rinse and repeat” with no variety in the structure of the environments. If this is indicative of the experience players can expect of the final product with missions simply being “go here, kill everything, get loot” it could be incredibly repetitive and tedious quickly. This is of course still a small sample of the game but it felt very bare-bones in terms of the mission’s environment and complexity. 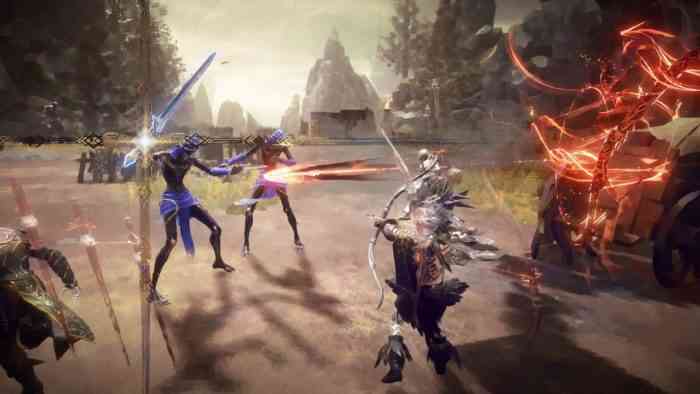 Babylon’s Fall is shaping up nicely, with the potential to be a big hit. PlatinumGames knows how to make compelling and intricate combat, but it’s understandable if players are uneasy of another online-only multiplayer co-op experience after what happened with The Avengers. 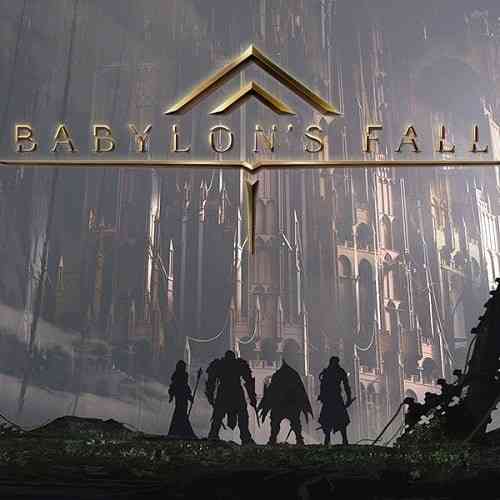