Wargaming’s The Grand Finals 2016 – Missed The Action? That’s Okay, We Got It All Right Here

All the Action from Wargaming’s The Grand Finals 2016

This has been a massive year for eSports with Wargaming’s The Grand Finals 2016 coming back to Warsaw, Poland for one of the year’s biggest events. Twelve teams faced off in what was one of the most electrifying competitions yet. Team Na’Vi just skated by with the win in a surreal last match where a player from Hell Raisers got stuck between a rock and a hard place, literally. There was so much going on that anywhere you walked you were still part of the action. COGConnected flew down and checked out how Wargaming does eSports. 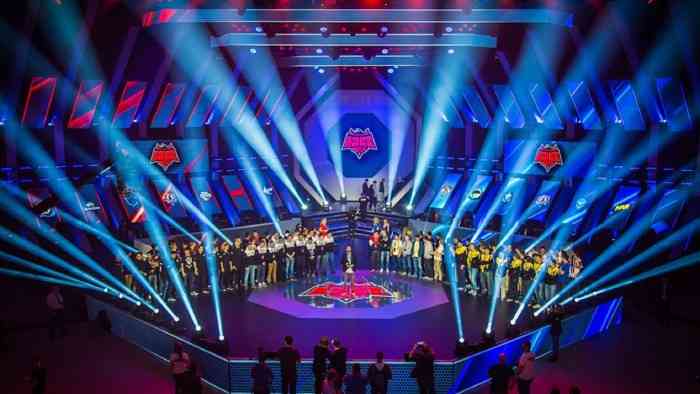 Day one of Wargaming’s The Grand Finals 2016 kicked off with four groups facing off in 12 matches, Wombats on Tanks obliterated SIMP and Red Canids which set them as a crowd favourite. At the end of the day Gold Bass, eClipse, Red Canids and El Gaming were eliminated and day one came to a close.

The finals began on day two, the crowd filled the stands and began chanting for their chosen teams. For the first time, a 7 v 7 World of Warships round took place on stage right before the grand finale, but the excitement came full swing in the final match — Na’Vi against last year’s champions, HellRaisers. During a game winning tie breaker round HellRaisers were up 2 to 1 but their team member AppleWoW became lodged between cliff rocks. Na’Vi’s remaining player Inspire took this opportunity to destroy an already weak Grifon and rode out the clock to bring the victory to Na’Vi. The final standings with prize winnings were:

The final match has already been called the most exciting match in the history of The Grand Finals, the competition was heavy, friendly jabs were taken between teams, and many powerful emotions poured out from the faces of the players fighting for the top spot. 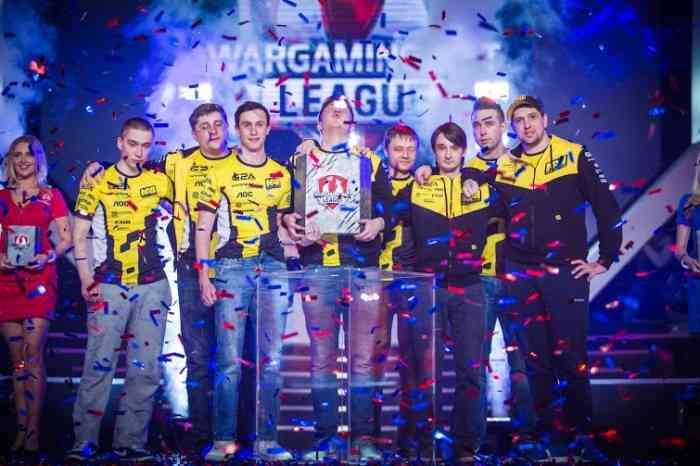 The Bells And Whistles

The competition was only the tip of the iceberg, there was no shortage of activities to occupy yourself with between matches — take a picture on a working T-34-85 tank, watch the action from the VR booth, play a few rounds at the 28 PC gaming lounge, contests and giveaways, let’s not forget the lovely Wargaming ladies who were around for photo ops —Wargaming really knows how to engage the audience which kept the momentum alive between rounds. 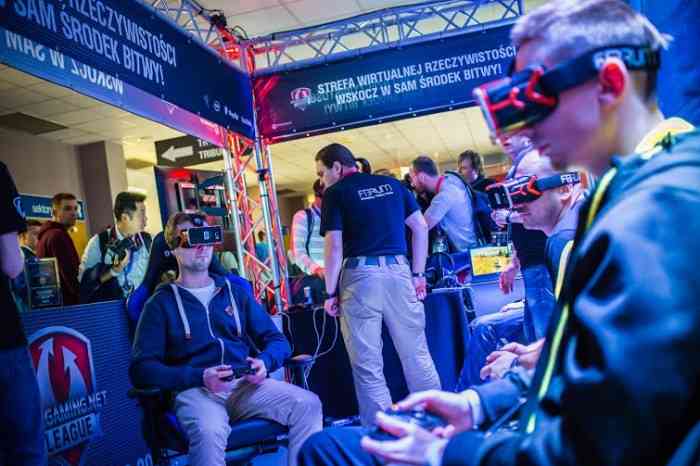 From A Technical Standpoint

With the amount of tech involved with this caliber of production I fully expected something to go wrong — maybe a mic would cut out, awkward pauses from the announcers, a light going off at the wrong time but I can’t say anything went wrong which is commendable. The attention to detail was phenomenal, each attendee was outfitted with a white bracelet that glowed blue or red telling you which team won a round — it’s a culmination of the little things that made the event so impressive. There’s no doubt that Wargaming’s The Grand Finals 2016 can serve as an example to others looking to throw a great eSports event. 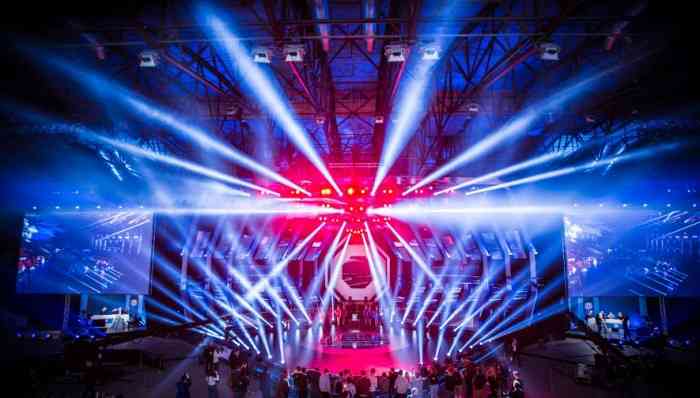 The reason why there’s such a large attendance comes down to people wanting to be a part of something bigger. Even if you’re not familiar with World of Tanks, the event that was Wargaming’s The Grand Finals 2016 was something you’d be able to enjoy. It’s easy to get reeled into the action from the boisterous crowd chanting their favourites, doing the wave, and reacting to things happening on screen. As the energy surged throughout Torwar Hall, I caught a sense of why eSports has been growing so rapidly. It’s no different from attending a Football or Hockey game except in video games the “wow” factor comes full steam and more frequently. 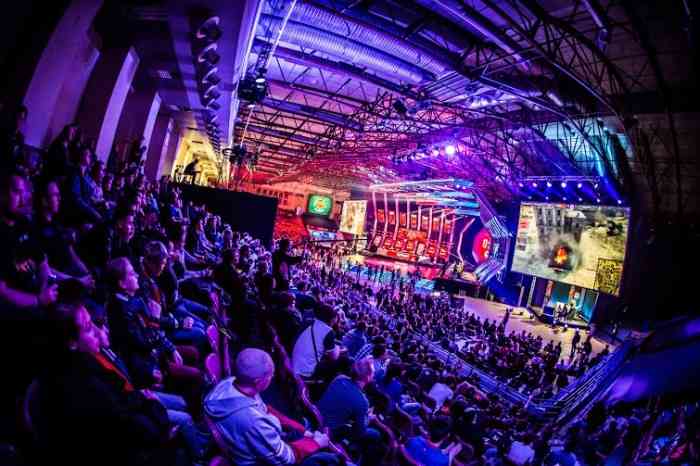 Wargaming has proven that eSports is very much alive and here to stay, not only looking to contribute to the success of competitive gaming but completely revolutionize the concept. We spoke to head of eSports Mohamed Fadl in an interview and we were told to expect next year to have 30 people on stage combating for the title. Taking these kind of risks are what push the culture to new heights and set the bar for other companies in the future. We salute Wargaming for the incredible show put on and can’t wait to see what’s in store for next year.


Wargaming Announces it is Leaving Belarus and Russia