GungHo Feeling Good About the Future

GungHo Online Entertainment has become one of the strongest publishers on the Eastern games scene in recent years, launching major hits both on mobile and consoles. The company is not set to rest on their laurels either, as CEO Kazuki Morishita shared with me during a recent interview. From current hits like Let It Die and Puzzle and Dragons to what lies ahead, nothing was off the table as we talked for a full 30 minutes. 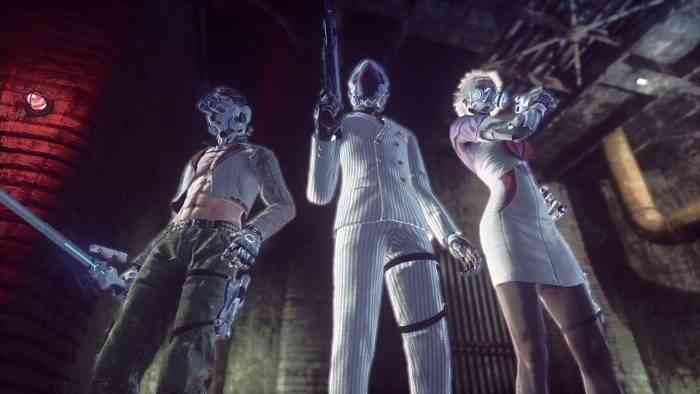 The biggest game on GungHo’s horizon is their debut Switch game, as the company was announced as a Switch collaborator back in January only for no other news to drop about the game. Morishita has trouble finding the words to describe this new game, saying only that it’s a third-person action game. “There’s not a really good comparison, as we don’t look at other games and say ‘we want to make a game like that,’” Morishita said. “It’s a new action game with a play style that hasn’t really been seen before.”

This game isn’t new to the GungHo decision makers, however, as Morishita revealed it’s “a concept that has been in development for 4-5 years within Gungho. It’s not always been a Switch game, but we’ve been incubating the idea for a while.” The CEO was quick to confirm the game’s family-friendly nature though, stressing that it will “brighter and more comical” than the company’s current hit Let It Die.

Speaking of which, a big update is coming to Suda’s free-to-play madhouse very soon and Morishita says it will force players to change their approach. “The genre is ‘survival action,’” Morishita says, “so moving forward this is what “survival” is all about.” The ten new floors being added to Let It Die’s tower will not just be a more difficult setting, however, as designing the new challenges was “more about how we can present a more challenging gameplay system for players to experience that’s also rewarding without being frustrating. It is difficult, but it’s rewarding enough to be worth taking on the new challenge.” 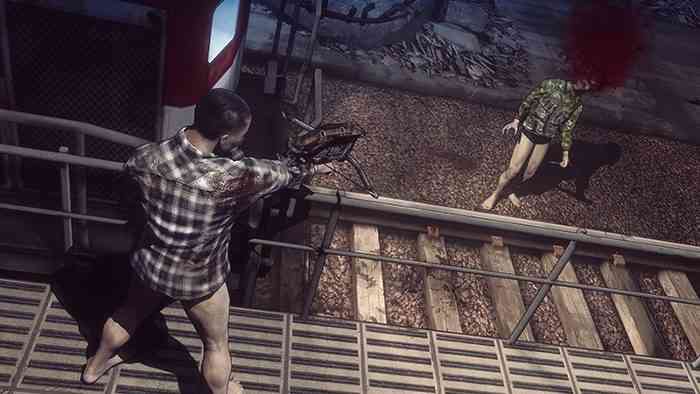 Here’s an example of what he’s talking about that may frighten seasoned Let it Die players: these ten new floors will not have access to elevators. This will require a more long-term approach to tackling these floors, which fits exactly into the strategy-first thinking in their development. “The previous floors were action based, while these new ones are more strategy based,” Morishita confirmed, “so how are you going to prepare?”

The conversation then moved to GungHo’s wildly popular Puzzle and Dragons franchise, particularly what’s coming next. The recent Super Mario Puzzle and Dragons was a big success for the game, but Morishita was tight-lipped on new collaborations coming up the pike. “We have no plans on changing the core Puzzle and Dragons at the moment,” he explained, “ but you could potentially see some other spin-offs on other hardware, using that hardware to make an all-new gaming experience and maybe even be an entirely new genre.” A new game would not be expressly based on what IP GungHo would collaborate with, however, as “it would be more about what kind of game we want to make as a spin-off. It could be RPG or it could be action, but wherever it fits we’ll find a place for it.”

“The company has two unique and successful ongoing franchises in Puzzle and Dragons and Let It Die, and based on how their new IP for the Nintendo Switch is being described we could be looking at a third.”

Finally, the discussion switched to a franchise that not many realize is under Gungho’s jurisdiction: the classic RPG series Grandia. It’s been two years since Grandia II was ported to Steam, so perhaps it’s time for another Grandia project to surface. Not so fast says Morishita: “Grandia is not something that I personally created, so it’s hard for me to say ‘let’s make a new Grandia game.’” The 20th anniversary of the first game is approaching though, and Morishita mentioned the company’s research into the Grandia archives, but a brand new game is unfortunately not currently in the cards.

Gungho has a lot going on in the next few months, and it’s hard not to be excited about what’s coming. The company has two unique and successful ongoing franchises in Puzzle and Dragons and Let It Die, and based on how their new IP for the Nintendo Switch is being described we could be looking at a third. Role-playing fans might be discouraged about Grandia’s continued dormancy, but those frowns should be quickly turned upside down when looking at the bigger picture. You might say this company is “gung-ho” about the future…and I do not apologize for that pun.