When Kratos emerged from the shadows bellowing commands at a young boy, the world immediately knew that this next God of War would not be what the franchise is known for. There’d be mythical beasts and intense action, sure, but this would be a game that slowed things down and rewarded exploration and discovery just as much as caving some poor sap’s head in. There’s also the wildcard of the son to consider: who’s the boy’s mother? What is his role in this world? Where’s Kratos taking him?

All of these questions and more piled up after God of War’s E3 debut…and then the game vanished. Fell off the face of the earth for an entire year. No appearance at Gamescom, no appearance at PlayStation Experience, not so much as a whimper. E3 2017 changed all that, as I was able to sit with creative director Cory Barlog and pick his brain, with two other journalists, on the project. While not every question from E3 2016 was answered, things are a bit more clear as to how we’ll be adventuring with Kratos and son.

“God of War is changing, and while some folks may resist those changes and pine for the days of old the new direction of the franchise makes for a bright future.”

The dynamic between Kratos and the boy Atreus is at the core of this new game, inserting some humanity into what was previously an inhumane character. Think about Kratos in the past: an unforgiving, unrelenting killing machine who cared only for his task of toppling the oppressive gods of Greece that wronged him. Despite literally wearing the sins of his past on his skin in the form of his family’s ashes, he slowly lost everything that made him human, everything that those deceased family members would remember of him. Atreus has the potential to flip the script for Kratos, give him some of that humanity back, and Kratos knows it. As Barlog puts it Kratos is “a stranger in a strange land,” which applies literally to the land of the Norse and metaphorically in terms of parenthood.

Atreus is more than just Kratos’ foil, he’s also a useful perk in the heat of battle. Barlog mentions a “son button” or some action that will prompt Atreus to aid his father against enemies. Atreus can also be leveled up as the game progresses, giving him more abilities. The E3 2017 trailer shows Atreus jump on an enemy rendering it unable to block, giving Kratos an open window to inflict some pain, which is an example of how the two can work together. Barlog and his team are still tinkering with the control scheme so the actual action to activate Atreus has yet to be determined, but having access to the boy with a simple button press is a great idea. 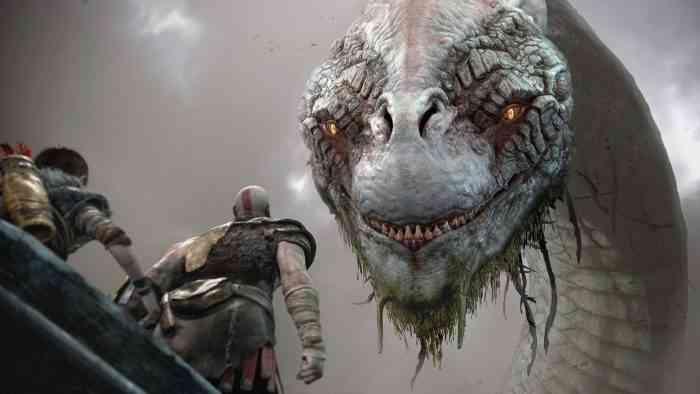 Atreus’ biggest advantage, however, is his ability to read and learn the native language of the Norse, making him essential to Kratos’ progress. Barlog states we will be traveling through many different worlds in Norse mythology and meeting many different gods, Norse runes lining monuments and buildings all throughout the worlds. Atreus is Kratos’ only hope in understanding these foreign languages, as we see when he tells Kratos that the World Serpent wishes to help them in that final trailer scene. Without the boy Kratos may have assumed the creature was an enemy as so many of the larger beasts have been in God of War, showing how expectations won’t always become reality.

“The dynamic between Kratos and the boy Atreus is at the core of this new game, inserting some humanity into what was previously an inhumane character.”

Norse mythology is dense and filled with places and names to learn, but God of War plans to approach them all in a way that digs deeply into that lore while also keeping it understandable for the player. The World Serpent Jormugandr is but one example revealed this year, the dwarf Sindri seen earlier in the video is also said to be the one who forged Odin’s golden ring and Thor’s hammer Mjolnir. The game will not completely abandon the story of the previous games, however; Barlog at one point hypothesized “what crazy person would throw out an eight-game backstory for a brand new story arc?” He’s not wrong to ask that, and I can hope that this will be a follow-up worthy of the name. 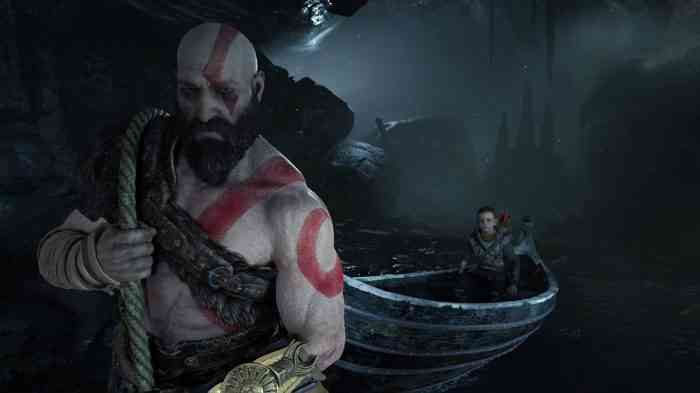 God of War is changing, and while some folks may resist those changes and pine for the days of old the new direction of the franchise makes for a bright future. This new game promises emotional impact throughout its story, adding a gravity that the other games didn’t really possess. Yes, Kratos killed a bunch of gods and plunged Olympus into chaos, but he did it for his own selfish reason. Now he has a second mind to protect and raise in another world teeming with danger, and that unfamiliar territory will undoubtedly make for an interesting ride.

God of War is scheduled to launch early 2018 exclusively for PlayStation 4.