Grandia and Grandia II HD Remasters Are Heading to Switch

HD remasters of the well revered classic JRPG’s, Grandia and Grandia II, have been announced, and they’re coming to the Nintendo Switch. 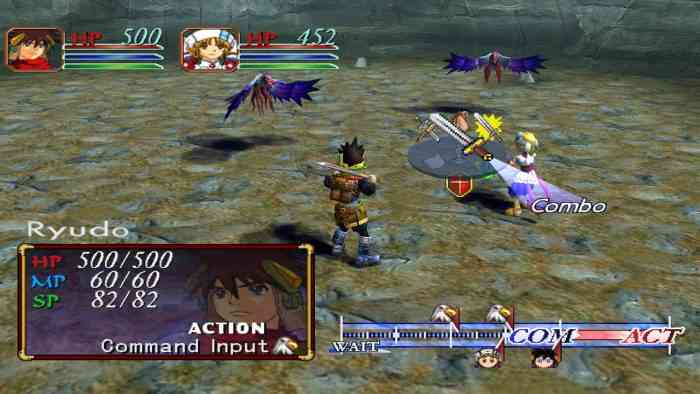 Based on a statement from the publisher GungHo, both games will arrive in Winter 2019 for the Switch. The original game will also get a PC release for the first time, alongside the already-released Grandia II Anniversary Edition which has been out on Steam for roughly three years now. That version is priced at $19.99, and while GungHo didn’t confirm a price tag during its announcement, it’s possible the Switch versions may follow suit.

Not much else is known about the remasters other than the fact that they will be in high definition and that the excellent combat system the series is known for will remain intact. Grandia II Anniversary Edition also includes the original Japanese audio and an additional difficulty level, so we’re hoping these features make their way over too on Switch.

Grandia I and Grandia II HD Remaster are both heading to #NintendoSwitch.
For PC fans, Grandia I HD Remaster will be joining our existing library of #Steam releases. Stay tuned for more details and check out the original announcement @IGN https://t.co/DRef6CYdts

GungHo will be bringing Grandia II HD to Pax West in just a few weeks but it’s unclear if the PC or Switch version will be playable.

The original Grandia was developed by GameArts and was released back in 1997 for the Sega Saturn. It would later be ported to the PlayStation. The sequel came out in 2000 for the Sega Dreamcast. A third game would finally come out in North America on the PS2 in 2006 but that one is a bit more divisive. Fans are always quick to point out the series’ combat system which relies on an active time battle gauge to determine which character can go next. It’s a lot more engaging than your typical turn-based RPG.

Are you excited to get your hands on these classic JRPG’s again? Let us know your thoughts in the comments below.