I remember when free-to-play was a major red flag for games. It usually meant that you could spend countless hours in a game and still be outclassed by someone who dropped $100 or more on items that weren’t available without a credit card. Somewhere along the way players got fed up and publishers reworked their monetization to a less pay-to-win scheme. Today, we have a number of games that have far more fair monetization models and free-to-play is something that many players now demand. Let It Die is an upcoming free-to-play PS4 exclusive from Grasshopper Manufacture devs, published by GungHo Online Entertainment, that I had a chance to play recently. It’s a rhythmic hack and slash, dungeon crawling adventure set in a futuristic and dystopian Tokyo. You start out as a nobody, wearing nothing, wielding nothing but your fists and are quickly greeted by a skate boarding grim reaper who asks you to call him Uncle Death. Uncle acts as your guide and narrator as you make your way from your hub (a converted subway station) to the top of the ever shifting tower.

I sat down with Let It Die from the very beginning, experiencing the detailed and lengthy tutorial. There are a lot of mechanics and systems that the game introduces right away and it seems like more than you can handle; but looking back knowing what I know now, that seems intentional. The intro is easing you into the frantic experience by giving you a taste of being overwhelmed. First of all, there is no pausing once you’re inside the tower. There are points you can somewhat safely rest and cycle your inventory, but there is no stopping mid-combat to restore your health. You do have access to two hot bars, one for each hand, that you can cycle through in the heat of battle as well as utilization of the PS4 touch pad for item utilization. I suffered through a few waves of enemies before getting accustomed to the controls, but once I did I was a killing machine.

I had a few favorite weapons, but I learned not to get too attached to them. Most of the weapons you find in the tower (in my experience) are dropped from enemies and have most of their durability exhausted. Your weapons lose durability every time you use them to attack or defend so you’ll need to manage your favorite weapons wisely. As you use a type of weapon more, you gain proficiency in it which increases at least your attack stat with that weapon. It wasn’t too clear from my playthrough if I increased any other stats by gaining proficiency but the extra attack damage did start to become more noticeable over anything else. Each weapon also has a set attack speed which plays heavily into choosing which weapon to use against certain enemies. Weapon speeds range from quick small melee weapons like hammers to slow firing magnums that leave you incredibly vulnerable. I feel that a big part of mastering this game will be knowing exactly what to use against opponents and how to switch between hands effectively. 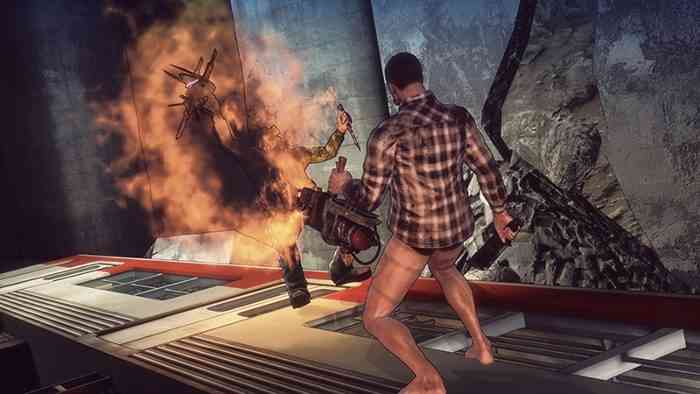 I was feeling confident about my skills and had gained a bit of experience when I came across three incredibly fast enemies. Two had buzzsaws and one had a roman candle-esque gun. I tried dodging around but quickly ran out of stamina, leaving myself open to successive combo attacks from all sides. I died very quickly in a brilliant fountain of gore. I then became acquainted with how a player’s death pans out. There is a type of permadeath system, meaning you no longer play that character and lose everything that character was holding including experience; however, you can retrieve everything you dropped and a chunk of that experience if you find your body, except that your old body is reanimated at the level you left it and you now must fight it to regain what was lost. If you defeat your former self, Uncle Death will come and claim the body and place it in a freezer attached to your hub. This body is not simply a lifeless trophy for you to reminisce about a life once lived, rather this body is now another playable character you just unlocked. Death isn’t the only way to add to this roster, but it was the only way that was available to me for the demo. Aside from being playable, these animated corpses can be sent on missions to retrieve experience, coin, crafting materials, etc. for your base. They also serve as defenses if your base is raided.

“I was assured that you could not use real money to get a direct advantage over other players in terms of items or other fighters.”

Yes, your base can be raided by other players. While no synchronous multiplayer is in the game nor are there plans for any, your base data is uploaded to the server and other human players can try to single handedly raid your base to steal coins, crafting currency, or even kidnap your fighters. The fact that you can be raided incentivizes you to diversify your freezer fighters and keep them well supplied with weapons and proper passive abilities. I had a chance to tryout the raiding feature, but I imagine once the game is live there will be more people to raid and the bases will be far more fortified.

There are other mechanics about Let It Die I briefly experienced but want to dive deeper into for the full release of Let It Die. I mentioned crafting materials that can be used to make upgraded weapons and armor. There’s a skill system that allows you to slot passive skills that can give bonuses to attack or base defense. There’s something about a mushroom stew that I didn’t have much time to explore, but I believe you can turn in items for a temporary stat boost that lasts for about an hour or so. There’s more aspects of the base that I didn’t even get a chance to see. 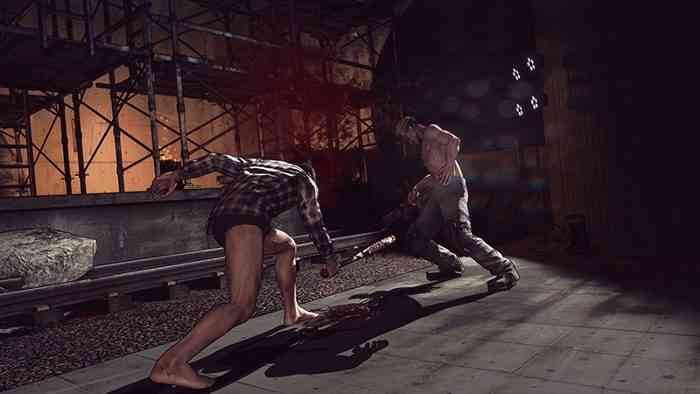 The Let It Die monetization model hasn’t been fully announced yet (at the time of writing), but I was given some hints as to what it could entail. I was assured that you could not use real money to get a direct advantage over other players in terms of items or other fighters. Instead, you could use real money to make some mechanics more convenient. For instance, there’s an elevator system on each floor that you must find if you want to go back down to your base and bank your money and experience. The elevator costs a handful of coins with the cost increasing as you head higher into the tower. With a subscription, you gain access to the VIP elevator which doesn’t eat into your in-game wallet. There is also a premium currency in the game which I believe you can earn in small amounts by playing the game, but would likely have the ability to buy in bulk with real money. This currency is used to speed up crafting research as well as payment for the insurance system which revives you on the spot you died, saving you from needing to fight your way back to your corpse. If I had to compare the monetization model from what little information I know, I would compare it to something like Warframe and its platinum system. 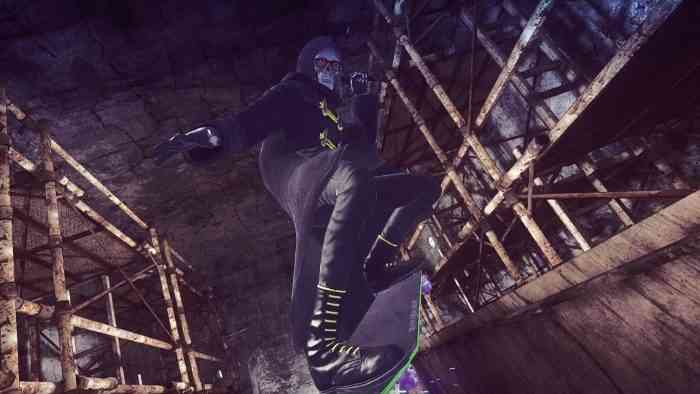 I only got a taste of Let It Die and I can’t wait for more. There are so many systems that feel fully thought out in a free-to-play that it’s truly impressive. The combat feels tough but fair, the base management adds a whole other layer of complexity, and the writing and voice acting are on par for a Grasshopper Manufacture game. All of it together are sure to make for a great experience. I am eagerly awaiting a release date! 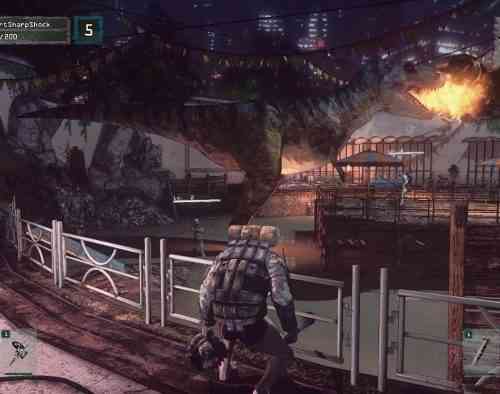 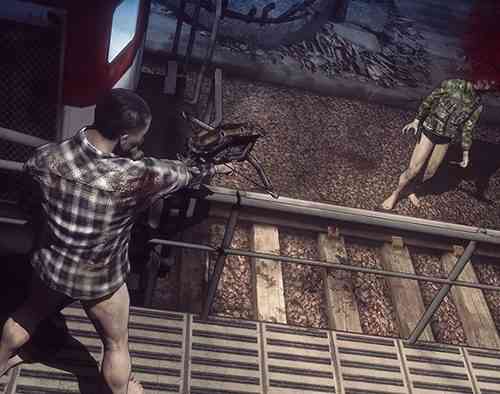 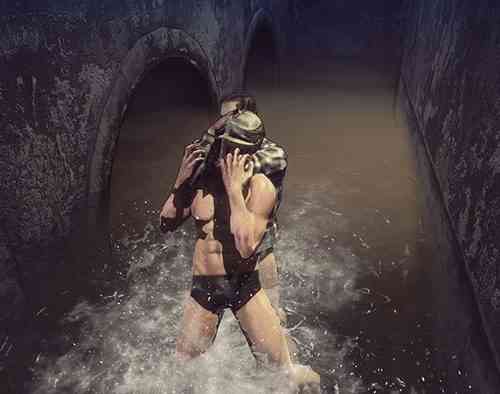 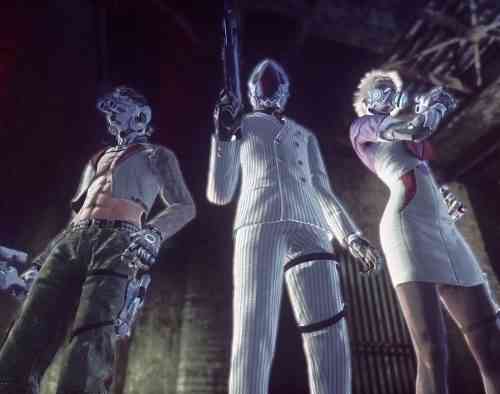 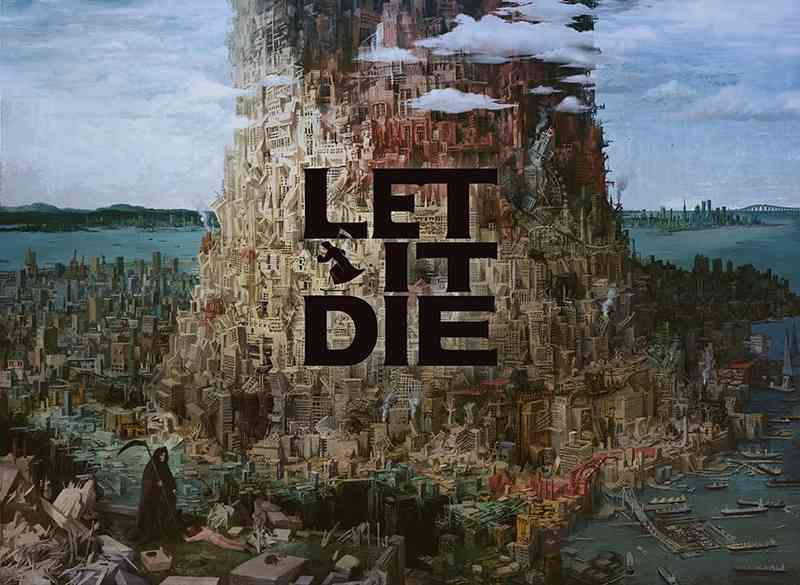