Few situations are more frustrating than being beaten to death by five to ten criminals at once. To prevent such a harrowing scenario, take the fight to the skies. Launching an enemy into the air opens a window to join them among the clouds for a breezy beatdown and breather from the ravenous crowd below. (Don’t forget to ground strike on your way down.) Spidey also wields a gravity-defying gadget called the Suspension Matrix. Peter’s intelligence is on full display with these doohickeys, as tossing them into groups of criminals temporarily suspends them in midair. There are many ways to capitalize off them, but in regard of disrupting groups, they’re one of the best gadgets at your disposal. Sending a concussive blast or two their way in addition to sending out some Spider Drones assists with crowd control as well. 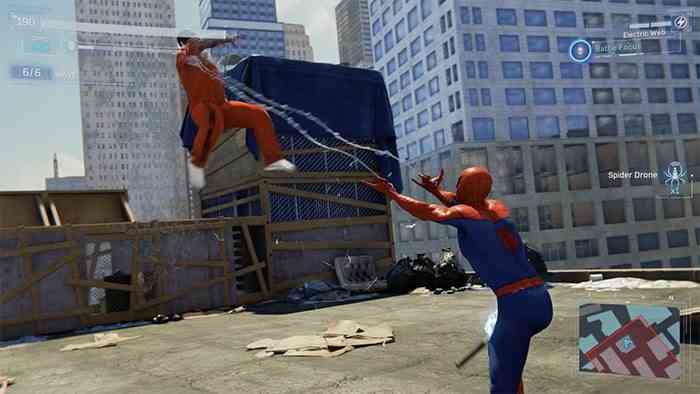 Between acquired skills and gadgets, Spider-Man’s seemingly an unstoppable force. Combining your physical abilities, gadgets, and the environment is not only the best way to overcome any odds, but also the most enjoyable way to approach them. I could list countless ways to maximize the use of your goods, but I’ll stick to a few of my favorites for now. A fun way to take out three to four enemies within a few seconds is to launch them into the air with a Suspension Matrix and follow it up by shooting them with trip mines. The mines will latch onto them and instantly strike them to the ground indefinitely. Quickly subduing a group of goons with web bombs and concussive blasting them secures them to any nearby surfaces permanently. Lastly, chaining together finishers by activating the Advanced Suit’s Battle Focus ability is the fastest and most cinematic way to lay waste to a large group. Again, I’m barely scratching the surface here, but those are a few of my preferred ways to combine all at my disposal. 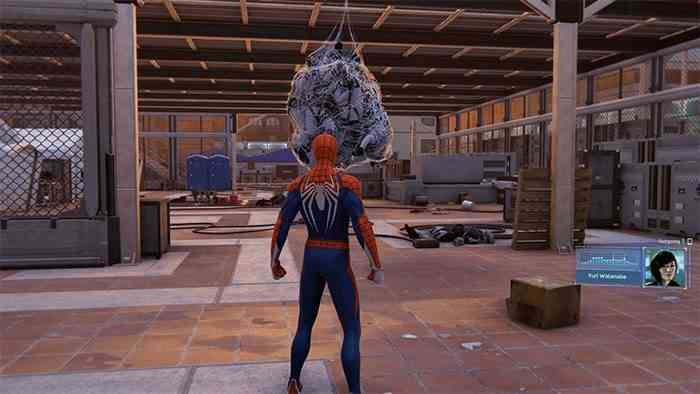 My favorite aspect of combat is just how diverse it can be. I’ve spent more than 30 hours with the game and haven’t experienced a lick of boredom. Fights repeatedly feel fresh thanks to the healthy enemy variety, and all Spider-Man can do. And I haven’t even mentioned the special abilities you can acquire from the 25 suits in the game that really spice things up. My suggestions are entirely subjective, and that’s the beauty of what Insomniac has accomplished. Now get out there and discover creative ways of your own to beat Spidey’s foes. For more on Insomniac’s Spider-Man, you can check our full review, or take a look at the classic cartoon intro remade on PS4. Excelsior, true believers.

***Spider-Man code provided by Sony for review and additional coverage***

The Crew: Orlando Will Be ‘a Completely New Game’
Next 5 Things to do Other Than Playing the Main Story in Spider-Man PS4
Previous The Impressive Indies of PAX Rising 2018