Top Video Game Narratives of 2018, From the Unforeseen to Red Dead 2

The Stories That Make 2018 Games Great

Another great year of video games has passed, but only a fraction of new releases will carry a legacy beyond 2018. To have a lasting impact, every level needs that spark of storytelling. So today, we’ve compiled a list of the year’s best narratives, everything from big-budget diamonds to indie gems. With the exception of the top 3, here are COGconnected’s best narratives in no particular order.

“Quiet and humble,” here’s a game that seems aimless via unconventional storytelling. Though it lacks the big budget of many games on this list, InnerSpace is subtle with emotional nuance. The adventure depicts a dying world and helps the player wade through loneliness in a manner that’s almost poetic. You can say it turns you inside out with its implicit narration, through exploration, encounters, and angelic visuals.

What the hell is Unforeseen incidents? It’s a point-and-click type of deal from Backwoods Entertainment, part of a decades-old genre whose saving grace is narrative. You play as Harper Pendrell, a skilled handyman who finds himself in the middle of, well, unforeseen incidents, where the mysteries behind a deadly epidemic slowly unravel. Dynamic interactions, interesting characters, and bizarre circumstances propel this plot forward. While a breed like Unforeseen doesn’t fascinate in the gameplay department, it shows us why storytelling is a cornerstone of the market.

In terms of impact, very few games have reached the heights of Celeste, which is why I would personally consider placing it on the top spot. The game is purposefully designed in its difficulty, which helps drive the pervasive theme of overcoming one’s self. People who’ve yet to experience this title might not realize that Celeste is the name of a mountain, and the main character is Madeline. In climbing the mountain, this young girl teaches us the importance of perseverance, a virtue stacked on top of other lessons we discover throughout the story via great gameplay and dialogue. 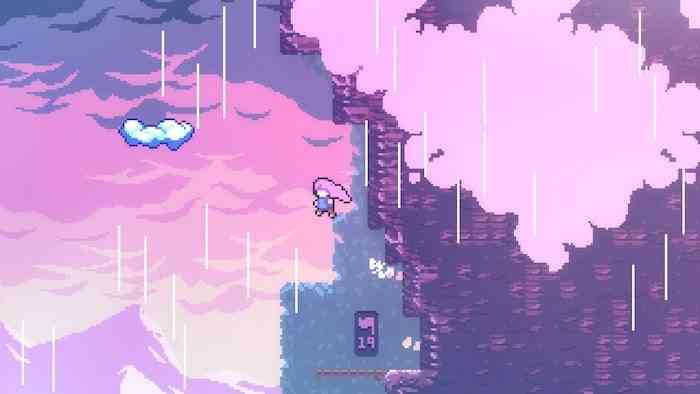 A story that hit the ground running but nearly lost itself in the ensuing carnage. Ubisoft’s maniacal brand of storytelling bled through in their latest chapter of the beloved shooter franchise, Far Cry 5, fleshing out a roster of motivated characters and cutthroat enemies. “The Father” aka Joseph Seed makes for another great addition to the rogue gallery, the standards of which soared in previous entries. The fifth backdrop dares to rock the boat, but the narrative stops just short. Overall, it maintained a crazy narrative in the middle of explosions. Nuance is almost disassembled by the fun factor, but balancing the two isn’t easy.

Quantic Dream’s forte is narrative, so is it any wonder Detroit’s on this list? It’s a story of an uprising, on the surface, but the circumstances come down to the player. The narrative holds water, thanks to the variable results of player choice, and there’s plenty of room for variables. Whether by success, failure, virtue, or viciousness, the conclusion ultimately hits the viewer on a personal level. More so because we’re a driving force of the events that follow our trio of heroes (or villains): Connor, Markus, and Kara.

They could have sat on their loins and told a generic Spider-Man tale, but Insomniac decided to weave something special. The result, one of the best iterations of Spider-Man. As familiar as we are with characters of the Spider-verse, the devs still managed to smack us with a fresh perspective. The villains have motivations that we can understand—and maybe even get on board with. As we learn about the side characters, we also learn that Spidey isn’t the only hero. More importantly, the on-screen relationships are a great engine for the plot.Topped off by the performance of Yuri Lowenthal as Peter Parker and Spider-Man, the narrative is bound to be remembered years hereafter.

The addictive loop behind Monster Hunter: World could have single-handedly sold the game, but Capcom knew better than to skimp out on narrative. So what sets this Fantasy adventure apart from the others? Absolutely nothing. It is an unoriginal spectacle, colonial yet compelling, and cliché but with cats. It fulfills its entertainment purposes and justifies the slaying of gigantic monsters. Another example of why you stick around for the journey and not the destination. Don’t get me wrong, though, it’s a well-written story that could easily have gone off the rails. Fortunately, it keeps its head.

Classic detective tales have become scarce, but Lamplight City brings a flicker in the dark. The game nails its steam-punkish atmosphere, which surrounds you as Miles Fordham, private investigator. Thanks to the complexity of cases and attention to detail, it’s easy to breeze through the retro pixels when you home in on the clues to a crime. Great dialogue, meticulous mysteries, and a well-rounded pair of protagonists are why Lamplight’s narrative shines in this year’s sea of stories.

A kooky take on a concept older than man, Flipping Death fulfills many a fever dream by placing us in the shoes of Death. Specifically, Penny as Death. More than a journey through time and dimensions, the narrative constantly drives on the edge of the rails with its ridiculous script of dialogue, subversive antics, and bizarre/quirky characters. A charming tale about Death is hard to pull off, which is why this particular narrative belongs on our list.

The aforementioned games make worthy additions to any library. The upcoming games, as we see it, contain narratives that will stand the test of time. Even if you can say the same about the titles we’ve covered thus far, we believe the next few stories simply edge out the rest, even if by a hair. Here are COGconnected’s top video game narratives of 2018.