What does it mean to exist? What is consciousness? What if you are too late to save the world? While many games focus on more immediate threats, InnerSpace not only asks existential questions, but does so without saying a word. Developed by PolyKnight Games, InnerSpace is a deeply relaxing and simplistic puzzle solving game inspired by the likes of Journey, Proteus, and Grow Home. Players will take control of Cartographer; a sentient flying construct reactivated by Architect to help him in his search for clues and information on the Ancients.

Long ago, the Ancients used Wind – their source of power – for everything in their world. Demigod’s then visited the realm and began stealing the Wind. This, added to the constant expansion attempts by the Ancients, lead to the destruction of all things and all sentient life. Architect – using bits of Ancient technology – has rebuilt Cartographer to be his assistant, but was surprised to discover Cartographer’s natural intelligence as they work together to learn about the Ancients and attempt to find salvation in a new world.

“While the face value of the world may be basic in appearance, the gameplay is both relaxing and somehow poetic.”

While the story sounds bleak, the game itself is anything but. The realm the Cartographer inhabits is simplistic by design, with sharp polygonal edges and flat colors. The most graphical detail in the game comes in the Cartographer itself and the various models players can switch between for added effects and abilities. While the face value of the world may be basic in appearance, the gameplay is both relaxing and somehow poetic. Cartographer is constantly moving forward; you can control its speed, but otherwise, you will be constantly flying unless you encounter a perch in which you can pause and adjust yourself in 360 degrees before launching. The flight controls are nearly identical to that of Battlefront 2, so if you have no problem in a TIE fighter than be prepared for a relaxing jaunt through the skies. The most interesting aspect of the various stages you’ll come across in InnerSpace is the fact every location is actually a dyson sphere. For the less nerd-inclined, a dyson sphere is something of a reverse planetoid in which a star lies at the center of a hollowed out planet with no way out as you travel on the inside of said sphere. 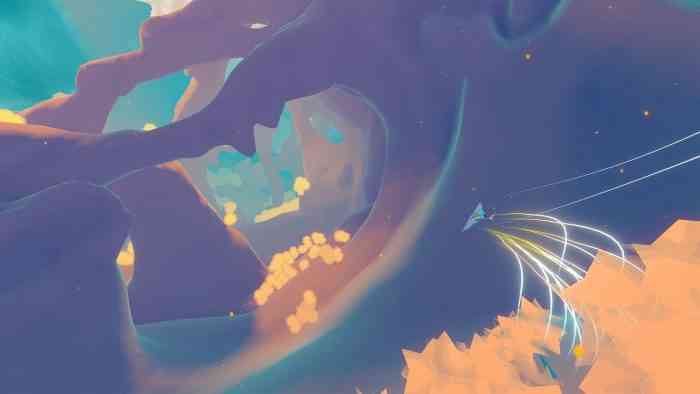 “relies entirely on its beautiful art style and effortless exploration to tell the story, and in this it succeeds.”

The constant flight and curving world can be a mixed bag: in some stages, it is a simple joy to glide through the air or barnstorm through a series of tiny tunnels, but some stages are so small it begins to feel terribly claustrophobic. You get used to having a certain amount of freedom to move and suddenly you must know how to turn on a dime to successfully navigate. InnerSpace does not bog you down with hit points or a “life” system – although ricocheting off of too many walls in succession will put you back at start – because it wants you to not only enjoy the flight, but focus on the deeper story at hand. While I was skeptical at first, the further I progressed in the game – and encountered the various boss battles – the more engrossed I was in the story of which, surprisingly, there was very little information. In fact, InnerSpace puts a lot of its power behind the story it chooses not to tell you with little in the way of explanations of your actions or even a HUD to assist you at all. This game relies entirely on its beautiful art style and effortless exploration to tell the story, and in this, it succeeds.

Where this minimalism drags on is the lack of objective markers or explanations. It’s nice when a game doesn’t hold your hand, but I did find myself with a new objective in InnerSpace to which the only advice the Architect gave me was to repeat its original non-informative dialogue. If the controls weren’t so easy to handle, then flying around attempting to discover my objective would have been terribly aggravating. It is still satisfying to overcome the game’s puzzles, and the lack of time limits let you go at your own pace, but I think a number of people are going to find the game challenging for the wrong reasons. 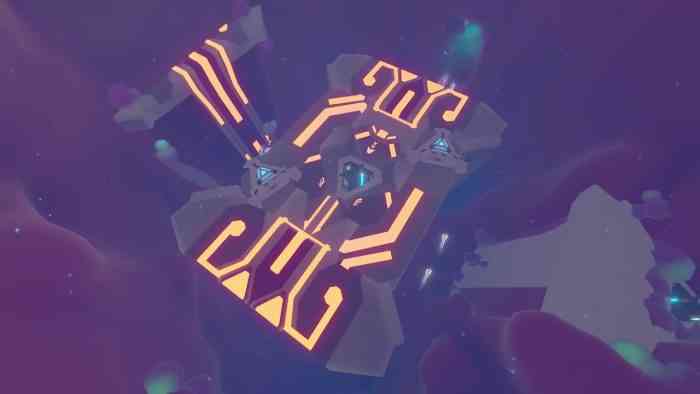 InnerSpace is a minimalist flight exploration game that sets out to tell a big story with almost no words at all. With an intriguing art style, easy to use flight controls, and an overall memorable experience, InnerSpace is a relaxing departure from the usual “run-n-gun” games we play about high speed/high stakes content. While the game poetically uses minimalism in its lack of direct information – instead relying on its art to tell the story – this can be a double-edged sword as players might find themselves lost on what to do next for quite some time. 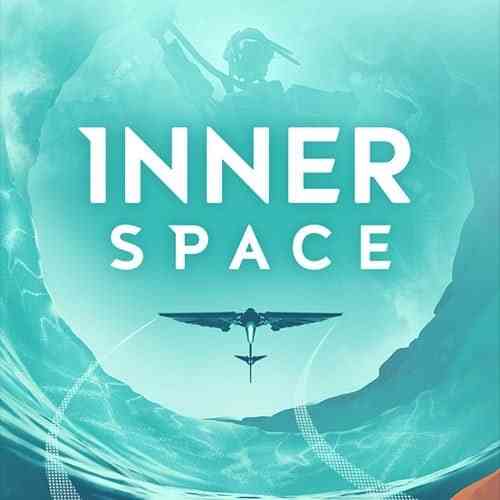