World to the West Review – A Treasure Trove of Delight

World to the West Review

Everyone enjoys a good adventure: gathering your band of merry men to thwart the bad guys and save the day. But what about when the band of merry men is more like four complete strangers who refuse to work together? Developed and published by Rain Games, World to the West is a standalone sequel to the hit title Teslagrad, set in the same universe but with a new story and all new gameplay. The game begins when Lumina, a Teslamancer, accidentally activates a portal alongside her younger siblings in the hopes they could see their father. When Lumina travels through the portal, it breaks on the other side, leaving her to try and repair it to get home. On her journey, Lumina encounters a strange witch in a cave alongside an ancient totem pole with four distinct faces carved into it – one of them is hers. The witch explains that fate is bringing together a team necessary to unveil the mystery of an ancient prophecy, and so the story begins.

My immediate impression was its obvious inspiration from adventure platformers like Legend of Zelda: A Link Between Worlds and Oceanhorn; clearly, World to the West drew from some strong games, and it would have a lot to live up to both in matching their quality but setting its own path as well. What I find the most fascinating about the game is the completely non-traditional “team” format the game has going for it. It’s a simple change, but one that has an incredible effect on gameplay: In most games, once the members of a party meet they are now a team. Games may include missions where the team is separated as a means of upping the stakes, but otherwise its simple team mechanics. World to the West, however, introduces the player to each of the characters and each character, in turn, has no interest in teaming up, instead going their own way or being forced to temporarily work in a team of two.

“I believe they made a team you can appreciate because of how non-typical they are.”

The map for the game is not small; sitting somewhat around the size of Legend of Zelda: Link Between Worlds, characters will need to traverse small mazes, defeat enemies, climb walls, and any number of basic adventuring skills to get around the world. The kicker is not everybody can complete each of the actions. Knaus is able to generate ice beneath his feet and skate across bodies of water, Clonington can climb and jump, Lumina is able to teleport, and Miss Teri can cover small gaps by using her scarf like a whip. This means each obstacle to overcome has multiple methods of defeating it, as no two characters will surpass the area the same way. On top of that – while fast travel points do exist – they exist individually per character. You’ll need to have each character visit each fast travel point to be able to use them. 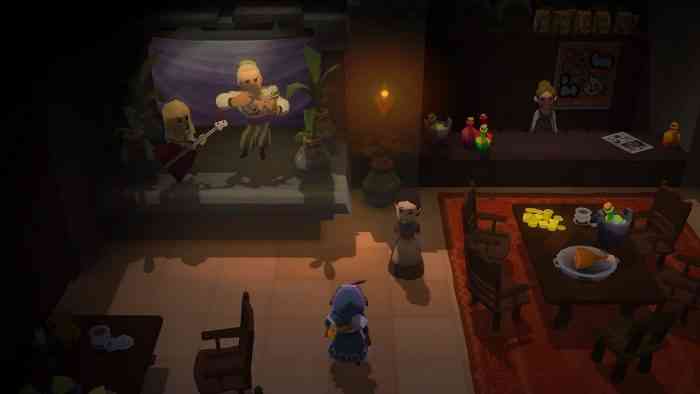 In fact, World to the West relies heavily on their colorful cast of characters being as different from one another as possible in their personalities, motivations, and abilities. Rain Games does an excellent job of giving them each unique voices, animations, and all around character. Despite how much I love Clonington’s impressive prowess in pugilism and his constant need to prove his bare-chested superiority by killing things, no one character stands out as a true favorite over the others. It’s a difficult balance to find and I believe they made a team you can appreciate because of how non-typical they are.

Knaus is a little-orphaned boy, tricked into believing he was shot to the moon alongside his fellow orphans to mine moon rocks necessary for the survival of people. Because they were on the moon, no one was allowed outside, until Knaus discovered a tree and sunlight pouring into one cave. Knaus is able to dig a hole in soft dirt and travel underground, as well as some very cool powers he unlocks later on. Clonington, as his name suggests, is a clone. He is a big, burly, hairy-chested strongman aristocrat who wants to prove his superiority to everyone by any means, and his ego may just be bigger than his muscles. The tank of the group, Clonington can break boulders, use fight combos, bull charge enemies, and generally is a lovable miscreant.

“it really is just a pleasure to get lost in the story.”

Lumina, as a teslamancer, is able to blink short distances in a bolt of electricity. She can also activate elevator pads simply by standing on them, as well as use her electric staff as a weapon to keep enemies at bay. Lumina unlocks some seriously fun abilities as the game progresses, and being the “fish out of water” character is handled with class. Finally, Miss Teri is a mercenary hired to retrieve an artifact for the game’s villain – the same man who uses orphaned boys to mine “moon rocks” for him. Upon her return, Miss Teri is double-crossed, and her sassy mouth does her no favors in getting out of a jam. Miss Teri is able to use her scarf like a whip to stun enemies as well as cross short gaps, but it’s her ability to mind control stunned enemies that stands out the most in both puzzle solving and combat. 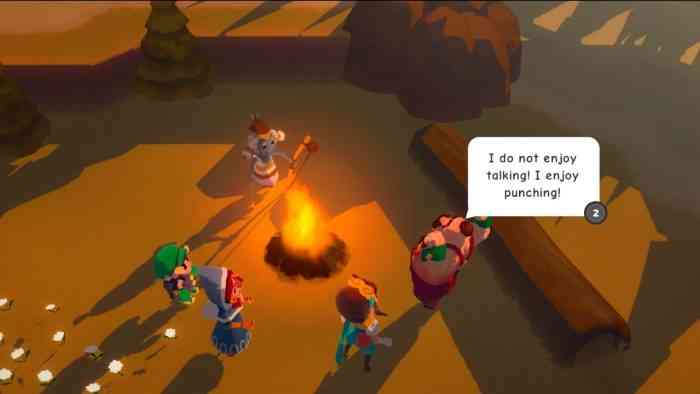 Each hero is worthy of their own story, but the way they come together – or in this case, don’t – makes the experience that much stronger. It is, however, a drag when you want to play as a certain character and are locked behind progressing the story or finding a fast travel point to even select them.

World to the West is a clever, bright, and very enjoyable adventure platformer with increasingly difficult challenges, unique and lovable characters, a host of great skills both from the start and to unlock, and it really is just a pleasure to get lost in the story. Each character has their own approach to combat, and not everyone is able to defeat an enemy, yet this doesn’t feel like an oversight – simply another trait of the hero in play. With an expansive open world, a variety of interesting enemies and some impressively challenging boss battles, World to the West’s biggest problem is its lack of guidance or log; taking a break from the game for a day or two might leave you confused on just what to do next when you sit down to play again. As a standalone sequel to Teslagrad, I have no doubt this game is just as good as its predecessor. 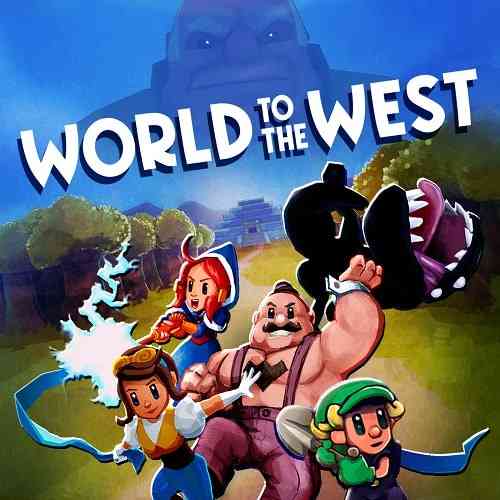