Canadian Cosplayers Making a Splash in Time For Aquaman

Diving into the Aquaman hype

Fishpeople have been making waves in Hollywood for a while now. Among them we have Ellen DeGeneres in Finding Nemo/Finding Dory, Will Smith in Shark Tale, the fishman who had sex in The Shape of Water, and most recently DC’s Aquaman. Now, we would have loved to see cosplays of Will Smith’s character in Shark Tale, but it appears fans may have missed the boat on that one. Fortunately, since Aquaman is being released in theaters this week, we have been seeing Canadian cosplayers breaching the surface of the cosplay community. Earlier this week, the Yorkdale Shopping Centre in Toronto held an “Aquaman Holiday Photo Experience” where fans had the opportunity to sit on the throne of Atlantis. Not only that, but they were given a complimentary photo op and a chance to win a trip to Los Angeles for a private screening of Aquaman. 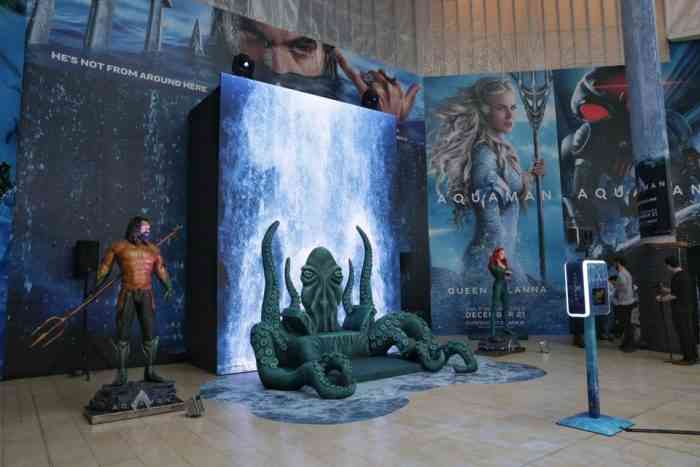 The event hauled in DC fans of all kinds, especially cosplayers. Toronto’s cosplay community brought forth DC characters of their own, inlcuding cosplays of the Joker, Superman, Supergirl, Batman, Mera, and of course Aquaman. The focus of this feature is the Canadian cosplayers Calvin Wong, who we see cosplaying Aquaman, and Terry Lee, as Mera pictured below. The two often team up in cosplay appearances at various Toronto fan events and expos.

Lee and Wong have been cosplaying together since 2014, debuting as a classic duo Batman and Catwoman. This cosplay of theirs has evolved since then. If you’re thinking “Boo! DC!” first of all: quit crying, and secondly: fear not, these two appear as Marvel and DC characters alike, as well as some other familiar characters.

Head over to page 2 for more great cosplay…


Jahara Jade’s Spectacular Cosplay Adds a Shine To These Characters

Alyson Tabbitha’s Cosplay Game is Out of This World

Behind Infinity Create Cosplay That is Amazing and Detailed

Anaelic is All About Beautiful Cosplays & Incredible Craftsmanship
Next Top Video Game Narratives of 2018, From the Unforeseen to Red Dead 2
Previous Super Smash Bros. Ultimate: 14 Fighters That Need To Be Included as DLC