Let’s get in out of the way: Unforeseen Incidents is a bad name. After all, the phrase “unforeseen incidents” could be used to describe pretty much any media, since what puts a story into motion is quite literally called the “inciting incident.” And Unforeseen Incidents deserves better, because it’s a point-and-click game with an interesting story and incredible art that people should experience. Developed by Backwoods Entertainment with both English and German voicing, I was attracted to the game because of its unique artwork and the classic format of the point-and-click—I was not disappointed.

The story follows Harper, an under-motivated handyman who, after meeting a woman dying of the newly spreading Yelltown Fever on the street, becomes wrapped up in exposing the dastardly secrets behind the virus. Along with a likable and determined reporter, Jane Helliwell, and a friend-of-the-family scientist, Professor McBride, Harper follows the virus through beautifully rendered cities and woods and meets a memorable and eclectic group of side characters. Only a couple times did I ever question the story: one, the world is so clearly set in a slightly alternate version of ours that many of the extremely current pop culture references felt out of place (“You’re a little short for a…”). Two, Harper was such a likable guy that his tricking of a friend early on and the heartbreaking (but beautifully acted) conning of a con man felt out of character for me, but for the most part I was eager to solve the puzzles so I could find out what was going to happen next. That is no small accomplishment, but rather the real core of playing a game like this. And, of course, it’s genuinely funny, something that isn’t as easy as many developers think it is.

Once and a while, the gameplay got a little buggy, making it difficult for that puzzle gratification. Even rarer than that, a bug so serious would come up and I’d wonder if I was going to be able to finish the game. Regardless of the bugs, the gameplay was still plenty challenging, but the elaborate fetch quests might have been a little clearer for someone who, unlike me, wasn’t coming down with a bad case of mono while playing. Pressing the space bar highlights all the available clickable items in a room, though, and that useful tidbit kept me going through many a rough patch. Many of the questing journeys made to unlock the next location were fun in themselves, and great side characters, like Trish, the library clerk, and Ranger Jervis, who made the path enjoyable. 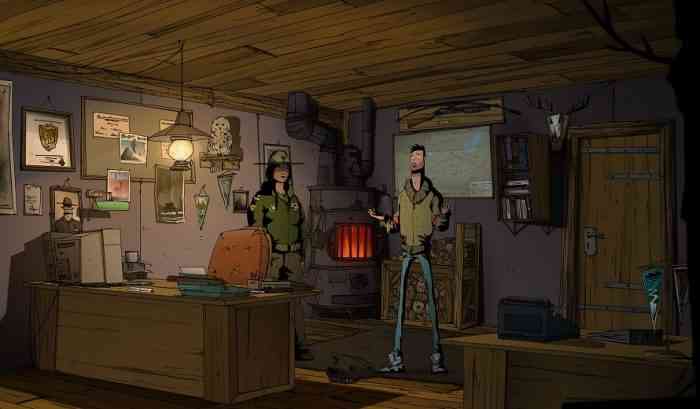 The hand-painted art always made going back and forth between locales looking for something an effortless, gorgeous experience, and while the characters didn’t exactly seem to be walking in that world, but slightly adjacent to it, their personalities were so expertly realized through their character design and voice acting that I didn’t notice after a while. The actors did a fantastic job voicing their characters, and if I thought the game’s replay value was a little higher, I’d give it another go in German with subtitles to see what the differences were. The rest of the sound design: the music, the background noise, all worked towards the unique and slightly-off-kilter atmosphere created by the fun and always fresh locations of Yelltown, Port Nicola, and everywhere else Harper and Helliwell trek off to.

Overall, Unforeseen Incidents occasionally stumbles in its accessibility through bugs or difficulty, but its story, humor, and art make it a great time piecing together clues in the world that Backwoods Entertainment has created. It might not have reinvented the genre, but given the opportunity, I’d grab a beer with Harper in this game or—we can hope—the next. 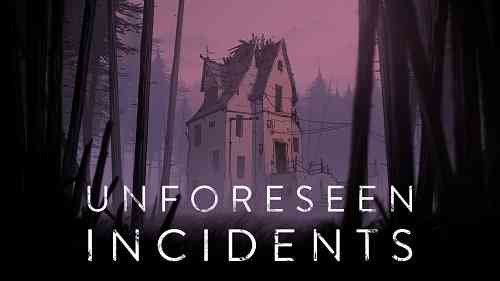 
Top Video Game Narratives of 2018, From the Unforeseen to Red Dead 2
Next Antigraviator Review – A Racing Game Oozing With Style
Previous Mario Tennis Aces Review – Mario Serves up an Ace on the Switch