It’s been a little while since Nintendo players saw a good Mario Tennis game – after some solid and deep titles like Mario Tennis Power Tour, we saw Mario’s game drop off drastically with 2015’s Mario Tennis Ultra Smash. But now, the wait has been worth it, as our favorite Italian stereotype once again puts on his tennis cap and hits the courts, with Mario Tennis Aces – a deep, fun and well-crafted Tennis game that brings the series back to greatness. It may be challenging at times, but this little Switch game packs in a lot of content and offers lots of modes to will make tennis fans happy.

As I commented on already in my Preview, Mario Tennis Aces brings back the depth and range of modes that many might have missed with Mario Tennis Ultra Smash on the Wii U. Perhaps the centerpiece is Adventure Mode, an RPG-like story that takes you around a map to solve the case of a cursed tennis racket. With cute little Toad by your side, you open up parts of the map by completing challenges – much like Mario’s other adventures. And kudos to Nintendo for making these challenges fresh and varied, as you’re not just playing tennis over and over; you’re solving puzzles, doing trick moves, and using strategies to overcome challenges and earn rewards.

The cute, funny dialogue and colorful cast of characters you’d expect from classic Nintendo games are also fully present in Adventure Mode, keeping things entertaining and engaging throughout. However, if I had a complaint it was that the difficulty curve ramped up unexpectedly at times. While some parts were a breeze, I would periodically run up against a really hard challenge of my physical and mental skills without expecting it. Don’t get me wrong – a challenge is good; I just like them to be a more smooth incline upward so I can build my skills and increase my effort accordingly. 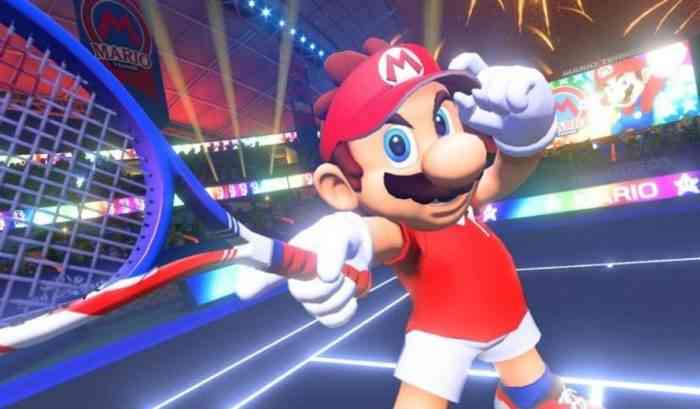 You don’t like Adventure Mode? No problem – Mario Tennis Aces offers a lot more ways to play. Tournament Mode gives you the familiar pyramid competition against AI like Bowser and Princess Peach, as you work your way up to win a series of Cups. It’s fun and almost like another Adventure, as you face different opponents each with their own skills and weaknesses. The game began with 16 playable characters, but more are apparently being added on a regular basis. Some of the characters are unlocked as you play, giving you something more to work for if a virtual trophy doesn’t do it for you. Mario Tennis Aces has nice variety and the replayability factor is high.

I also really liked Swing Mode – you detach the Joy-Con controllers and use them to “swing” your racket. This is pretty realistic and adds a nice twist to gameplay, and also makes for a nice way to play against your friends and family. As with any motions controls, it takes some work to get the subtler moves down, so it might be frustrating at first for some players to master.

Mario’s Got the Moves

Speaking of those subtleties, a lot of work has clearly gone into making Mario Tennis Aces a pretty deep simulation of realistic tennis, and that impressed me. There are a surprising number of different shots you can do – trust me, this is no mindless game of pressing one button to swing the same way over and over. In addition to the usual swing, the A, B, X, and Y buttons allow you to choose Topspin, Lobs, Slices, and even Drop Shots. Then there are Trick Shots, Zone Shots, Charged Shots and more that trigger when you get your timing and placement just right. To be honest, it’s all a bit too much to take in; I felt overwhelmed especially at first, and honestly, the game could space out the introduction of new moves a bit better.

In presentation, Mario Tennis Aces has the excellent polish and high production standards we would expect from a showcase Nintendo title. Animations are smooth and well-rendered, backgrounds are full of color and life, and sound effects and music all add to the high-quality feel. I felt that the presentation, especially in Adventure Mode, was right up to par with Super Mario Odyssey, and that is high praise indeed. Despite it having some similarities in look to Ultra Smash, Nintendo has put quality into Mario Tennis Aces, and I never got the sense that this was a rushed or recycled title. 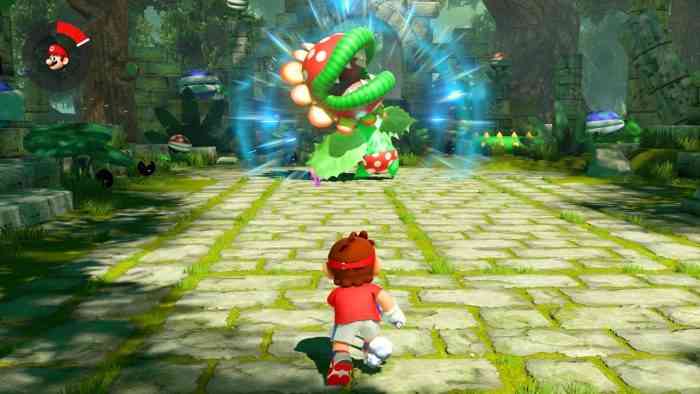 Put everything together, and Mario Tennis Aces is a great addition to the Switch lineup. For hardcore tennis fans, there’s lots of authenticity to the shot selection and special moves. If you like an RPG-style Mario adventure, there’s a deep and well-written mode that will keep you interested. And other layers, like Swing mode, Free Mode (vs. friends on the same Switch) and Tournament Mode give you lots of ways to play when you want to change things up. The game could do better to prepare you for unexpected moments of difficulty, but that doesn’t change the fact that Mario Tennis Aces is a really fun game and another essential title for any Switch owner. 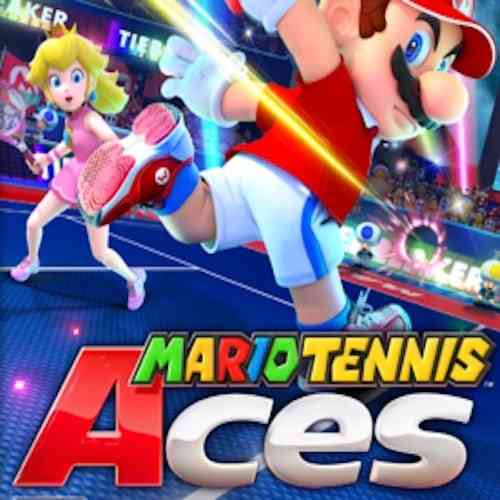